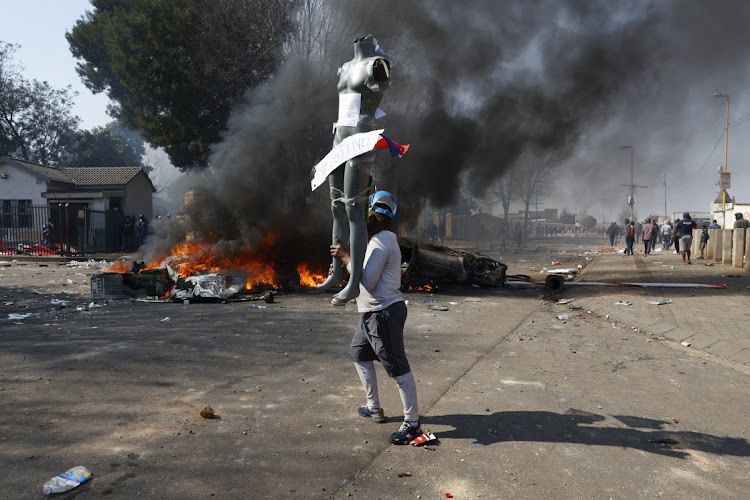 Some roads in the area were barricaded with rocks and burning tyres. Several buildings were set alight and at least four people  were killed. A community engagement was called by Ekurhuleni officials on Friday, but protesters said they wanted the mayor to address them.

“We would like to send our heartfelt condolences to the families and loved ones of the deceased, our thoughts are with them. We call on law enforcement agencies to protect lives and property and to bring the perpetrators of this violence and anarchy to book,” said Makhura.

In a statement later on Monday, Campbell also called for calm, saying she had delegated five members of the mayoral committee last week to engage residents on the memorandum they submitted to the city.

“However, that meeting unfortunately collapsed and failed to reach any resolutions. I will be contacting the premier of Gauteng through our inter-governmental relations channels to develop a co-ordinated approach to the impasse by government,” said Campbell.

“I call for calm to immediately be restored in Tembisa. Citizens have the constitutional right to protest, however,  acts of arson and vandalism to public infrastructure will not be tolerated,’’ said Campbell in a statement on Monday.

“As a multi-party coalition government we are concerned that the visuals we are witnessing in Tembisa are no longer community-based but rather a well-orchestrated operation to render the township ungovernable. We believe that the current destruction of public infrastructure is politically motivated and intended to undermine the progress of the new administration.’’

She said her government would continue engaging with the residents.

Instigators of the violence have still not been charged, which increases the possibility of a recurrence of civil unrest, Active Citizens Movement ...
National
4 weeks ago