GM has recalled more than 140,000 Bolts to replace battery modules after reports of fires 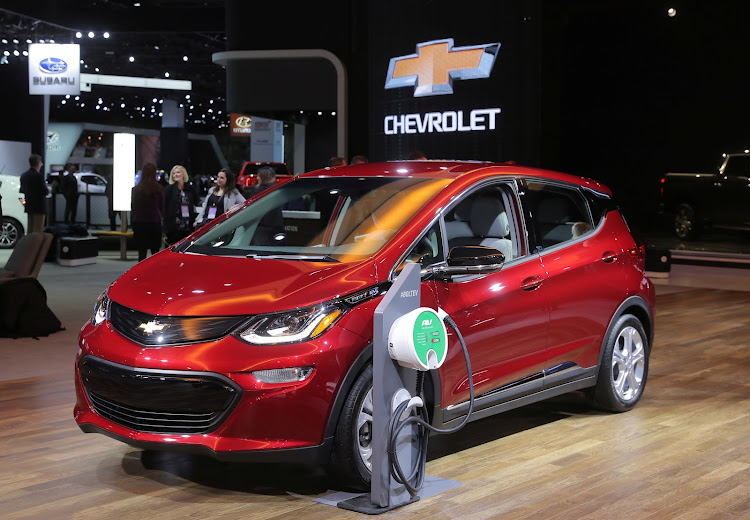 GM is advising Chevrolet Bolt owners to park at least 15.2m away from other vehicles due to the possibility of the battery pack catching fire. Picture: REUTERS

Washington — General Motors has recommended that Chevrolet Bolt electric vehicle owners parking in decks do so on the top floor or on an open level, at 15.2m away from other vehicles, citing potential fire risks.

The precaution would “reduce potential damage to structures and nearby vehicles in the rare event of a potential fire,” a company spokesperson said in an email. GM sent a notice to consumers who had asked about parking issues, he added.

GM had previously asked owners to park Bolt vehicles outdoors, away from structures, and to not charge them overnight. GM also urged owners to not leave Bolt EVs charging unattended, even if using a charging station in a parking deck. Bloomberg News reported the recommendation earlier.

In August. GM widened its Bolt recall to more than 140,000 vehicles to replace battery modules, at a cost now estimated at $1.8bn after reports of 10 fires. The carmaker said it would seek reimbursement from GM battery supplier, LG .

Last week, the largest US carmaker said it would extend a shutdown of a Michigan assembly plant by two weeks in the aftermath of the Bolt battery issue recall.

GM said the extension of the production halt at its Orion Assembly plant that will go through at least September 24 was “a result of a battery pack shortage” related to the recall.

GM will not resume Bolt production or sales until it is satisfied that the recall remedy will address the fire risk issue, it added.

The cost of the recall, mostly for its Kona crossover, of $900m shows how pricey the move to electric vehicles can be
Companies
1 year ago

The R340,000 Polo-sized car is part of VW's push to dethrone Tesla
Life
9 months ago

From the outside, the Mission R looks like the futuristic spawn of a Porsche Cayman and a Lotus Evora
Life
9 months ago
Next Article