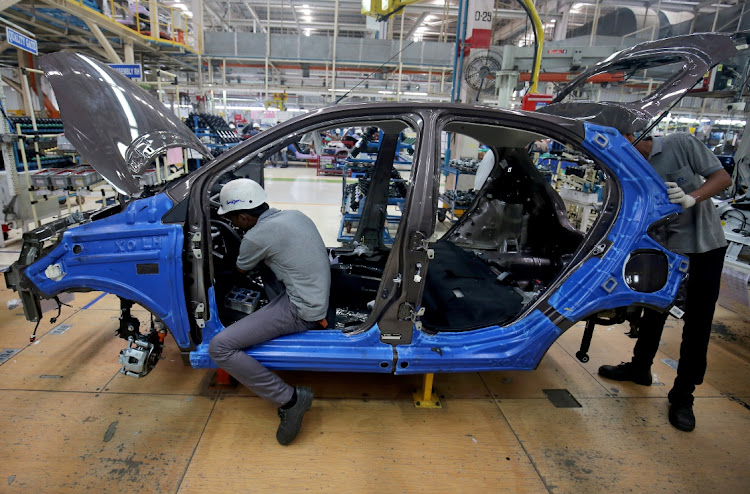 India is urging local carmakers to curb imports of electric-vehicle (EV) components and other automotive parts from China as Asia’s third-largest economy seeks to reshape its supply chains.

“It is important that certain automotive components, which are being imported from China purely on the back of cost competitiveness and development capabilities, be manufactured here,” said Amitabh Kant, CEO of government policymaking body Niti Aayog. “We should not become a major importing nation in electric-vehicle components like we’ve done in solar.”

India is trying to diversify its supply chains away from neighbouring China following deadly clashes between the world’s two nations along the disputed Himalayan border last year. The Covid-19 pandemic and global trade tensions with China have intensified the need for countries around the world to move manufacturing bases out of the country to reduce supply chain risks.

Kant said India is dependent on China for magnets used in the motors of EVs, semiconductor-based components and other electrical parts. This should “not only be minimised but eliminated”, he said at an event organised by the Automotive Component Manufacturers Association of India on Thursday.

“You’ve got to derisk the supply chain by boosting localisation, reducing dependency on imports and I would like to say imports from China,” Kant said.

With the transition toward EVs now inevitable, Kant said “Indian manufacturers must clearly read the writing on the wall and aim to secure a strategic position in the global value chain”.

While India’s government is pushing local vehicle makers to shift to EVs, the shift is happening far more slowly than other countries, with battery models accounting for only 1% of the nation’s annual car sales. Most Indian legacy carmakers are hesitant to make the switch due to scant charging infrastructure and the high price of electric models.

Maruti Suzuki India, the nation’s biggest carmaker by deliveries, doesn’t produce any EVs because of their cost.

“Electrification can only happen at large scale in India when the customer finds it is in his interest to buy an electric vehicle rather than an internal combustion engine,” chair RC Bhargava said at the same event. “Given the state of infrastructure in various areas, this process will take some time and the internal combustion engine vehicle will continue to be in production for many, many years.”

Mahindra & Mahindra, meanwhile, sells just one electric passenger car model, the e-Verito, which is made to order and even then only makes bulk production runs. Tata Motors leads the nascent sector with its best seller, Nexon.

“If established players don’t move toward electric vehicles, you will see start-ups disrupting all of you and they will capture a very large segment of the market,” Kant said.

A recovery in vehicle demand globally has contended with supply chain issues, but Metair returned to profit in the half-year to June
Companies
11 months ago