The cost of the recall, mostly for its Kona crossover, of $900m shows how pricey the move to electric vehicles can be 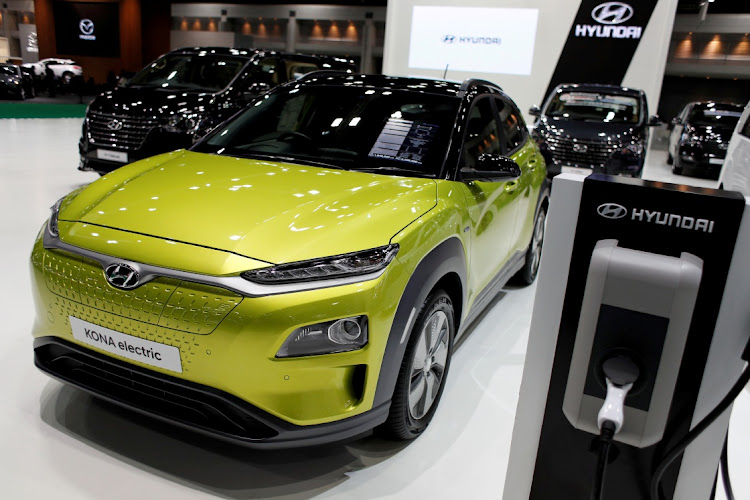 Singapore — Hyundai Motor’s recall of nearly 82,000 electric vehicles (EVs) highlights how costly the shift to the industry’s new frontier can be for all the carmakers piling in, both to their balance sheets and their brands.

The recall mostly affects Hyundai’s best-selling electric Kona crossover and stems from fire risks in battery cells produced in China by LG Energy Solution. It is expected to cost about 1-trillion won ($900m) and will be reflected in fourth-quarter results, though the final figure will be based on negotiations with LG Energy, the South Korean carmaker said Wednesday.

Government probes into issues such as battery fires can also lead to delays in model launches and hurt sales, Man and Chen said. That’s a “looming risk” for others such as Tesla, which was recently summoned by regulators in China over issues including battery fires and abnormal acceleration.

Globally, there have been 16 reported cases of Kona EVs catching fire, including in Canada and Australia in 2019, according to Yonhap News. The latest recall follows one announced in October involving more than 25,000 Kona EVs. That was also based on fire risk associated with LG Energy batteries. More than 5,700 Ioniq compact EVs and 305 Elec City buses are also being recalled this time.

Other entrants into the booming EV market have stumbled with safety issues, with Chinese upstarts Li Auto and Nio among those issuing callbacks. Tesla has faced battery-fire problems, as have traditional carmaker giants venturing into the EV arena, including Ford Motor, BMW and General Motors, which recalled about 70,000 Chevrolet Bolt EVs due to fire risk stemming from batteries also made by LG Energy.

LG Energy said on Wednesday that it will work closely with Hyundai on the recall and that it will improve safety protocols around its manufacturing and quality-inspection processes.

Like many others, Hyundai is ploughing resources and efforts into EVs. The company plans to spend 60-trillion won on this side of its business over the next five years, as well as develop autonomous and flying cars.

Hyundai’s swift action should at least help ensure demand for EVs won’t take too much of a hit, while its decisiveness is “a lesson for other carmakers”, said Kwon Soon-woo, an analyst at SK Securities in Seoul. “With the shift to EVs in its early stages, mishaps can’t be avoided. What’s more important is to cut your losses quickly so it won’t damage your brand image. Once you lose that, it’s going to be a long struggle for any carmaker to regain that confidence.”

Hyundai’s shares were little affected by news of the recall. After dropping 3.9% on Wednesday, they rose 4.3% on Thursday. They’ve doubled in value over the past 12 months.

Hyundai is conducting a major marketing campaign for its Ioniq 5, with pre-orders starting in South Korea on Thursday. The company aims to sell 70,000 of the vehiclesin 2021 and 100,000 in 2022, president Jaehoon Chang said this week. The Ioniq 6 sedan and Ioniq 7 SUV will also be added to its dedicated EV platform line-up.

SK Innovation will be the primary battery supplier for the Ioniq models.

“Hyundai wants to clamp down on any negatives from this recall by taking a pre-emptive move so it can focus on the Ioniq 5,” said Lee Han-joon, an analyst at KTB Securities in Seoul. “It can then fully focus on future EV models crucial to its success.”

The move into India will not be as easy as China, due to the lower levels of income and lack of EV charging infrastructure
Companies
2 months ago

LETTER: It is wrong to discount electric vehicles as irrelevant and costly

They are much better positioned than fuel cell vehicles for the passenger and light delivery vehicle markets, even in SA
Opinion
5 months ago

Stanford scientists take electric vehicle batteries to a new level, but can ...

Stanford scientists take electric vehicle batteries to a new level, but can ...