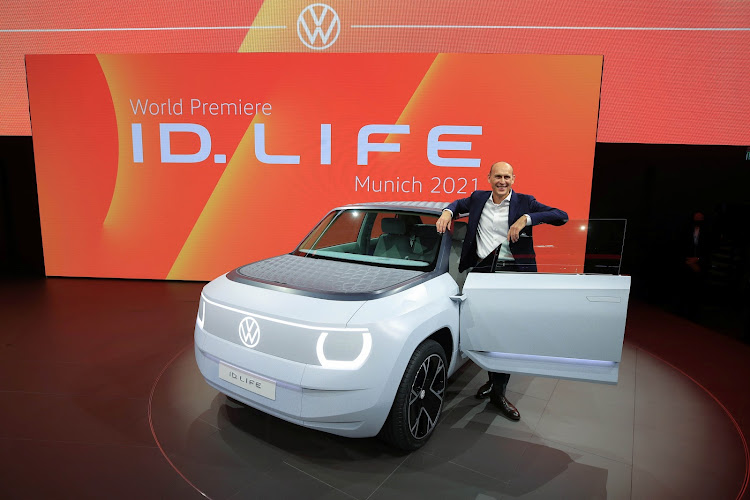 Munich - Volkswagen on Monday took the wraps off the ID Life, a fully electric small car to be launched in 2025 at a cost of about €20,000 (R340,000) in a bid to make battery-powered cars affordable for the masses and younger generations.

“The ID Life is our vision of next-generation fully electric urban mobility,” Volkswagen brand CEO Ralf Brandstaetter said at the IAA Munich car show. “This means we are making electric mobility accessible to even more people.”

The ID Life, which is at a concept car stage, is a key pillar of Volkswagen's goal to become the world's top seller of electric vehicles (EV) by 2025 and dethrone Tesla in part by commanding lower prices.

Similar in size to Volkswagen's Polo, the ID Life will be built by the company's Spanish Seat division and is based on the company's dedicated EV platform, a VW spokesperson said.

It also comes with a video game console and a projector and screen to show movies.

“The customer of tomorrow won't simply want to get from A to B; they will be much more interested in the experiences that a car can offer,” Brandstaetter said.

By 2030, Volkswagen aims to raise the share of all-electric models in its vehicle sales to at least 70% in Europe and to at least half in North America and China, the world's largest car market, where sales of the ID model family have so far struggled.

It is not yet known whether the ID Life will be coming to SA.