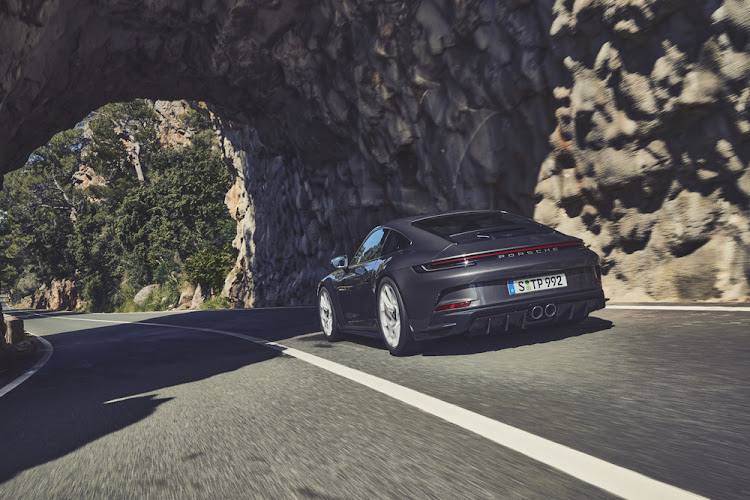 The large fixed rear wing is replaced by an extending spoiler that discreetly tucks away when not needed. Picture: SUPPLIED

The 911 GT3 is Porsche’s most purist and hardcore sports car, but there’s a slightly more subtle version for folk who like their adrenaline served with a bit more understatement.

Designed for customers who find the GT3's styling a little garish, the new Touring package has become available as an option on the latest, seventh generation GT3 launched earlier this year.

The package provides the high-performance thrills of the high-revving, 375kW 4.0l flat-six boxer engine without the standard GT3’s brash styling. The most conspicuous exterior difference is the omission of the large fixed rear wing. The required downforce at high speeds is instead supplied by an automatically extending rear spoiler which tucks neatly away when its road-hugging services aren’t required.

Silver-coloured trim strips made of high-gloss anodised aluminium on the side windows are another distinguishing feature that underlines the more discreet appearance of the GT3 with Touring package. The front end is painted completely in the exterior colour, unlike the dual-tone look of the regular GT3.

The cabin is decked out in a dark package unique to the GT3 Touring. You name it and it’s black: including the roofliner and the leather seats, while the trim elements on the dashboard and door sills are brushed black aluminium.

Transmission duty in the rear-wheel drive GT3 is served by a six-speed manual gearbox as standard, and for the first time the Touring package can be combined with the seven-speed PDK dual-clutch transmission at no extra cost. 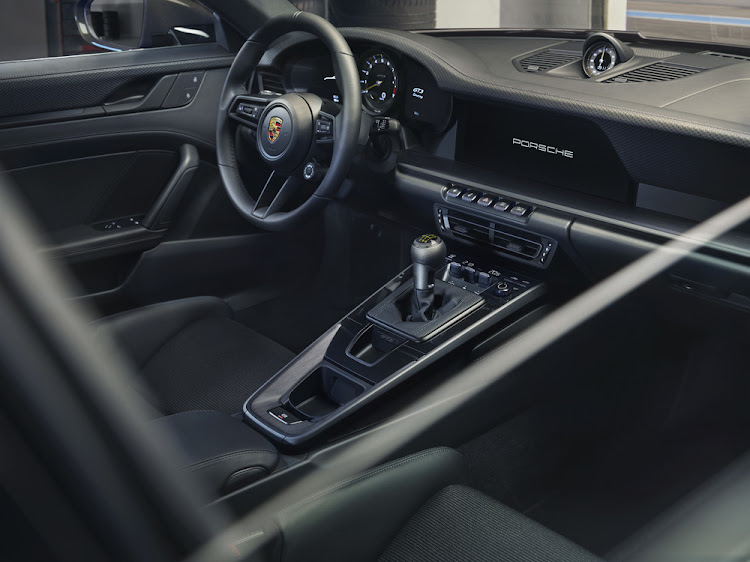 Nothing garish about the GT3 Touring's monochromatic cabin. Picture: SUPPLIED

The name “Touring package” goes back to a variant of the 911 Carrera RS from 1973. Porsche revived the idea again in 2017, offering a Touring package for the previous 991 generation of the 911 GT3.

A rear lid grille with the logo “GT3 touring” in unique design is located over the high-revving engine.

Porsche Design also offers a special chronograph for GT3 Touring customers. It features a winding rotor evoking the vehicle’s wheel design and the dial bezel in Agate Grey Metallic is based on the vehicle’s paint finish. The chronograph 911 GT3 with Touring package is worn with a strap made of Porsche vehicle leather with “GT3” embossing.

First units of the new Porsche 911 GT3 are expected to arrive in the fourth quarter of 2021. The Touring package can be ordered as an option at no extra charge.

It’s back with the new TT face, an added styling pack and a much higher top speed
Life
1 year ago
Next Article