Activity in the sector rebounded 55% year on year in the second quarter, according to an index compiled by the open-pit mining and building materials group 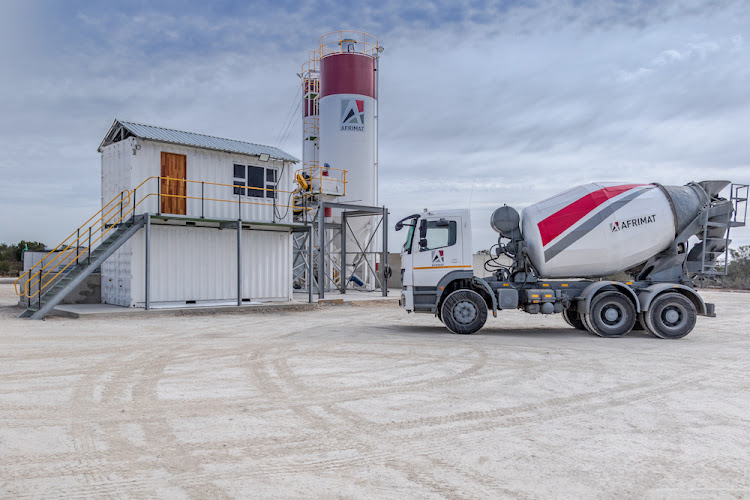 SA’s construction industry showed signs that its recovery built momentum in the second quarter of 2021, but there is still some way to go after the pandemic-induced crash, according to an index that tracks activity in the sector.

The industry employs about 8% of SA’s workforce, but is a disproportionately large building block for future economic activity and it, along with mining, were SA’s worst-affected industries in the second quarter of 2020.

Activity in the construction industry rebounded 55% year on year in the three months to end-June, also growing 4% quarter on quarter, according to building materials and mining group Afrimat’s construction index.

Afrimat noted on Wednesday that activity in 2021 was down 6.8% from the same period in 2019, but there were reasons to expect the recovery would continue, including rebuilding efforts after riots in Gauteng and KwaZulu-Natal in July.

“I’m quite bullish, I think there could be a recovery to 2019 levels in the next quarter or two,” said economist Roelof Botha, who compiled the index. By far the biggest factor was low interest rates, and the industry had been “quite sluggish” in responding to lower borrowing costs, possibly as a result of caution about an economic outlook that was now improving, Botha said. 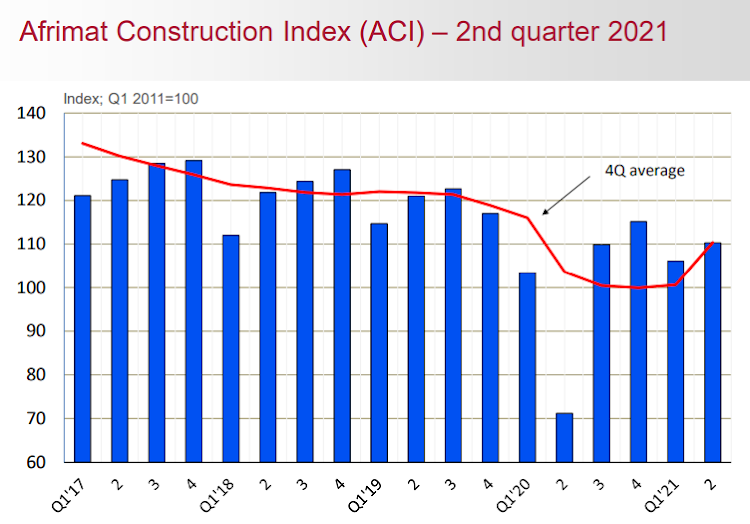 The index rose to 110.3 points in the second quarter of 2021, meaning that activity was 10.3% higher than in the first quarter of 2011, which is used as a base. The index has remained above the benchmark level for four-consecutive quarters.

The index uses nine sub-indices, including salaries and wages in the construction sector, the value of buildings completed, sales of building materials, as well as the passing of building plans.

Seven of nine of the sub-indices rose in the second quarter of 2021, an improvement from three in the first quarter.

“Following a predictable sharp decline during the second quarter of 2020, the index has emulated the trend of several key sectors of the economy by staging a swift and pronounced recovery from the worst of the Covid-19 lockdown regulations,” said Botha.

SA's construction sector continues to recover from the impact of Covid-19 as activity rebounded 55% year on year in the second quarter, according to Afrimat's construction index. Alishia Seckam spoke to independent economist Roelof Botha for more detail.

Botha said there were several other reasons to expect the recovery would continue in 2021, including a number of JSE-listed firms involved in the industry recently reporting robust results.

Examples cited by Botha include Cashbuild and Murray & Roberts, with the latter saying its “significant, quality” order book had reached a record R60.7bn to end-June.

The damage to buildings and infrastructure during the unrest that occurred in parts of KwaZulu-Natal and Gauteng during July will undoubtedly trigger substantial construction sector activity during the rest of the year, Botha added.

In addition to repair work, many of the retail centres and individual shops that were looted will upgrade their security and access control systems, which will further boost activity.

Update: September 8 2021
This article has been updated with additional information and commentary from Botha.

South Africans not yet ready for the death of the office

South Africans not yet ready for the death of the office