Two out of five SA borrowers cannot pay back loans

Instead of helping those most in need, unsecured lending has led a consumption-driven debt boom by those least able to pay back loans 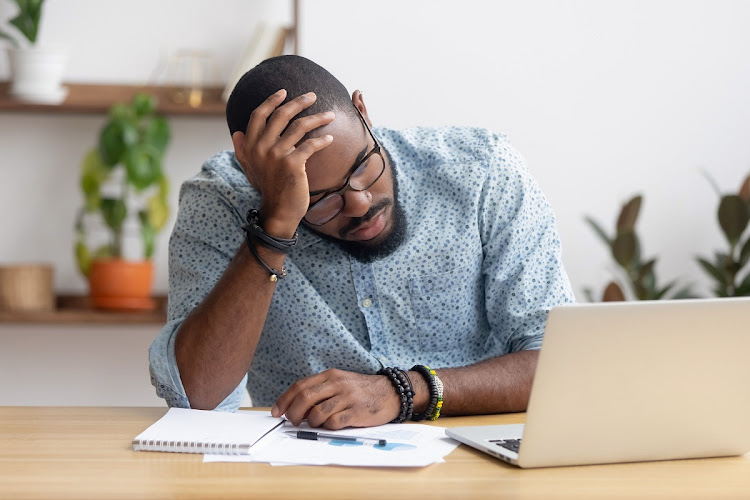 Lenders stay profitable by charging 'extortionate pricing' and rescheduling loans that are in default, according to a report by Differential Capital. Picture: 123RF/ALEKSANDER DAVYDOV

SA’s unsecured lending boom has left 40% of borrowers in default and millions of people in a debt trap, according to fund manager Differential Capital.

About 7.8-million of the country’s 60-million residents have taken out a combined R225bn of loans without collateral, mostly for short-term needs such as furniture and urgent family care, the Johannesburg-based firm said in a report.

SA eased controls on unsecured lending in 2007 to boost financial inclusion in one of the world’s most unequal nations. Faced with growing criticism, the industry has battled to improve its reputation even as regulation has improved. Instead of helping those most in need, the practice has led a consumption-driven debt boom by those least able to pay back loans, according to Differential Capital.

“It is a dysfunctional industry where lenders compete on the largest loan size, not on customer value, preying on financial illiteracy and consumer demand for credit,” the report said.

“Reckless lending is almost systemic in the industry.”

Even with the high number of defaults, the industry stays profitable by charging “extortionate pricing” and rescheduling loans that are in default, according to the Differential Capital report.

President Cyril Ramaphosa in August signed the National Credit Amendment Bill into law, setting the groundwork for over-indebted consumers to have payments suspended, in part or full, for as long as 24 months, or even scrapped if their financial situation has been found to have worsened. The bill applies to customers who earn a gross monthly income of no more than R7,500, have unsecured debt amounting to R50,000, or who have been found to be critically indebted by the National Credit Regulator.

Interest charges, once all associated costs are included, range from an annual rate of 225% for one-month loans to 34% for five-year loans. Two-thirds of customers pay more than a quarter of their net income to service their loans, the report said.

The SA Reserve Bank, which oversees banks, declined to comment.

“The industry has changed enormously over the last couple of years due to regulations,” Capitec CEO Gerrie Fourie said.

“The big players like ourselves have moved out of the lower sector and the slack has been taken up by the smaller shops. The biggest portion of the market complies.”

Although the number of loan defaults is high, it has come down in recent years, Fourie said. Capitec focuses more on longer-term debt with between 60% and 70% of the money it has lent used for needs such as education, vehicles and establishing businesses, he said.

The mining sector has been particularly hard hit. Two-thirds of the industry’s 450,000 workers have had unsecured loans and spend an average of 48% of their wages paying off debt, Differential said.

In 2012, the extreme indebtedness of miners was seen as one of the root causes for violent labour unrest that culminated in the massacre of 34 strikers at Marikana. In 2014, African Bank, the biggest unsecured lender, went bankrupt. In 2018, Net 1 UEPS Technologies was censured for allowing loan repayments to be taken directly out of social grants.

“Expensive loans used for consumption purposes create a transfer of wealth from the borrower to the lender — in SA's case from the poor to the rich.”

The DA is not happy with the law but the president says, regulations and certain provisions notwithstanding, the law is constitutional
National
2 years ago

While prescribed assets will not be the solution to SA's debt and developmental issues, the financial sector must reflect on whether it has done ...
Companies
2 years ago
Next Article

In an era of fiscal repression, formal-sector lending is the problem

In an era of fiscal repression, formal-sector lending is the problem