Investigation is being expanded to include streaming services which pay-TV operators say enjoy an unfair advantage, pay no tax and are subject to less scrutiny 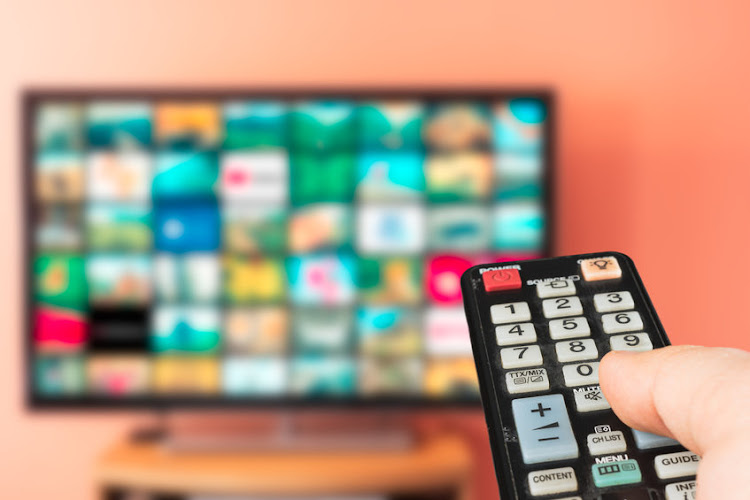 The Independent Communications Authority of SA (Icasa) will extend its long-running investigation into competition in the pay-TV sector as a rapidly evolving digital market exposes new areas worthy of scrutiny.

After issuing five pay-TV licences from 2007 and having only three of those holders launch services since then, the broadcasting and telecommunications regulator launched an inquiry in 2016 into the state of competition in subscription broadcasting.

But the rapid growth of streaming services such as Netflix, whose entry in SA challenges MultiChoice's stranglehold on the lucrative pay-TV market,  prompted critics to point to what they say are regulatory loopholes that make streaming platforms unfair competitors.

Among the issues that the regulator will investigate are the scope to push up the number of operators, find ways to get companies with no clear physical boundaries to pay the appropriate amount of tax, and tighten licensing requirements for streaming companies.

Critics say the regulator has been slow in coming up with new policies for effective competition and has failed to close loopholes that have allowed new technologies to operate largely without regulatory scrutiny.

“Due to the authority’s commitment and mandate to ensure that markets are effectively competitive, Icasa commenced the inquiry” after two of the licensees that offer services faced sustainability challenges. Two other providers have yet to launch their services.

MultiChoice — the biggest local pay TV provider — has railed against deep pocketed international services such as Netflix, saying they enjoy unfair advantage because they don’t pay SA taxes and aren’t subject to as much regulation as local operators. For example, local operators have quotas on the amount of local content that they need to produce and screen.

The government has proposed that these companies contribute to the fiscus through a “digital tax” but they have yet to be implemented. One of the main stumbling blocks is double-taxation agreements that allow some companies to be taxed only in their home nation or jurisdiction.

Icasa hopes to use the inquiry to create a fair policy and encourage competition while ensuring that new online streaming platform are also regulated. However, the appears to be taking longer than the regulator had expected.

Icasa chairperson Keabetswe Modimoeng says more work needs to be done, in the current financial year, to understand the market after preliminary findings from the six-year process.

“Upon considering the draft findings emanating from the inquiry, [Icasa] is of the view that further consultation and engagement with stakeholders is required, as any regulatory intervention in this market ought to take account of current policy developments, as well as recent technological and market trends, including entry of complementary and competitive services introduced by, among others, OTT [over-the-top] players”.

The watchdog says the extended process will include the publication of a questionnaire for comments and information from interested stakeholders. A full inquiry that includes publication of an updated discussion document, “as well as public hearings, to come to a conclusive determination of the subscription TV market dynamics,” will be undertaken.

OTT mainly refers to online video streaming players such Netflix, Amazon Prime Video and, by the end of May, US entertainment giant Disney+. On-demand streaming is the biggest disruption to the pay-TV market since satellite television came to SA in the 1990s.

But MultiChoice is likely to continue being in the spotlight. In SA, it has tended to compete with free-to-air services such as national broadcaster SABC, along with eMedia’s e.tv and OpenView. However, video-on-demand players do compete directly for a share of consumer wallets.

In its initial findings — published in 2019 — the regulator found that the market was dominated by the DStv operator, which it described as having “significant market power on the basis of high market share and the nature of its vertical integration, which the authority considers to harm competition”.

DStv recently launched the Explora Ultra decoder, which offers YouTube, YouTube Kids, Amazon Prime, Netflix, Showmax and DStv Now, and MultiChoice is looking to do for online streaming what it has done for local broadcast television with DStv: aggregate content in one place.

MultiChoice has been at odds with free-to-air players recently E.tv owner eMedia took it to the Competition Tribunal after it discontinued broadcasts of four e-channels on DStv. MultiChoice has also hit out at calls by the SABC for the regulator to place a limit on advertising revenue received by subscription broadcasters.

Streaming service to launch on May 18, but it is facing stiff competition
Companies
1 week ago

NEWS ANALYSIS: Promise of new spectrum amid minefield of issues

SABC apologises to minister amid threats of funding cuts