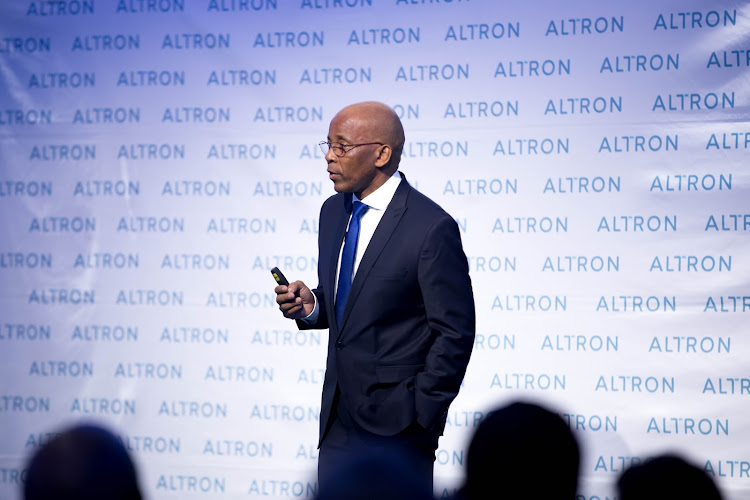 Altron’s shares have surged to an 11-year high, but major investor and turnaround specialist Value Capital Partners (VCP) has no plans to cash in any time soon.

Altron, the former JSE heavyweight that owns Altech, Bytes Technology Group and Netstar, was floundering when VCP invested R400m in the technology group in December 2016.

Its shares back then were at R6.95, reflecting the group’s hefty debt burden and strategic missteps under previous management, including a decision to hang onto its struggling and noncore manufacturing assets.

But confidence has returned to the stock since VCP bought a 15% stake in late 2016 and new CEO Mteto Nyati managed to boost earnings, offload the group’s manufacturing assets and slash debt.

VCP had been set up just months before making the investment by well-regarded investors Antony Ball and Sam Sithole, both from Brait.

On Thursday morning, Altron’s shares opened at R28.15, giving the company a market capitalisation of R11.2bn, its best valuation since 2008. In 2007, Altron was one of SA’s largest listed firms, with a market value of R15.2bn.

VCP, which has built up its stake to about 21%, plans to hang onto that investment “for the long term — three to five years”, and is “fully supportive of management and the board”, Sithole said.

“We don’t expect to increase our current stake in Altron, only because of the relative size of our Altron stake in our portfolio, otherwise we would have been buyers at the current levels.”

Sithole said Altron’s new strategy — focused on cloud computing, the internet of things, security and data analytics — makes sense, and the right team is at the helm to drive it.

“Mteto has done a great job in, among other things, assembling a talented and transformed leadership team, as well as setting a clear strategy for the group.”

The results were boosted by “key wins in both the private and public sectors, such as fintech and vehicle-tracking contacts, both in SA and Australia”, Klipin said.

And Altron, a major reseller of Microsoft products in the UK via Bytes UK, recently won a five-year contract worth R2.7bn with the National Health Service.

“The focus as an information and communications technology player, and the new management team, has resulted in strong financial metrics, with strong organic growth,” Klipin said. “The reduction in debt and a high-profile board of non-executive directors bodes well for the future.”

Maria Ramos stands out in Tito Mboweni’s PIC interim board

Has Grand Parade had its fill of Spur?

Has Grand Parade had its fill of Spur?