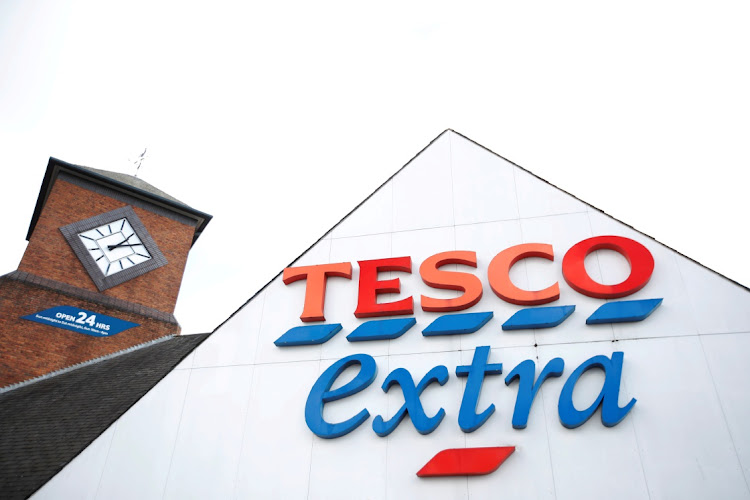 London — British shoppers’ desire to celebrate Christmas at home spurred Tesco and Marks & Spencer to the top of the festive retail pile as demand for premium food, wine and Champagne prompted both retailers to upgrade profit forecasts.

The rapid spread of the Omicron coronavirus variant in the weeks before Christmas left many pubs and restaurants deserted, as shoppers turned to the supermarket aisles instead and entertained smaller groups of people at home.

Tesco, the country’s biggest supermarket chain, sold more than 8-million bottles of Champagne and sparkling wine, while Mitchells & Butlers, which manages pubs, bars and restaurants reported a 10.2% decline in sales in the four weeks around Christmas compared with pre-pandemic trading.

There was also pressure on the fast-fashion front, with one-time stock market darling ASOS reporting that its sales, while in line with downgraded forecasts, had been limited by volatile demand and supply disruptions.

“This put us in a strong position to meet customers’ needs as, once again, Covid-19 led to a greater focus on celebrating at home,” he said.

M&S, Britain’s best known stores group which is recovering from a decade of decline, said food sales in the 13 weeks to January 1 rose 12.4% from its pre-pandemic performance two years ago, while clothing and home sales were up 3.2%. Both numbers were better than expected.

British clothing retailer Next set the tone for the festive reporting season when it published results last week showing that consumer demand had been much stronger than expected.

Since then supermarkets, sportswear groups and furniture sellers have reported strong Christmas sales, however almost all caution that 2022 will be tough when British consumers are expected to be clobbered by a rise in energy costs, taxes and general inflation.

Next and ASOS said they had introduced some price rises to counter surging cost inflation from higher wages, freight and manufacturing. German discount supermarkets Aldi and Lidl have said they will continue to maintain the lowest prices, keeping the pressure on the sector.

Surveys show that consumer spending held up well to the end of December, but even though some Britons conserved cash while working from home, they are expected to rein in spending in 2022 as the cost of living jumps.

Tesco and M&S shares both slipped in early trading, because they were expected to upgrade forecasts. ASOS stock was up 6% after saying it would move to the main stock market, broadening its possible shareholder base.

Another rally for Steinhoff shares as Pepco reports success in Europe

Another rally for Steinhoff shares as Pepco reports success in Europe