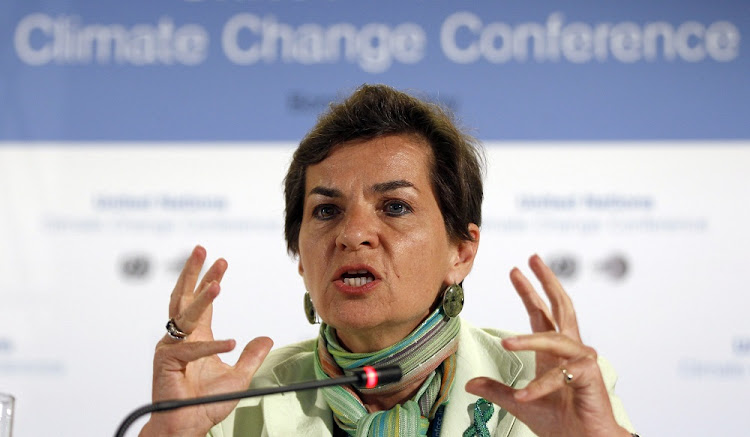 The world’s sovereign wealth funds, representing about $10- trillion in combined assets, will end on the wrong side of history if they cling to strategies that fail to acknowledge how rapidly the planet is overheating, according to the woman who presided over the Paris Agreement.

Christiana Figueres, the former executive secretary of the UN Framework Convention on Climate Change, says wealth funds need to update their strategies and stop just looking for ways to “take advantage” of the increase in global temperatures for economic gain.

“Sovereign wealth funds’ concern with climate change has so far focused overwhelmingly on managing climate risk and taking advantage of the opportunities resulting from the low-carbon transition,” Figueres told Bloomberg. “Given the gravity of the climate crisis, this is no longer sufficient.”

The industry’s failure to meet the moment means that trillions of dollars that could be mobilised to fight rising temperatures are still being channelled into strategies designed mostly to maximise economic returns, according to Figueres. Wealth funds “need to take an active role in reducing their portfolio carbon footprints”, she said.

Her warning comes amid growing anxiety that the investment management industry is using environmental, social and governance (ESG) strategies as yet another way to generate more money, without making much of a meaningful impact on climate change or social justice. In Europe alone, fund managers have already had to strip the ESG label off $2-trillion in assets in anticipation of more rigorous regulations. And the wealth management arm of Deutsche Bank made headlines last week as it is probed in the US and Germany amid allegations of greenwashing.

The former UN executive did not accuse wealth funds of greenwashing. But she bemoaned what she characterised as the industry’s failure to embrace strategies that commit to a lower carbon footprint. Scientists have made clear that cutting greenhouse gas emissions is the only hope the planet has if it is to avoid a climate catastrophe.

Based on current trends, we are on track to run out of the emissions budget to stay within 2°C of warming in 2044. And as soon as 2028, we will have exhausted the emissions budget to stay within 1.5°C. This underlines the need for immediate, concrete policy action to accelerate decarbonisation. Achieving mid-century climate goals will not be sufficient, unless intermediate milestones are also hit. To achieve net zero, every sector of the energy economy needs to cut emissions completely by mid-century.

Like other countries with sovereign investment vehicles, Norway has not signed up its $1.4-trillion fund to the Net-Zero Asset Owner Alliance. Figueres says that if Norges Bank Investment Management (NBIM), the world’s biggest wealth fund, became a signatory it would be a game changer.

“NBIM is a highly influential investor and is recognised worldwide as a leader in corporate governance, transparent reporting and active ownership,” Figueres said. “Its example would be noted all over the world.”

Norway’s finance ministry is going over a report commissioned by the government that reassesses the wealth fund’s exposure to climate risk. That report, published earlier this month, recommends aligning portfolio companies with net-zero targets by 2050, in keeping with the timeline set out under the 2015 Paris Agreement. But it does not explicitly advise signing up the fund to the net-zero alliance’s goals.

Finance minister Jan Tore Sanner has already said he does not want Norway’s wealth fund to stray from its mandate of putting financial returns first. And the government he sits in has repeatedly stressed that it does not want to turn the fund into a climate policy tool.

Figueres said that “choosing not to have emissions targets for the fund is at least as much a political act as adopting such targets”.

Norway’s wealth fund said it had nothing to add to previous statements, in which it has made clear it expects portfolio companies to follow the Paris Agreement.

The International Forum of Sovereign Wealth Funds in London suggested too much focus is being placed on net-zero goals. “The singling out of sovereign wealth funds on climate is rather overplayed,” said Victoria Barbary, a spokesperson for the forum. According to several asset-owner surveys, “sovereign wealth funds are pretty much in line with their peers, as a group, though of course there is variation between them”.

A 2020 study by the forum showed that just more than one-third of wealth funds had a formal climate change strategy in place. It said Norway’s sovereign investment vehicle was among “early adopters”.

The sense of alarm around global warming rose significantly earlier in August as the UN’s Intergovernmental Panel on Climate Change released its latest assessment, revealing that the globe is heating up much faster than previously thought.

Figueres said the latest evidence of overheating puts even more pressure on the 26th UN Climate Change Conference of the Parties (COP26) in November to come up with meaningful policy steps to fight global warming.

“The importance of this year’s COP cannot be overstated,” she said. “It could be a make or break moment for humanity.”

Education system and labour laws are often blamed for SA’s high unemployment, but the retirement fund industry’s role must be considered
Opinion
3 weeks ago

1.
FUTUREPROOF | Cybersecurity and resilience in an ...
Business
2.
Unlock your personal wealth at the 2017 BDFM ...
Business
3.
Rethinking the concept of leadership in SA
Business
4.
Wealth funds’ ESG goals fall short on tackling ...
Business
5.
PODCAST | The JSE’s CEO on the state of the SA ...
Business

HERMAN DE KOCK: Business investment in green economy is key to fight against ...

ESG is an investment driver for real estate and construction

1.
FUTUREPROOF | Cybersecurity and resilience in an ...
Business
2.
Unlock your personal wealth at the 2017 BDFM ...
Business
3.
Rethinking the concept of leadership in SA
Business
4.
Wealth funds’ ESG goals fall short on tackling ...
Business
5.
PODCAST | The JSE’s CEO on the state of the SA ...
Business

HERMAN DE KOCK: Business investment in green economy is key to fight against ...

ESG is an investment driver for real estate and construction