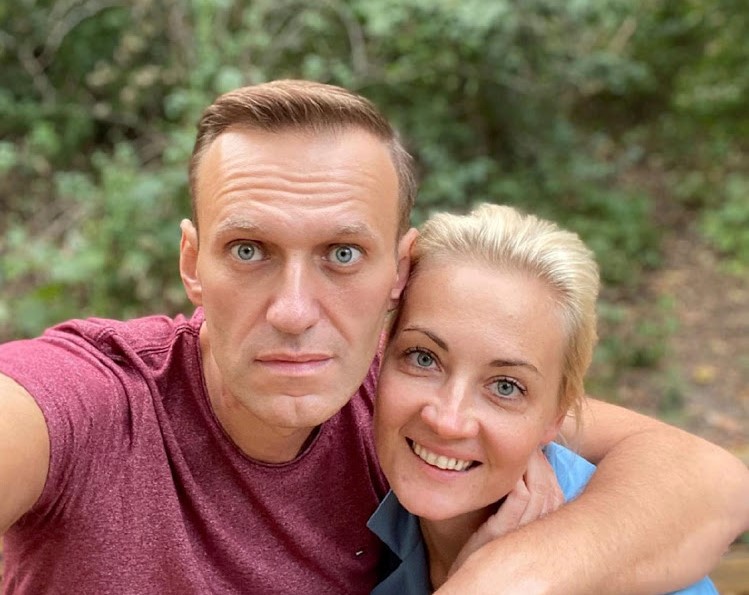 Moscow — Russian opposition politician Alexei Navalny said on Friday that he owed his life to the pilots who made an emergency landing when he collapsed on a flight last month, and the paramedics that diagnosed poisoning and injected him with atropine.

Navalny thanked his “unknown good friends” in the latest of a series of Instagram posts charting his gradual recovery from the poisoning, which German, French and Swedish laboratories have established was carried out with a nerve agent. Russia denies poisoning him and says it has seen no evidence.

“As far as I understand ... the killers’ plan was simple: I will feel bad 20 minutes after take-off, after another 15 minutes I will pass out,” said Navalny, who collapsed shortly after his flight took off from the Siberian city of Tomsk on August 20.

“Medical assistance will be guaranteed to be unavailable, and in another hour I will continue my journey in a black plastic bag on the last row of seats, terrifying passengers going to the toilet,” he added with characteristic black humour.

Though he has not been allowed to form a political party, Navalny has been a thorn in the side of President Vladimir Putin for the past decade, using YouTube and Instagram to publish stinging investigations of official corruption.

He thanked the pilots for diverting the plane to Omsk, despite a bomb warning that was phoned through to the airport there. He also credited the airport medical officers and ambulance team who “did not say any lies about diabetes, and so on, but immediately clearly said: ‘This is toxic poisoning’ and gave me a dose of atropine”.

Contradictory accounts have emerged of when and where Navalny was given atropine, a drug used to treat nerve agent or pesticide poisonings. Medical experts have said it probably saved his life.

Sources had previously said that paramedics gave him injections, but not of atropine, and that this was administered later when he was admitted to hospital in Omsk.

Navalny was discharged from a Berlin hospital earlier this week and has said he will undertake daily physiotherapy.

The latest Instagram post showed him hugging his wife Yulia and gazing straight into the camera with a neutral expression, saying, “Thank you, good unknown friends. You are good people.”

Angela Merkel, who grew up under communist rule in East Germany, is the lone voice calling Putin out on his behaviour
Opinion
7 months ago

LUNCH WITH THE FT: Alexei Navalny, the Kremlin’s flawed but rudely defiant nemesis

Followed by ‘trolls ’ even to lunch, his brother once jailed and now jobless, spending years himself under house arrest — Navalny is angry and not ...
Life
1 year ago