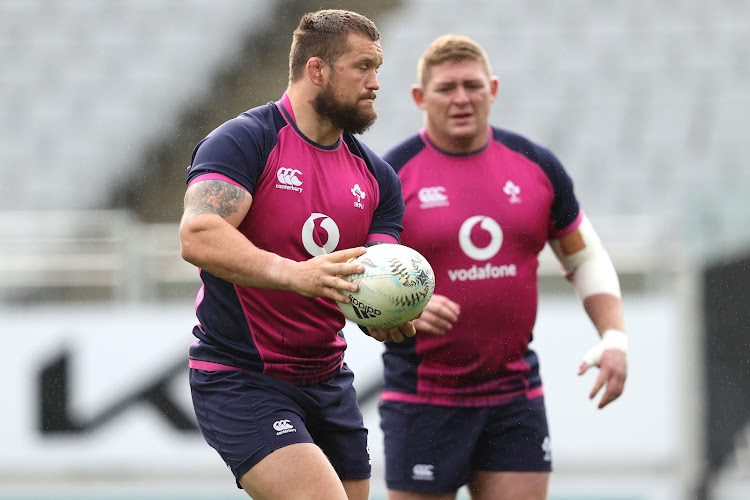 Ireland prop Andrew Porter will not be further sanctioned for the high tackle on Brodie Retallick in last weekend’s third Test that left the All Blacks lock with a fractured cheekbone.

Porter was shown a yellow card and cited for the clash during Ireland’s 32-22 victory at Wellington Stadium on Saturday, which gave the tourists a first series win in New Zealand.

A judicial committee concurred with referee Wayne Barnes that Porter’s tackle was “absorbing” in nature and therefore did not meet the red card threshold. The citing for a dangerous tackle was dismissed.

New Zealand fans were upset at the apparent double standards as All Blacks prop Angus Ta’aavo had been shown a red card in the second Test for a similarly high challenge on Ireland’s Garry Ringrose. Ta’aavo was banned for three weeks.

To add insult to injury for the All Blacks, Retallick will be sidelined for up to two months and will miss the Rugby Championship.

• England prop Joe Marler said he has no recollection of having children after a blow to his head during a match, admitting that the incident scared the life out of him.

Speaking a few days after former Wales captain Ryan Jones revealed that he had been diagnosed with early onset dementia, Marler said he is against removing the element of danger in rugby and backs players to make informed decisions.

But the 32-year-old recalled how he “broke down” after a Premiership game in 2016 in which he took a heavy blow to the head when he went in to tackle Billy Vunipola.

“I was out cold and I remember being in the physio room next and the kit-man came in. I broke down and I had no recollection of having kids,” Marler told TalkSport.

“It just really scared the life out of me.”

Marler said he felt sorry for Jones, who was told by doctors in December that he was one of the worst cases they had seen and that he was also diagnosed with probable chronic traumatic encephalopathy.

“It’s awful for Ryan to be told that and be going through that. I’ve just buried my head in the sand ... because it scares me. I just ignore it,” Marler said.

“But the more it comes out and the more apparent it becomes in the sport, the more boys are getting diagnosed with this stuff. It’s sad.

“There’s always going to be that element of danger. You don’t want to remove it so that it isn’t rugby any more. But you do want to be well informed going into it.

“As long as I am informed what the dangers are, I can make an informed choice.”

All Blacks coach gets last chance in SA Test series

Supercharged Boks have work cut out as All Blacks loom