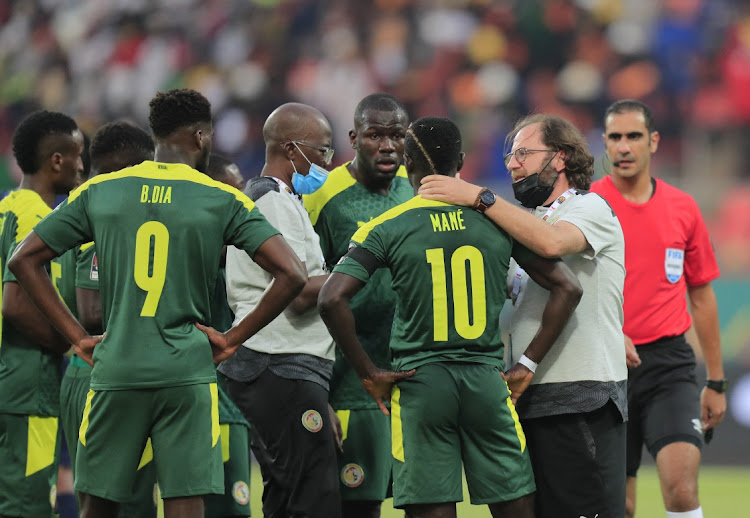 Senegal have been criticised after Sadio Mane continued playing despite suffering suspected concussion in a “sickening collision” with Cape Verde goalkeeper Vozinha, the BBC reported on Wednesday.

Mane remained on the pitch for several minutes despite appearing to sustain a head injury in the incident during Tuesday’s Africa Cup of Nations match. The Liverpool striker scored before eventually being substituted.

“On the face of it, this seems to be yet another example of football putting results ahead of player safety,” said Luke Griggs, deputy CEO of Headway.

“This was a sickening collision that clearly left both players in enough distress for a concussion to have surely been considered a possibility at the very least. At that point, the principle of ‘if in doubt, sit it out!’ should have resulted in Mane being substituted without another ball being kicked.”

Vozinha was sent off for the challenge with Mane and had to be helped off the pitch while visibly unsteady on his feet.

Mane, however, remained on the pitch, despite seeming to lose consciousness in the incident. Six minutes later, he scored an excellent goal for Senegal, before laying down on the halfway line. It was only then that he was substituted.

“The image of the player collapsing on the ground and having to be helped from the pitch after scoring his goal should tell you everything you need to know about the impact and the effect it had had on his brain,” added Griggs.

“Yet again, the desire to win is seen as being worth serious risks to players’ health. It is simply shocking that this continues to happen.

“This is now a real test of leadership for the Confederation of African Football (Caf) and world governing body Fifa — particularly if Senegal declare Mane fit for Sunday’s quarterfinal.

“If football wants to be taken seriously when it comes to concussion, it simply must take action to enforce and strengthen its protocols.”

In a statement from the Senegal FA, team doctor  Abdourahmane Fedior said Mane had been “replaced due to the vertigo he had on the pitch” after scoring.

“After this we felt it was safer to bring him to the hospital for a scan, which didn’t reveal any brain injury or bone lesion. We left the hospital a few moments later and we went to the hotel. For now, he feels well.

“All the symptoms he had on the pitch disappeared. It needs to be followed closely though and we will see in two days how he feels.”

Liverpool’s medical team will speak to their Senegal counterparts about Mane’s condition, though it is normal to have regular contact with all international squads, particularly when a player goes off injured.

Senegal captain Kalidou Koulibaly denied Mane’s health had been put at risk by being allowed to continue playing.

“It wasn’t risky at all. It’s him who scored the goal after this,” said the Napoli defender.