Supercharged Boks have work cut out as All Blacks loom 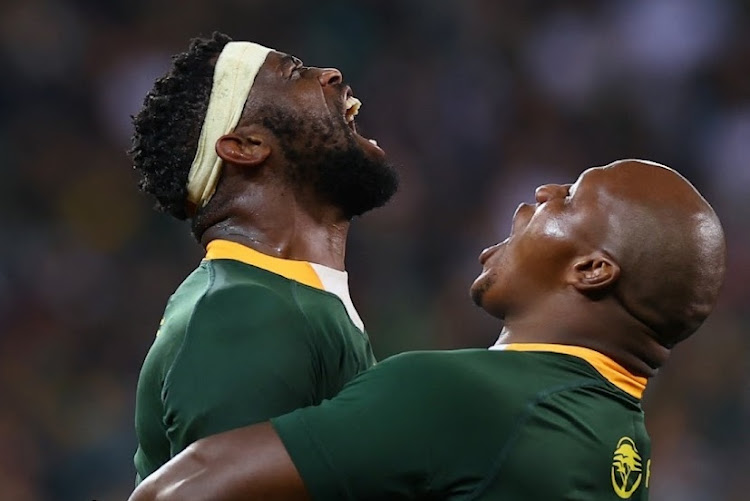 SA feel much work is still needed on their game after beating Wales on Saturday in their three-Test series and with the start of the Rugby Championship three weeks away.

The world champions struggled to overcome Wales 32-29 in the first Test, then played a second-string side and lost the second 13-12 but dominated on Saturday in front of 50,000 ecstatic fans in the Cape Town Stadium for a 30-14 victory.

“We had a specific plan, but things don’t always go according to plan, though winning the series was something we were trying to achieve,” coach Jacques Nienaber said.

“It was a final for us and we just had to deliver. There wasn’t an option of not delivering.”

He had been criticised for the numerous changes made across the three games, resulting in Wales notching up their first-yet Test victory in SA.

Next for the Springboks are crunch meetings with arch-foe New Zealand in the Rugby Championship, who they host in Mbombela on August 6 and Johannesburg a week later.

“It was not a polished performance. I think there’s a lot to build still. I thought the set pieces functioned well, but still there were a couple of hiccups there — at scrum time we’re still getting used to the brake foot thing — we will get better at that.

“We will have to build a lot still in terms of where we are. We had a long conversation last week about controlling the game when we are ahead on the scoreboard.

“I thought the composure was much better today. We were a lot more clinical on how to play when we have scoreboard pressure in our favour.

“But I think there is a lot to build on; we are still not a polished outfit. We were frustrated with ourselves for not taking our opportunities.”

Flyhalf Handré Pollard scored 20 points, including the first try, as the world champions outscored the tourists three tries to one.

Thomas Reffell went over for the Welsh try and skipper Dan Bigger added three penalties for the tourists who upset the hosts in last week’s second Test in Bloemfontein to set up a series decider.

“We approached it as a final. It was a tough series but exactly what we needed to start our season. A lot of players got opportunities and that was important for us for the future.

“We had so much to play for as a team,” he said. “A lot of people had a lot to say about us — and we want people to have an opinion and criticise the team — because we know they care. So, we treated this as a final.”

Kolisi also paid tribute to Eben Etzebeth and Mbonambi, who were making their 100th and 50th appearances respectively.

“We wanted to make it special for Eben and Bongi, but they didn’t make it about themselves,” Kolisi said.

“They wanted the team to win first and that’s the best gift we could give to them. They have been amazing for us as a team.

“We can never question their character and what this team means to them. I am so grateful that I could be out there with both of them.”