LETTER: Africa is aware of the West’s double standards 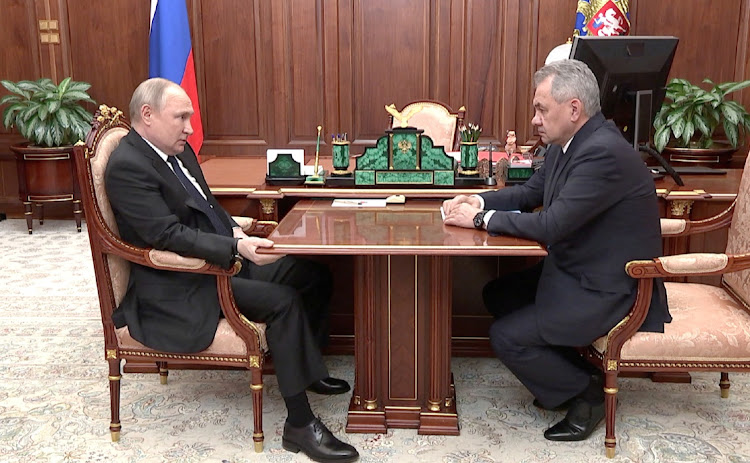 Louis Charbonneau of Human Rights Watch (HRW) is 100% correct in saying (“Why cozying up to Russia gets SA nowhere”,  April 22) that Russia should be held accountable for the crime of aggression in Ukraine, and also correct in saying that “African and Western governments should find a way to bridge their differences”. His finger-wagging at SA for “having a soft spot for anti-Western views” and “being critical of what it views as Western Imperialism” (quotation marks his), shows how little he understands why this is not already the case.

Africans have long understood that the West hold themselves to a different, much lower standard, than they do the rest of the world. Charbonneau’s own organisation, HRW, provides some illuminating examples. When the US illegally invaded Iraq in 2003, then executive director Kenneth Roth penned a hand-wringing open letter appealing to the world for funds because “the US-Iraq war could cause enormous civilian casualties”, but we should take heart because HRW was “pushing the Pentagon to avoid dropping cluster bombs near populated areas”.

Seven months later, when it had become clear that weapons of mass destruction and Iraqi links to al-Qaeda were a myth and a drip-drip of revelations had shown not that the intelligence was faulty, but that it had been fabricated by the belligerents, HRW was writing that “it’s a tragedy that US soldiers have killed so many civilians in Baghdad”, and was suggesting that “checkpoints should be better marked with signs in Arabic and lights, and interpreters should accompany all raids”.

Nowhere, however, do we see them blaming the US for the humanitarian crisis in Iraq, as they quite rightly do Russia for the situation in Ukraine.

And on and on it goes, throughout the years — condemning the US use of cluster munitions in December 2003, condemning torture at Abu Ghraib the following year, condemning the targeting of journalists in 2005, always taking a position on individual issues but never once managing to find the courage to make a call for the world to come together to “make clear that rampant violations of international law will have consequences”.

Charbonneau also raises the importance of International Criminal Court (ICC) investigations into possible war crimes. Of course, these would be welcome, but Africans, who have disproportionately been targeted and indicted by that court, know that powerful nations will not be brought to book.

China has not signed the Rome Statute, while neither Russia nor the US has ratified it. In 2002, the US went further, passing the American Service-Members’ Protection Act, since known as The Hague Invasion Act, which authorises the president to use “all means necessary and appropriate to bring about the release of any US or allied personnel being detained or imprisoned by, on behalf of, or at the request of the International Criminal Court”.

In 2020, when the ICC began investigating possible US war crimes in Afghanistan, secretary of state Mike Pompeo accused the court of “illegitimate attempts to subject America to its jurisdiction”, and the US imposed sanctions on senior ICC officials, including chief prosecutor Fatou Bensouda.

Lastly, Charbonneau chides President Cyril Ramaphosa for “echoing Russian talking points blaming Nato for the Russian invasion of Ukraine”, referencing Russia’s repeated objections to the expansion of Nato to its borders. The West maintains that Ukraine is a sovereign nation that can choose alliances with whom it pleases.

All well and good, but this very week the US, concerned at the recently signed security agreement between China and the Solomon Islands, sent a delegation to Honiara to warn them that, “If steps are taken to establish a de facto permanent military presence, power-projection capabilities, or a military installation, the US would then have significant concerns and respond accordingly”. The Solomon Islands are 6,000km from Hawaii, and 10,000km from the continental US.

Charbonneau is correct on all counts. The world does need to hold aggressors accountable. War crimes must be investigated and punished. But Africans, among others, understand perfectly well what is happening when the West asks them to condemn the crimes of official enemies, then tells them to turn a blind eye and stay silent when they see similar crimes taking place in Iraq, Afghanistan, Palestine, and Yemen, to mention a few.

If the West would like to bridge its differences with African governments, it should start by looking at itself. As Charbonneau notes, anything less than a united stance “will encourage Russia and others to disregard international humanitarian and human rights law and kill civilians with impunity”. Until the West counts itself among those “others”, they will not get that united stance.