If bureaucratic red tape lingers any longer, SA might miss out on a much-needed bonanza 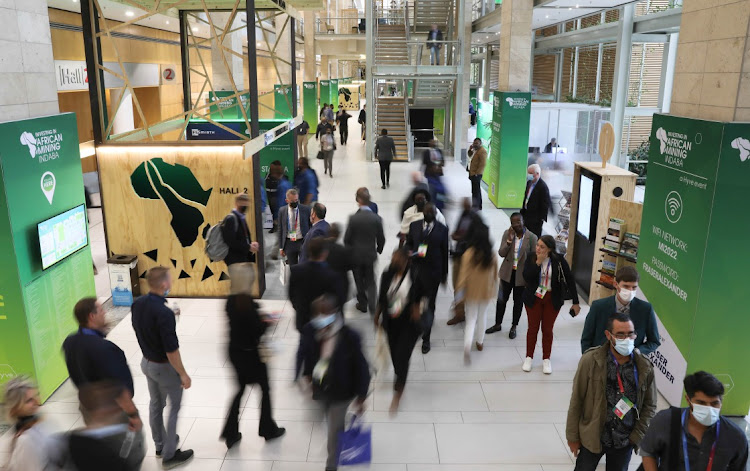 President Cyril Ramaphosa’s keynote address on the second day of the Investing in African Mining Indaba on Tuesday morning had a high bar to jump.

It came after SA’s mining industry had spent some of the first day setting out in detail what mining companies need from the government. They repeatedly made it clear what is required to enable them to embark on the investment drive needed to expand the sector and take advantage of the rosy outlook for many of the minerals SA has under the ground.

Minerals Council SA put numbers to the investment miners stand to make if the government clears the regulatory red tape causing ridiculous delays in mining licences and embedded generation projects. To put it in perspective, the almost R100bn in ready-to-go projects that are waiting on tardy government bureaucrats is almost a tenth of the R1-trillion in new investment that Ramaphosa has targeted to raise for SA. It would contribute much to SA’s energy security and its economic prospects.

But despite promises at the pre-Covid Mining Indaba in 2020, more than 4,000 mining and exploration licence applications are still snarled up at the department of mineral resources & energy, and R65bn of renewable energy projects planned by the industry are likewise caught in a variety of regulatory processes.

Also, a decade on, SA does not have a functional cadastral system that would provide transparent data on prospecting sites and licences — and would be vital to support exploration and future growth in mining.

And on top of all of that are the infrastructure constraints that are costing the industry and SA billions in lost production and lost export revenue. Eskom’s inability to reliably supply electricity has been the theme of many an indaba. But this time Transnet’s dysfunction loomed even larger as a constraint on mining, given its inability to safely rail commodities such as coal, iron ore and manganese to the ports at the height of a commodities boom.

Ramaphosa’s keynote address came after leaders of neighbouring countries, particularly Zambia, charmed investors at the indaba, making it clear they will do what it takes to attract mining companies to their jurisdictions.

Encouragingly, Ramaphosa rose to the occasion, with a speech to a packed audience that ticked all the right boxes. He recognised every single one of the industry’s concerns, demonstrating a firm grasp of what is wrong in a way that suggested he has engaged extensively with the industry — and heard it.

He conveyed a strong sense of the importance of the private sector in general and of mining specifically, and made it clear he wants to work with the sector to see obstacles to investment removed. He gave the industry plenty of credit for the way it had dealt with Covid-19 in workplaces and communities and the success of its vaccination drive.

Much of it wasn’t really new, but he did indicate that the government might be open to allowing private operators on the heavy haul of coal and iron ore lines  — a model that is well known in mining jurisdictions such as Australia but which Transnet has always fiercely resisted.

It was one of his better speeches. The question though is whether Ramaphosa is capable of getting his own government to implement any of these promises to fix things. He does not have a great track record. As this week’s Operation Vulindlela update showed, some long-promised structural reforms in sectors such as telecommunications are finally starting to happen. But it is all so slow. The commodities boom is not going to last forever and SA may miss out as it did the last time. That would be tragic, given mining’s central role in the economy and in the communities in which it operates.

If this indaba showed anything, it was how seriously mining companies now take the “S” in the environmental, social and governance (ESG) theme that’s become so important for companies and their investors. For the government, that is something to encourage and enable it — and the way to do that into the future is to make SA attractive for mining investment.

Amid the PCR tests and evening tipples, the country needs to assure potential investors it can keep the lights on and get back on track
Opinion
2 weeks ago

Miners are prepared to increase investment in projects by 84% once dysfunction plaguing mining permits, railways and ports is addressed
National
6 days ago
Next Article