Eskom is charting a path for which SA, and perhaps even other countries in the world, will be grateful 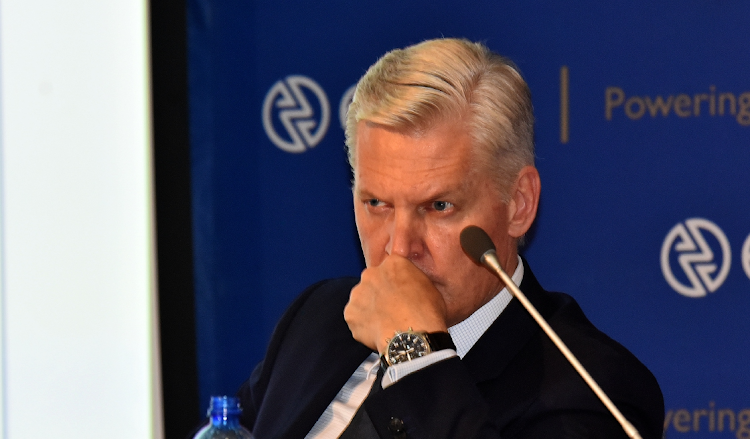 While there is much to be done at the UN Climate Change Conference before we can venture to call it a success, SA’s landmark climate finance deal has helped the gathering get off to a positive start.

Thanks to the foresight of the team at Eskom, the work had been done well in advance of the conference and SA stood out from the crowd in that it had a plan to put on the table.

For their part, developed countries are anxious to be seen to be doing something. Their citizens are mobilised and intent on getting their governments to address the climate change problem. Promises to mobilise $100bn a year to support developing countries have fallen badly short.

COP26, being held in Glasgow, Scotland, presented a moment of unprecedented opportunity for this reason and to their credit President Cyril Ramaphosa and his environment minister Barbara Creecy grabbed it and used it well. As well as having the groundwork done by Eskom to draw on, they were strongly encouraged by an active Presidential Climate Commission, chaired by former cabinet minister Valli Moosa, as well as activist groups which have done effective work to awaken government and corporate SA to the climate issues.

While there is much optimism right now, it is worth keeping in mind that SA’s energy transition is a huge task. Up to 85% of SA’s energy is generated from coal and the country is the world’s 12th -largest emitter.

To make the transition, Eskom, which owns and runs the national transmission grid, requires enormous investment. This is to enable new connections of renewable energy generation, whether privately owned or public.

The grid in the Northern Cape, the optimal part of the country for solar PV, is saturated, energy officials have said. After the latest round of projects, announced last week, there will no space for additional connections. Decommissioning plants is costly. Eskom wants to build renewable energy so that its staff will be employed after the transition and the company will still receive revenue.

The $8.5bn commitment (about R130bn) which it is anticipated will mostly be loan funding at close to zero interest rates, is only a portion of what Eskom will need to make the transition. CEO André de Ruyter says the requirement for Eskom alone is in the region of $35bn to $50bn.

As well as the costs of transitioning to different forms of generation, the entire Mpumalanga highveld is built on coal, with most mines situated in the vicinity, on top of which sit Eskom coal power stations. When mines and power stations close or are repurposed, it is not only the 100,000 or so people who work in these sectors who are affected, but entire towns, which will be left stranded. As SA as a whole has benefited from the energy these communities generated, it is the entire country’s responsibility that the transition is a just one.

This is the attraction of the Eskom plan. While it aims to retire 22GW of coal by 2025, it also provides the world with a template on how to do it. When the climate envoys from the UK, US, France and Germany visited SA in September, Eskom was able to demonstrate to them what it planned to do. Its showpiece at Komati, an aged coal power station that is being repurposed to generate renewable energy, would have played a part in their persuasion.

Komati is being converted to a small-scale pilot agrivoltaic plant where tall gantries will support solar panels while the land beneath will be used to cultivate crops. The solar plant will be supported with battery storage. The warehouses at Komati are also being converted to house fabrication and assembly plants for microgrids and Eskom is investigating how to make use of the generator sets and the turbines to repower other parts of the plant with gas.

This is a spirit of innovation and adaptation that had mostly disappeared from the public sector in SA. While Eskom is probably SA’s most hated corporation, due to tariff increases and load-shedding, it is also a company charting a path for which SA, and perhaps even other countries in the world, will be grateful.

Ramaphosa might have clinched a deal for Eskom at COP26, but he had more important business at home
Opinion
1 month ago

EDITORIAL: New broom has to deal with old troubles at Absa

Without tackling reforms SA will find it hard, if not impossible, to solve the problem of public debt
Opinion
1 month ago