EDITORIAL: Saying ‘no more’ just skims the surface of violence against women

When a woman knows she can pick up a parcel without having to fight for her life, then perhaps promises of equality will no longer sound empty 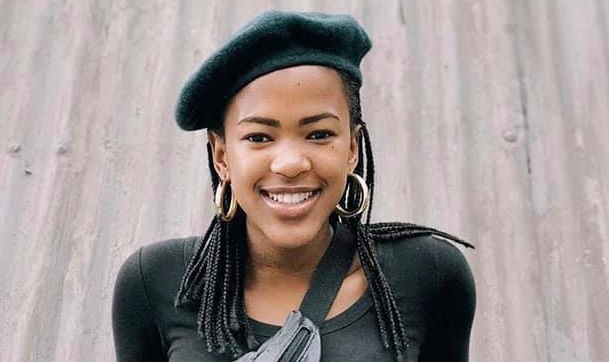 On August 24 2019, Uyinene Mrwetyana walked into a post office in Claremont in Cape Town, an act that should be among the most mundane imaginable.

There was no-one in the locked office except Luyanda Botha, an employee who had called to tell her that her package had arrived.

According to his admission in court, he started making sexual advances, which escalated to rape and finally her murder. She fought back, on his own version, but he did not relent and continued with his abhorrent actions.

He finally carried the 19-year-old’s body out of the post office in a large postal mail bag before he dumped her body in a shallow hole and set it alight. Botha was caught and eventually sentenced to three life terms.

While Uyinene is one of thousands of women who are abused in SA, her death struck a chord and mass protests ensued almost immediately. After a few days of silence the anger at what women are subjected to grew so much that it couldn’t be ignored by the highest office in the land.

Having been criticised for his silence in the immediate aftermath, President Cyril Ramaphosa skipped an address to the World Economic Forum, which was meeting in Cape Town at the time, and instead addressed an angry crowd of demonstrators.

A year later the anniversary of her death underlines the reality still faced by women in SA: their bodies are seemingly fair game and their needs and wants are still subjected to those of men. It is also almost two years since a presidential summit on gender-based violence was held, a mere few months into Ramaphosa’s presidency.

The summit set in motion three bills — the Criminal Law (Sexual Offences and Related Matters) Amendment Bill, the National Register for Sexual Offences, and the Domestic Violence Amendment Bill — which were finally approved by the cabinet early in August and are now on their way to parliament.

But while laws are important in the fight against gender-based violence, there is a limit to what the law can achieve.

“A society that does not support notions of authority and control over women, and does not tolerate violence against women, is more likely to reduce gender-based violence,” Ramaphosa said in 2018.

The societal mores in SA would therefore have to radically change for any real and meaningful change to take place.  Merely saying “no more” when Uyinene is murdered, and Anene Booysen is gang-raped and killed, and Reeva Steenkamp is shot through a bathroom door by her boyfriend does not cut it.

To only focus on women during Women’s Month in August is a cosmetic response to a much deeper problem.

Given that more than half of the population in SA is female, it should be a full-time concern when millions of women are seen as soft targets who can be abused, raped and murdered.

But the government cannot do it on its own.

It is up to the men in SA to change the way they think and act. The change has to come around a fire at a braai when a friend talks badly of a woman, or in the boardroom where valid concerns raised by women are pushed to the side as being driven by emotion.

It’s up to men and women to raise their sons to respect their mothers and sisters and cousins and friends, to ensure that the country produces a generation of men that sees women as equals.

Only then will a woman be able to walk the streets at night on her way home or go for a jog on her own in her neighbourhood without fear.

Only then will a woman know that she does not have to worry about fighting for her life when doing something as undramatic as picking up a package at a post office on a Saturday afternoon.

Legal framework to tackle the scourge is underdeveloped, especially for a country with the third highest number of victims
Opinion
8 months ago

After tanking 39% in the first three months of the year, the JSE jumped 25% in the three months to June
Opinion
8 months ago

MARK GEVISSER: Art, artists and the politics of innocence and guilt

FRED KHUMALO: The depths of betrayal

MARK GEVISSER: Art, artists and the politics of innocence and guilt

FRED KHUMALO: The depths of betrayal