In reality, technology is a huge contributor to our emissions and waste problem 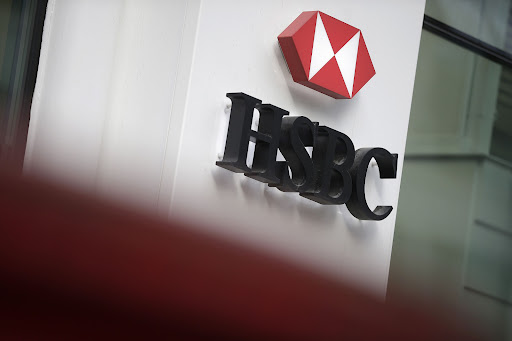 HSBC Holdings’ private bank raised a record of $3.2bn for alternative investments from its clients globally in 2021. Picture: BLOOMBERG

On Monday, HSBC announced that it would be investing $100m in Breakthrough Energy, Bill Gates’ climate investment fund, earning itself the bragging right of being an anchor partner in the fund. This is, it tells us, part of the financial giant’s plan to take its loans portfolio to net-zero carbon emissions by 2050.

It’s a win for HSBC and for Breakthrough, at just the right time. Last month Breakthrough Energy put out a request for proposals in Europe, seeking emerging green technologies to fund. It made the same call in the US in December 2021, and plans to do the same in the UK this year. This all falls under the fund’s Catalyst programme, which launched about six months ago with a view to giving the zero-carbon economy and climate tech a much-needed kick in the pants.

The Catalyst programme has four priority areas for investment: energy storage, green hydrogen fuels, sustainable aviation fuels and carbon-capture technology. And if it can steer clear of the inevitable Elizabeth Holmes/Theranos types who will be chasing this money, we might start to see meaningful gains being made. We will also likely see some inventors and investors becoming obscenely rich, because investing in green is still investing.

There’s been increasing focus in media on all things eco-friendly, sustainable and green. We’ve been told the next big start-up successes will come from the green tech “sector”, and that green tech will save us from climate change.

But can tech ever really be green? The first problem with this thought experiment — and all the dreams we hang on it — is that there really is no solid definition of green, and no firm factors for assessing how green a product is. This means anyone can essentially declare their stuff green, and reap all the marketing benefits that come from that.

By keeping this term vague and wishy-washy we can feel good about choosing greener products without really compromising much, or slowing down consumption. On a personal level, we can buy solar panels and locally farmed veggies, and sit smug in the knowledge that we’re doing our share. If anything, it has introduced a whole new category of consumption — which is good for business, but not necessarily for the planet. We must accept that green is an aspiration, rather than a designation.

In reality, technology is a huge contributor to our emissions and waste problem. In 2019 the Platform for Accelerating the Circular Economy (Pace) and the UN E-Waste Coalition released a report on electronic and electrical waste, or e-waste. Among the findings was that more than 44-million tonnes of e-waste was generated globally in 2017. This, they told us, was 6kg per person and weighed as much as all the commercial aircraft ever built. It’s a startling amount, and that was almost five years ago. If we’re tracking against the 2017 estimate, global e-waste production could reach 120-million tonnes per year by 2050.

Pace tells us e-waste is the fastest-growing waste stream globally, and that less than 20% of it is ever collected or recycled. It’s not only creating unsightly landfill, but leaching into drinking water and the ground, and contributing to health hazards. Plus, there’s billions of dollars’ worth of raw materials (including copper, gold and iron) in this e-waste — extracted, briefly used, and then discarded. There is, they say, 100 times more gold in a tonne of e-waste than in a tonne of gold ore.

Green technologies aren’t unburdened by nasty input chains or down streams. Increasing demand for solar and wind energy technologies as well as electric vehicles is also driving demand for minerals that must be extracted, particularly for batteries and energy storage, and the way these machines are designed makes re-extracting valuable components post-use notoriously tricky.

So heck yes, tech companies must be pressured into and praised for greening up, but they’re not just doing us a favour when they do so. In a sense, green tech — as a subset of tech — is attempting to mitigate a problem of its own making. Okay, that might be a bit harsh, but I fear we’re asking consumerism to address the problems created by consumerism. That’s why I bah-humbug when the billionaire boys throw cash into space exploration. To my mind, the problem with an invention-led search for solutions is that it relies on hope and promise — as pretty as a rainbow, but just as insubstantial.

Still, credit where it’s due. I don’t want to talk down any efforts towards sustainability while we’re still marching to a doomsday beat. Modular computing is one such exciting space, with devices like Framework’s laptop, Dell’s Concept Luna prototype, and Intel’s Beast Canyon that seem to say “We can still have nice things if we address built-in obsolescence”. These types of technologies are greener by going circular — they aim to reduce and reuse.

The next challenge for these, and similar initiatives, is whether they can scale. We would need to standardise computing components to make modular viable. Another pertinent example is direct air capture, which literally sucks carbon out of the atmosphere, but for all its potential it requires huge amounts of energy and land to do so, and wholly neglects the fundamental issue of cutting emissions.

For me, the upshot of all of this is that investing in green tech and sustainability is good, innovations that help are good, all our personal efforts are good. We must, however, go in with clear eyes and critical minds as the era of green investing sells us a promise of salvation, or we’ll be left trying to bum a ride as the 1% rocket off to whatever Goldilocks planet Elon Musk manages to stick a flag in.

• Thompson Davy, a freelance journalist, is an impactAFRICA fellow and WanaData member.

A Bill Gates-backed private-public fund is preparing to invest in clean-tech projects worth as much as $15bn in the US, EU and UK
Money & Investing
6 months ago

1.
CARIEN DU PLESSIS: Why SA is prepared to risk so ...
Opinion
2.
LETTER: Eskom’s HR executive is a huge problem
Opinion / Letters
3.
TRISTEN TAYLOR: A new world order on the broken ...
Opinion
4.
Africa must move from producing job seekers to ...
Opinion
5.
KYLE WALES: Is it time to buy consumer ...
Opinion

1.
CARIEN DU PLESSIS: Why SA is prepared to risk so ...
Opinion
2.
LETTER: Eskom’s HR executive is a huge problem
Opinion / Letters
3.
TRISTEN TAYLOR: A new world order on the broken ...
Opinion
4.
Africa must move from producing job seekers to ...
Opinion
5.
KYLE WALES: Is it time to buy consumer ...
Opinion