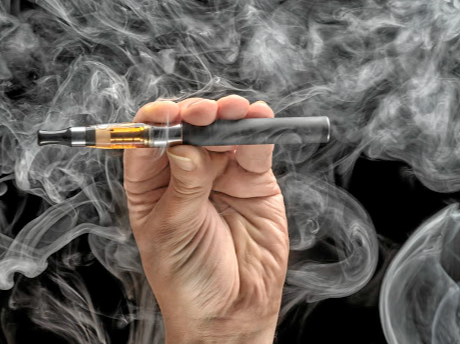 The National Treasury is expected to introduce a tax on electronic nicotine and non-nicotine delivery systems — known colloquially as vaping devices — from January 1.

During his delivery of the 2022-2023 budget speech finance minister Enoch Godongwana made it clear that the tax would have already been introduced if it had been up to him.

The proposed tax is ostensibly meant to curb the growing popularity of vaping because of the potential harm these products pose. In its discussion document released in December the Treasury approvingly quoted the World Health Organization (WHO), which continues to maintain more than 15 years after the products entered the market that not enough is known about their health consequences.

In the same discussion document the Treasury dismissed evidence produced by Public Health England and the UK Royal College of Physicians that found that vaping is 95% less harmful than smoking.

Anybody who has worked in the public policymaking space in SA knows how difficult this can be. Though the cabinet has made plausible efforts to institutionalise policymaking, working with the government in this area can be frustrating due to the latter’s sometimes inflexible approach, which tends to privilege one set of “facts” over another.

This is one of the reasons President Cyril Ramaphosa had had to send back to parliament a number of bills, such as the Copyright Amendment Bill, the Liquor Products Amendment Bill and the Protection of State Information Bill, for reconsideration. The issues flagged by the president had been raised by stakeholders throughout their development stages, but this information was not acted upon.

Perhaps recognising the broad recalcitrance of government institutions to abide by this system, the cabinet adopted the National Policy Development Framework in December 2019, which further aims to strengthen public policymaking in SA.

Yet some government departments still see empirical research, literate review and stakeholder feedback as a hindrance to policymaking. A case in point is the department of health, which has taken a clearly biased posture in crafting the draft Control of Tobacco Products & Electronic Nicotine & Non-Nicotine Delivery Systems Bill, first published for public comment in May 2018.

The bill’s progression has been fraught with animosity towards vaping industry stakeholders, with the department refusing to share its latest socioeconomic impact assessment. It has consistently provided the industry and consumers with as little information as possible concerning its thinking and progress in finalising the bill.

The National Treasury unfortunately seems to have taken the same problematic position as the department of health and SA’s public health lobby, without reflecting critically on the totality of available evidence, the preponderance of which has found vaping to be far less harmful than smoking.

The National Treasury makes much of the WHO’s reluctance to accept vaping as a less harmful alternative to smoking for smokers. Its discussion document relies heavily on outdated WHO opinions and those of organisations such as the American Heart Association, which has always been against vaping.

The Treasury has gone out of its way to disregard research that does not support its view. In so doing it has discarded a growing body of evidence from credible global health bodies and academic institutions, which demonstrates that vaping could be the single biggest revolution in the area of nicotine provision. In addition, the Treasury seems not to have conducted any of its own research on vaping, bar the talking points provided by the department of health.

Had the Treasury done its research it would have found that the fear of a vaping youth epidemic is not supported by evidence anywhere else in the world. In fact, the evidence shows that the global rate of youth vaping is at a record low. A study conducted by researchers at the University of Queensland in Australia and published in May, reported low levels of global adolescent vaping.

While 8.6% of adolescents reported having used a vaping product within a 30-day period, only 1.7% reported frequent vaping. Action on Smoking & Health (England) had already found in 2021 that youth vaping in England was low and did not rise to the level of an epidemic.

A cursory analysis of SA’s nicotine market would have shown that introducing a tax now will simply invite the onset of an illicit market. As things stand, the government is struggling to contain the illicit tobacco market, which mushroomed due to the Covid lockdown sales ban. Introducing a tax will achieve three things: send a substantial portion of the industry underground; hand over the market to big companies (all of which represent Big Tobacco), and make it unaffordable for poor smokers to switch to vaping.

A comparative analysis with other countries would show that countries such as the UK are even considering the provision of vape kits as part of quit services, because of vaping’s purported efficacy in supporting smokers who want to quit smoking cigarettes. Instead, the Treasury compares itself to outliers such as Kenya, which have stratospheric taxes on vaping for no discernible reason.

The Treasury has not bothered to tell the public and the industry what the projected impact of its tax is going to be. There is no mention of the percentage of SA youth who vape, how often, whether they smoked before vaping, and how many of those who do vape were diverted from picking up cigarettes. No effort has been made to show how the tax will affect poor nicotine users. Troublingly, the Treasury is also silent on what support the government proposes to institute for the millions of smokers who will be prevented from switching to vaping in their quest to quit smoking.

Less haste and more evidence would enrich the Treasury’s understanding of this industry. In the alternative, the only winners from its actions will be the tobacco industry, which both the Treasury and the public health lobby seem to loathe.

• Gcoyi is CEO of the Vapour Products Association of SA.

MARC HASENFUSS: I like big butts an’ I cannot lie

Its shares may not be smoking hot, but British American Tobacco is still firing up
Opinion
1 month ago

A sin tax on vapes is not as bad as Aids denialism. Here’s why

Lobbyists pushing for vaping as a way to help people quit smoking insist taxing e-cigarettes like traditional smokes will lead down a similar path as ...
Features
3 months ago
Next Article