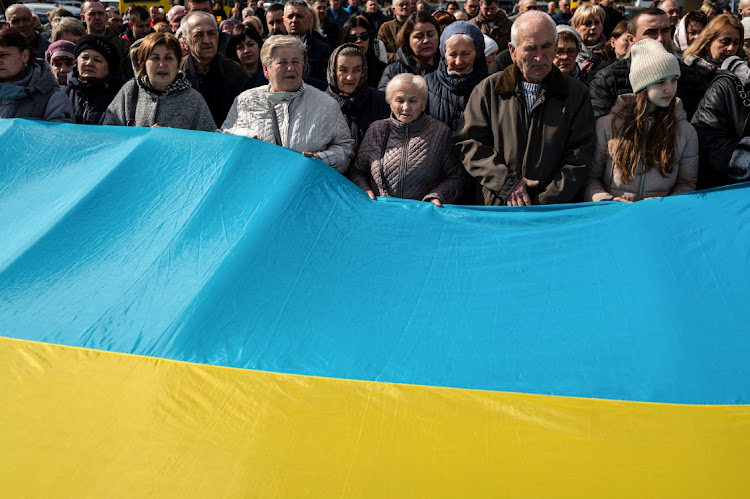 Unprecedented “economic warfare” has been unleashed on Russia as governments remain convinced that sanctions will be the most influential deterrent. These sanctions galvanised hundreds of corporate behemoths to suspend or cut business activities or investments in Russia, beyond what is required by international sanctions.

As South Africans, it is difficult not to draw parallels with the international economic sanctions imposed to end apartheid. Back in the 1980s there was enormous pressure on corporations to pull out of the country (about 200 American companies exited pursuant to disinvestment campaigns). One is also reminded of the consumer boycotts of SA goods; for instance, there were boycotts of SA bananas and oranges in England.

This raises an interesting question: what is the social responsibility of business? The private sector is feeling the ballooning pressure of weighing in and engaging on fraught political, social and moral issues. At a time when environmental, social & governance (ESG) strategy is very much in vogue, we are captivated by what companies are doing to assist the war effort and the stigma that attaches when a company falters.

Former Ukraine finance minister Natalie Jaresko pleaded for companies to stand behind their proclamations on ESG on behalf of themselves and their shareholders. However, it is widely accepted that the primary purpose and objective of corporations is to maximise profit or value to shareholders. It is certainly not uncommon for companies to do business with unsavoury or repressive (even murderous) regimes.

However, the callous attitude of business pursuing profits at all costs seems to have become outdated. “I think it’s not only good, but fundamentally important that companies have a conscience,” Brad Smith, Microsoft’s president and chief legal officer, said in a recent interview. Companies need to be alert to the fact that their inattention to social issues like this conflict could result in considerable adverse effects in the long term to their businesses, such as investor anger, consumer backlashes and employee disaffection.

There has been an increase in shareholder involvement in company decisions. Stakeholders are increasingly pressuring companies to behave in more socially responsible ways. Take for instance the recent news of Disney employees who staged mass walkouts and social media campaigns provoked by Disney’s public stance on legislation in Florida that would limit classroom discussion of sexual orientation or gender identity.

While a company speaking out is risky, so too is being idle, and stakeholders expect a decisive response. Corporations hold enormous influence and power. The annual revenues of certain companies are so huge that their profits dwarf the economies of many countries. For example, in 2017 Walmart earned more than the whole of Belgium. If companies embrace social and ethical considerations at the core of their operations their financial muscle could make a real, positive impact. It ultimately becomes a board decision — whether what drives the decision is the bottom line in terms of profits or share value, or because it is “the right thing to do”, even if it cuts into their profits.

The “moral stance” may have no altruistic motivation whatsoever, and may still be driven by profits. The board may calculate that if they do not act they will inflame customers, employees and shareholders, driving their market value down. Or, if they do act, their market value will go up. Advocates of corporate social responsibility prescribe that in the short term, ethical behaviour may prove costly to a company’s bottom line, but ultimately the market will reward such behaviour.

Doing the right thing would have to be guided by the shareholders, as boards act on their behalf. They are required to be driven by the shareholders’ social preferences (not the board’s) and the best interests of the company. Consider the response from tech giants like Google and Microsoft, which have prevented Russian state media from monetising on their platforms. Communications apps like Rakuten Viber have launched free minutes for calls to all telephones in Ukraine so people can connect with their loved ones in the war zone.

Shareholder pressure takes longer to manifest because it requires shareholders to act in a co-ordinated fashion (such as through shareholder resolutions or electing directors for the board). Interestingly, for example, Carl Icahn, a shareholder in McDonald’s, has recently nominated two members for inclusion in its board to improve its treatment of pigs.

As events have unfolded in the Russia-Ukraine conflict, it has become evident how a company’s reputation can get tainted by inaction. A Yale professor has famously tracked and listed the major Western companies that have taken action in exiting or curtailing business in Russia, and shames those that are still operating by exposing them. Understandably, the list has had an enormous snowball effect and resulted in many companies changing heart, or maybe just their strategies. As the number of companies that exit Russia increases, attention to the ones that stay is magnified. Take for instance #BoycottNestle, which trended on Twitter, which led to Nestle pulling its popular brands out of Russia (though it will continue to sell essential foods).

Nevertheless, corporates should be cautious when determining which issues to voice their opinions on. Corporate activism, which may result as a response to social media, may not be appropriate in every circumstance. Engaging can result in wading into hot water, especially when an issue is highly polarised. Companies should do a materiality assessment to determine what matters by assessing what adds value to a company and what poses a risk to continued success.

It is uncertain whether the corporate response to Russia will have a significant effect on the war. At the very least it will have some symbolic value, which is not unimportant. The world has indisputably changed. Business is navigating a new way of understanding its purpose and role in society and seems to have evolved to be a place where profit, people and the planet are inextricably linked. Beyond Ukraine, there is a plethora of issues that are demanding the business world’s attention, such as climate change, poverty, inequality and oppression. Companies are on steep learning curves as they adapt and endeavour to establish appropriate ways to align their business practices with the views and values of their stakeholders. It has become an imperative for corporate survival.

Should the peaceful and immediate resolution of the conflict in Ukraine be the prime focus for every organisation? One thing is certain though: not engaging in political, social and moral issues is no longer optional.

Home-grown oligarchs have been keeping the former Soviet republic poor, even in days of plenty
Opinion
4 months ago