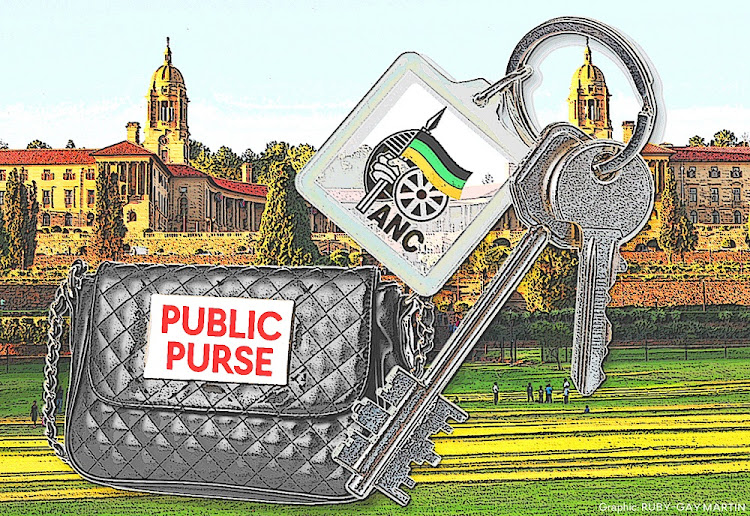 For the first time since coming into power in 1994 the ANC is facing the prospect of losing power as contesting factions tear it apart. In the 2024 general elections the governing party may struggle to garner more than 50% of the vote, which could have interesting implications for fiscal policy and SA’s broader macroeconomic framework.

Some caveats. We know the debt ratio does not equate to all government liabilities. The monetary base and other prospective-contingent liabilities are equally important. Similarly, we know the primary surplus is only one variable in the debt consolidation equation. Curbing the interest-growth differential — the rate at which a country’s public debt rises relative to the growth of its output — and preventing contingent liabilities from materialising, might be even more essential for stabilising the country’s finances.

For instance, high interest payments might be the primary cause of the debt accumulation we have seen since the hawkish Lesetja Kganyago was appointed SA Reserve Bank governor. In fact, they now gobble 21c of every rand of revenue — more than what the government spends on health, social development and policing.

Similarly, “contingent liabilities” are critical for the sovereign’s debt dynamics. Many state-owned enterprises, not least power utility Eskom and SAA, have huge government-backed debt that they can’t service. In fact, the National Treasury is already paying back principal and interest on this debt.

Nevertheless, despite the caveats about the importance of the interest growth differential and stock-flow adjustments for debt sustainability, the political dynamics around taxing and spending in the main budget are still crucial for restoring the fiscal health of the sovereign in the coming years.

So, what does that entail in the real new dawn ushered in by the 2021 local government elections? We know from the literature that we are more likely to see fiscal slippage in parliamentary systems that allocate seats based on proportional representation, than in majoritarian systems. Competitive proportional representation systems tend to be associated with larger governments providing universal welfare; moreover, they tend to suffer from common pool problems.

Essentially, each coalition partner is likely to pursue its own self-interest, resulting in the over-exploitation and consequently, the emptying, of the public purse. In fact, we are seeing this outcome in unstable DA- or ANC-led coalition governments at the local level, and it is difficult to see what will stop this parasitic rent-seeking at the national level should coalitions become the order of the day post 2024.

Moreover, the ANC may not meekly surrender its majority and render itself beholden to coalition partners without trying to maintain its parliamentary majority. In contexts such as SA, with a low share of informed voters, governing parties facing a real prospect of electoral defeat are tempted to undertake a spending binge as they desperately try to hold onto power.

As political contestation intensifies as we get closer to 2024 and the keys to the Union Buildings are at risk, it will not be surprising if the ANC is not preaching fiscal prudence to a hungry electorate; instead, it may be spending as if there is no tomorrow. The cost of this extravagance to the party may be small, and the potential returns large because ill-informed voters may fail to understand that their bounty is from pre-electoral manipulations and not from governing party competence.

For both these reasons — political budget cycles and rent-seeking in proportional representation systems — the 2021 local government elections may not only mark the end of ANC political dominance but also the end of the neoliberalism that has dominated economic policymaking since 1994. So, despite the protestations of the finance minister and the preaching of tough love, as political realities bite and political entrepreneurs weigh their risk-reward scenarios, there is a real risk that fiscal prudence will be thrown out of the window.

ANC stinginess may not survive the 2024 political realities

It could be argued that this may not be a bad outcome for the country if it largely entails much-needed investment in human capital, including the basic income grant and national health insurance (NHI) system. In fact, neoliberal dominance has been such that even though 44.4% of the labour force has no income, and a R350 basic income grant costs less than 1% of national income, it has been resisted by the governing party. Yes, you read that right — the governing party refuses to allocate 1% of national income to 44.4% of the labour force. Such stinginess may not survive the 2024 political realities.

Finally, 27 years after the first democratic gains, much-needed human capital investments to address the apartheid legacy and diversify the economy away from commodities towards a human capital-centred growth path may be possible. However, opportunities also bring risks.

Weak politicians who cannot tax elites may instead fund long-term investments using short-term debt and monetary financing. And spending without countervailing revenue measures could put the country's finances on an unsustainable path.

Similarly, putting pressure on the Reserve Bank to fund a bankrupt fiscus will only accelerate inflation, impoverishing the poor the politicians will be claiming to help. As we have seen elsewhere, popular policies such as the basic income grant and NHI, meant to achieve equity and growth, can have disastrous effects.

However, the 2021 breakthrough need not be all doom and gloom for the country. It is clear that the political balance of power is shifting, and in turn productivity-enhancing human capital investment is more likely.

Nevertheless, to counter the threat of weak governments discrediting much-needed comprehensive welfare reform and the NHI, and to ensure fiscal solvency and monetary predictability as we begin to address our human capital deficit and diversify our economy, parliament may need to enact tougher fiscal rules, including adopting an explicit debt ceiling.

Strict fiscal rules may compel weak politicians to appropriate resources from elites to fund their spending priorities without risking defaults and inflation that would discredit welfare reform and the NHI.

There is still a long way to go before the next election, but SA will be better off making a move now to guard against the delegitimisation of much-needed human capital investments, which are crucial for the economic diversification, and consequently the development, of the country.

• Dr Mthanti is a senior lecturer in finance at the University of Cape Town’s Graduate School of Business.

The parties in municipal coalitions have little in common but need to work together on service delivery, writes John Dludlu
Opinion
8 months ago

NDINAVHUSHAVHELO RABALI: If history is a guide, here are dark clouds on the ...

SHIRLEY WEBBER: Africa’s growth a challenge and opportunity amid energy ...

NDINAVHUSHAVHELO RABALI: If history is a guide, here are dark clouds on the ...

SHIRLEY WEBBER: Africa’s growth a challenge and opportunity amid energy ...