Extensive study shows ivermectin can reduce the risk of infection by 92.5% and is the standard of care in many countries 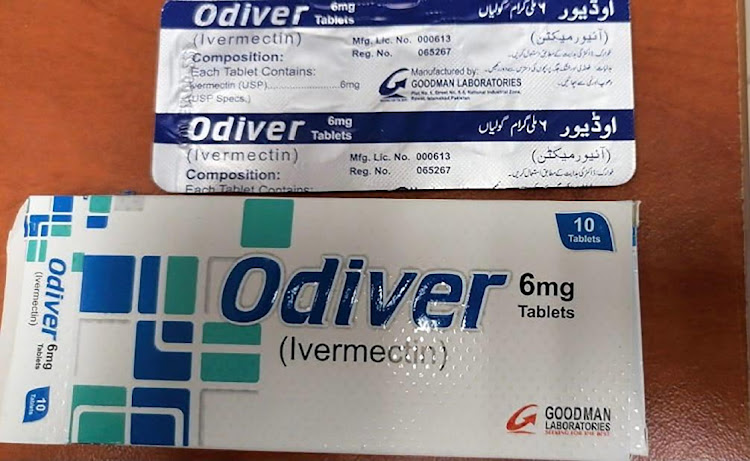 Although the ongoing vaccination campaign shows promise in turning the tide against the coronavirus, gaps in access and acceptance persist, posing a particular threat to underserved populations and developing nations.

I have worked on the front lines during both of SA’s Covid-19 waves, and seen first-hand that the drug ivermectin is effective in preventing and treating the disease, with great potential as a supplement when vaccine administration lags. SA has recently cleared the way for that approach. Other nations and institutions should follow suit.

On April 6, a high court order determined that as ivermectin is an active ingredient in a medicine registered by the nation’s health products regulatory authority, this allows it to be prescribed “off-label”, that is, for uses other than those on the label of the registered medicine. I’m proud of the work I did with civil rights group AfriForum to obtain this victory. And I’m confident that it’s grounded in sound science and proper public health policy.

Off-label prescriptions are nothing new. Indeed, they’re a key tool for doctors to assess and treat emerging health threats. Once a drug is known to be safe and effective for one use it is entirely reasonable for healthcare providers to use that drug for other purposes where there’s sufficient evidence of efficacy. That’s precisely the case here.

In my work in SA, I’ve treated dozens of Covid-19 patients daily. I’ve prescribed and administered ivermectin to hundreds of people, and tracked more than 50 patients who were moderately to severely ill, including several with severely compromised immune systems. I’ve seen ivermectin make a difference in their outcomes — and the research backs this up.

Extensive study shows ivermectin can reduce the risk of getting Covid-19 by 92.5%. This is based on seven controlled trials conducted on thousands of healthcare workers and family contacts. Six were prospective trials, not retrospective studies like those criticised by opponents of other preventative treatments. And three were also randomised, meeting anyone’s standard for a credible study. These trials were designed by various institutions in multiple countries, and they all show the same thing: ivermectin substantially reduces the chance of infection.

Health agencies and professional bodies should encourage doctors to use their discretion in selecting from every appropriate, available measure to stop this infection, rather than discouraging this practice

On February 20, the technical working group of the British ivermectin recommendation development (Bird) group presented a comprehensive assessment of existing ivermectin trials to their recommendation development panel. They laid out a systematic review and meta-analysis of 21 randomised controlled trials (RCTs) of ivermectin on more than 2,500 patients. The panel was made up of more than 65 GPs, specialists, researchers and patient representatives, representing more than 15 countries.

The Bird panel followed a process consistent with World Health Organization (WHO) standards. It reviewed not only the RCT data but also a summary of studies and numerous epidemiological analyses. This research showed positive effects on population-wide rates of excess death from distribution and treatment adoption of ivermectin.

A three-quarters majority of panel members found moderate to high certainty of this comprehensive evidence base. Importantly, the panel identified no conflicts of interest among the trials. The panel consensus chose the strongest recommendation option for ivermectin to be adopted both to prevent and treat Covid-19.

This is in keeping with a trend across many national and local health authorities around the world. Bulgaria and Slovakia have approved ivermectin for nationwide use. India, Egypt, Peru, Zimbabwe and Bolivia are distributing it and registering rapid decreases in deaths. A growing number of regional health authorities have advocated for or adopted ivermectin across Japan, Mexico, Brazil, Argentina and SA. And it is now the standard of care in Mexico City.

Universal vaccination may be the appropriate end goal, but too many gaps in access and acceptance persist, particularly in developing nations or among underserved populations, even in developed ones. Health agencies and professional bodies should encourage doctors to use their discretion in selecting from every appropriate, available measure to stop this infection, rather than discouraging this practice.

The WHO has unfortunately refused to recommend the use of ivermectin outside clinical trials. While the worldwide effort to rollout vaccines is taking hold, I simply cannot understand why it and other professional and regulatory bodies disregard this promising treatment, which could be saving lives around the world right now.

The WHO and others need to endorse an “all of the above” solution to win the fight against this scourge. And frontline doctors should use their best professional judgment to treat patients, in line with the research and the best traditions of our profession.

• Coetzee is a practising physician in Pretoria.

Police seize smuggled ivermectin worth R126m at OR Tambo

Ivermectin is a cheap, off-patent, anti-parasitic drug not registered for human use in SA, but which has piqued the interest of researchers
National
4 months ago

LETTER: Sahpra should give nod to ivermectin

Another variant is dominating infections in Uganda and Rwanda, and is spreading through truck routes
National
1 month ago

The state says there is enough oxygen but there are distribution problems, as author Arundhati Roy calls for Narendra Modi’s resignation
World
1 month ago
Next Article