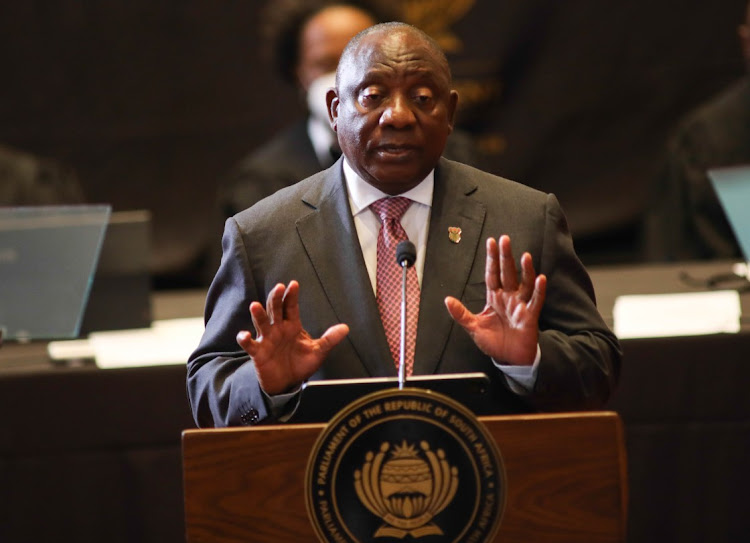 President Cyril Ramaphosa will face the first motion of no confidence in his leadership on March 30. This will be the same day his cabinet’s fitness for office will also be called into question.

National Assembly speaker Nosiviwe Mapisa-Nqakula announced on Thursday morning that both motions would be held then.

“The scheduling of the two motions of no confidence in the president and in cabinet ... I will provide feedback, but for now we are proposing the date of March 30 for both the debate and the voting for these two motions, which have been submitted by both the ATM and the DA,” she said.

Mapisa-Nqakula added that voting on both motions would be done openly and there would be no secret ballot.

She rejected a DA request that members of the executive not participate in the process because of a possible conflict of interest.

Citing an earlier court judgment on secret ballots, DA chief whip Natasha Mazzone urged Mapisa-Nqakula to reconsider her stance on open voting, saying MPs could receive backlash from their political parties should their views not be the same as the political party, and hence the ballot had to be secret

“An open vote on an issue such as this would be very concerning to many MPs and I don’t think it would be fair,” said Mazzone.

She asked Mapisa-Nqakula to get legal opinion on the matter so that parties could discuss it further and get a compromise that would be more appealing to them.

“At this stage, an open vote on something like this … we might as well be wasting our time. We have a joke inside parliament on how long you are likely to stay around if you vote against your party line.”

Mapisa-Nqakula was unmoved, saying she had already received a legal opinion on the matter and that it was her prerogative to decide on the voting.

“I wouldn’t have come to this meeting without a legal opinion. I have been discussing with the legal team and the legal team has given me advice, which I believe is correct. As far as I am concerned the environment in parliament is not toxic at all,” she said.