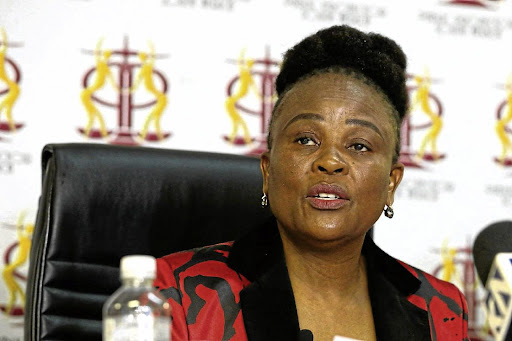 The ongoing attempts, driven by the DA, to secure the two-thirds majority in the National Assembly to remove public protector Busisiwe Mkhwebane from office may take some time to complete. They certainly constitute a challenge to the commitment of parliamentarians to the rule of law.

Mkhwebane’s “Stalingrad strategy” is designed the spin out the proceedings for as long as she can, using hopelessly misguided court challenges.

The provisions of section 194(3) of the constitution confer a discretion on the president to suspend Mkhwebane from office at any time after the start of proceedings for her removal from office. That time has arrived.

The weekend disclosures of the entirely inappropriate accommodation arrangements Mkhwebane has enjoyed in the ministerial compound, unlike her predecessors dwelling among those she is legally obliged to police, must surely be the final straw.

Ramaphosa has the opportunity to display his commitment to the rule of law. He should use it.

At the same time, let him ponder the utility and constitutionality of cadre deployment in the leadership of chapter 9 institutions.

Busisiwe Mkhwebane’s intended application comes after a panel found there was prima facie evidence that she was incompetent and/or guilty of ...
National
5 months ago

If the former chief justice could do a good job with his head raging, any new incumbent will be just fine
Opinion
6 months ago
Next Article

Parliament to proceed with Mkhwebane inquiry

Parliament to proceed with Mkhwebane inquiry