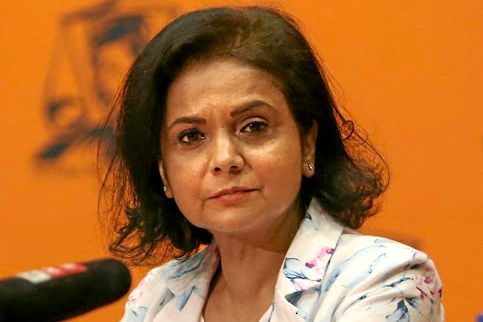 The preservation order over Gupta-owned Optimum Coal Mine sought by the national director of public prosecutions (NDPP) Shamila Batohi is, according to the business rescue practitioners (BRPs).

They say it infringes on their right to conduct their affairs without interference. Greg Wickins, for the practitioners in charge of the mine, said in the high court in Pretoria on Thursday that Batohi was not executing her duties in a lawful manner.

“If the NDPP wants to exercise the powers she has, she must do so lawfully. This [the sale of Optimum Coal Mine] is the plan of the creditors and the company. They are not giving it away. This was the plan presented and adopted by creditors. It is not something done overnight,” said Wickins.

“To suggest now at the finish line that they will commit a crime does not hold water.”

Batohi has brought two applications under the Prevention of Organised Crime Act (Poca) to recover what the National Prosecuting Authority (NPA) says are proceeds of crime linked to a corrupt scheme for the acquisition of Optimum.

According to Wickins, hundreds of thousands of rand are needed for Optimum to operate, and the buyer will have to re-establish the mine.

“They [the NPA] want to use Poca to stop the BRPs  from executing their duties. They want to interfere with the BRPs’ personal rights, obligations and responsibilities,” Wickins said.

The BRPs accused the state of launching a “collateral” attack on them.

“All these factors show that the purpose to which Poca has been put is not legitimate. We will show that the Companies Act itself has crime-preventive purposes.”

The preservation order the NDPP seeks from the court can be granted only if a forfeiture application is forthcoming, Wickins said. “The court knows there isn’t one. The court knows what they want to do is put a curator in who will oversee the business rescue practitioners. It’s not possible.

“One would have expected the state to deny that if that was wrong, but they don’t. The only evidence the court has before it is that the state does not intend proceeding to forfeiture. If that is the case, there is no possibility of a preservation order being granted.

“Poca does not allow for a preservation to be granted in a vacuum. It has to go towards a forfeiture order.”

The prejudice the order would bring about was immediate and final.

“The court should not grant the application, not because there won’t be a forfeiture application, but in its own terms,” said Wickins.

“The abuse of power from beginning to the end, starting with threats of arrest, ending with an order that tries to legitimise unlawful actions that try to use a statute for a purpose that it was never intended. These are the abuse of elements that we point to in the NDPP’s efforts to overturn state capture.

“Nobody is against the NDPP’s efforts. Of course she must execute her duties, but she must do so in recognition of everybody else’s rights. She cannot do so unlawfully.”

The NDPP must make out a case in her founding affidavit and raise the issues upon which she seeks to rely, he said.

“She must stand or fall by her founding affidavit. She must identify the portions in documents in her 13,000 pages upon which she relies. What she must not do is direct the BRPs’ attention to one issue and then come to court and argue another.”

Andrea Johnson: the fearless prosecutor who took on Jackie Selebi and Brett Kebble

With the release of the third tranche of the state capture report on Tuesday, Johnson is likely to have her hands full, bringing to justice those who ...
National
4 months ago