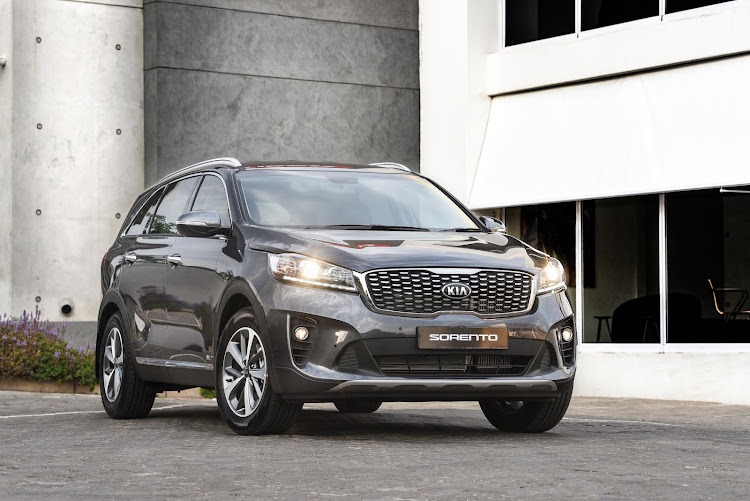 Kia was the top brand and won several categories, including the Sorento (pictured) which was voted tops in the upper midsize SUV category. Picture: SUPPLIED

Kia owners have reported fewest quality issues within the first 90 days of ownership in the US, tying with Dodge for first place.

The JD Power US Initial Quality Study, now in its 34th year, looks at problems experienced by thousands of US buyers of new, mainstream cars during their first 90 days of ownership. It rates cars on a scale of number of problems per 100 cars (PP100) — lower scores being better — with Kia and Dodge tying on 136.

It was the sixth consecutive year that Kia was the number one mass-market automotive brand in the study. 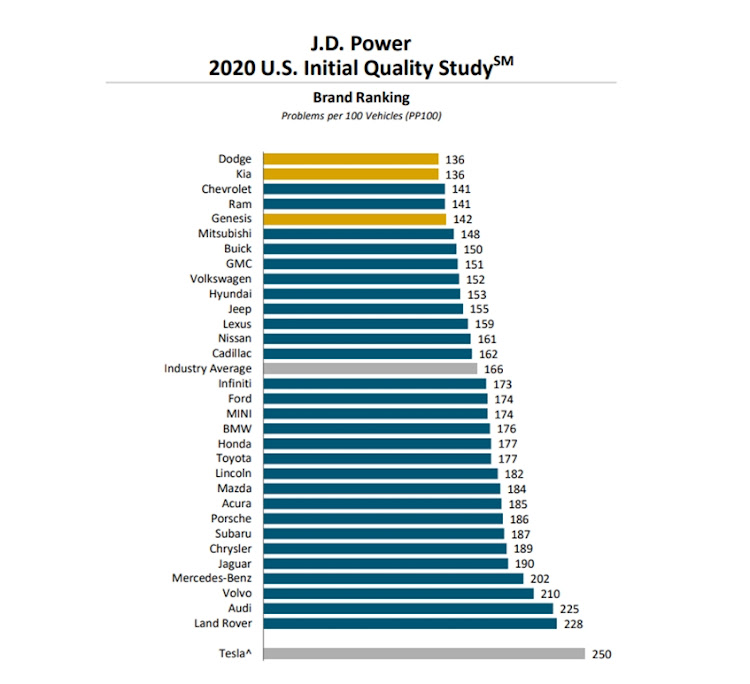 The graph shows the heroes and zeroes in the J.D. Power US Initial Quality Study. Picture: SUPPLIED

The Kia Forte (Cerato), Sedona, Sorento and Soul each topped their respective segments. The Ford Mustang had the least problems among sports cars, while the BMW 8-Series was the best among large luxury cars.

The annual report analysed responses from 87,282 respondents with regards to 189 vehicle series across 26 segments. Vehicles were evaluated on driving experience, engine and transmission performance and a broad range of quality issues reported by vehicle owners. The full study is available at www.jdpower.com

Brad Binder to remain with Red Bull MotoGP team in 2021

KTM’s factory MotoGP team has announced that SA’s Brad Binder will be retained in 2021, alongside Portuguese rider Miguel Oliveira. 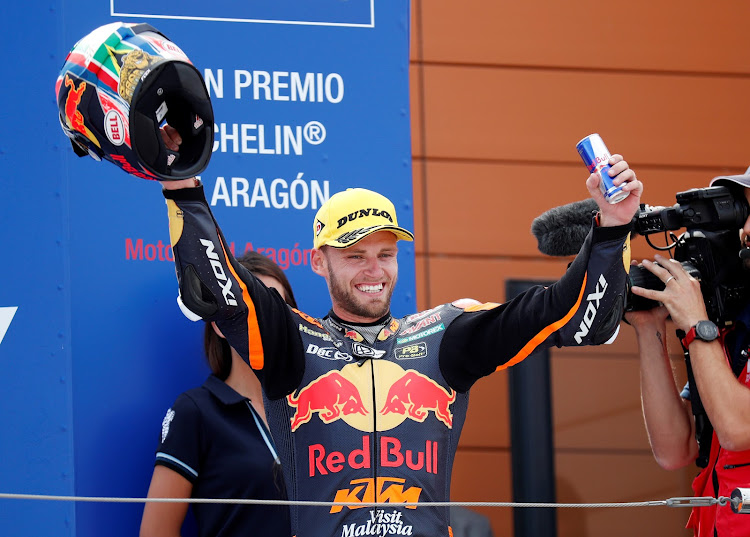 SA’s Brad Binder, without turning a wheel in 2020, has been signed by KTM’s factory MotoGP team for a second year. Picture: REUTERS

Binder, 24, this year moved up to the premier MotoGP class of motorcycle racing but has yet to make his debut as the season has been delayed due to the Covid-19 pandemic.

In winning the Moto3 title in 2016, Binder became just the third motorcycle grand prix world champion from SA, after Jon Ekerold and Kork Ballington. After three seasons in the intermediate Moto2 category with KTM, the Potchefstroom-born moved up to the premier MotoGP class where he will race against superstars like multiple champions Marc Marquez and Valentino Rossi.

He has been part of the Red Bull KTM family since 2015 and became the company’s third Moto3 World Champion in 2016; lodging all of his 15 GP victories "in orange".

This year’s coronavirus-delayed MotoGP world championship will get under way with a double-header event at Spain’s Jerez circuit on July 19 and 26.

Nissan on Monday blasted suggestions in media reports of a conspiracy within the company to oust former chairman Carlos Ghosn. 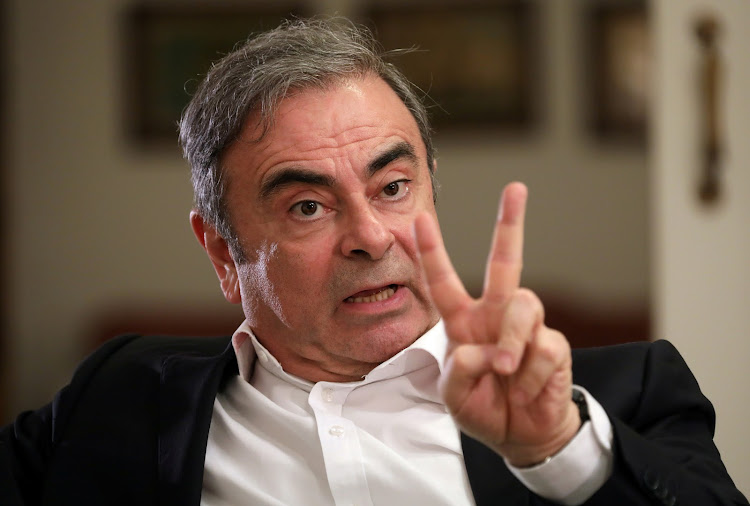 Ghosn's 2018 arrest in Japan on financial misconduct charges has led to much speculation that the move was orchestrated by Nissan executives who opposed closer ties with partner Renault SA.

"I know that in books and the media there has been talk about a conspiracy but there are no facts whatsoever to support this," Motoo Nagai, chairman of Nissan's auditing committee, told shareholders at the company's AGM.

Responding to demands from a shareholder to address the speculation, Nagai argued that the investigation into Ghosn was conducted both internally and by outside law firms.

Monday's meeting lasted almost two hours — twice as long as planned — as shareholders grilled CEO Makoto Uchida on how he planned to restore trust in the company after the Ghosn scandal, and revive sales in the US and China.

Uchida, who took the helm in December, told shareholders he would stick to his promise to step down as leader if he fails to deliver on a turnaround plan for the Japanese automaker, which last month reported its first annual loss in 11 years.

Seeking to slash costs and downsize after years of excessive spending in the pursuit of market share, Nissan plans to cut its model range by about a fifth and reduce production capacity, shuttering plants in Spain and Indonesia and laying off workers in countries including Mexico.

It now aims to sell 5-million vehicles a year, far fewer than past ambitions of 8-million.

The organisers of the Geneva International Motor Show said on Monday that they would not host the event in 2021. 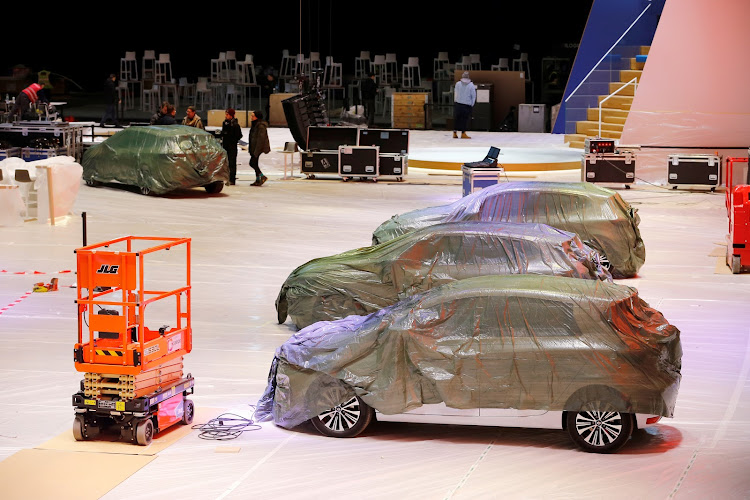 The Geneva Motor Show has been cancelled for the second consecutive year. Picture: SUPPLIED

The organisers said a majority of exhibitors surveyed said they would probably not participate in a 2021 event and that they would prefer to have it held in 2022.

“The automotive sector is going through a difficult phase, and exhibitors need time to recover from the effects of the pandemic,” said the committee and council of the Foundation Salon International de l'Automobile.

This year’s Geneva show, scheduled for March, was also cancelled due to the Covid-19 pandemic.

Last year 660,000 people attended the show and the exhibition generated an estimated $205-$256m worth of business.

One of the world’s most popular annual automotive showcases, the show was first held in 1905.

Renault Koleos gets a refresh for 2020

Purchasing a vehicle on auction can land you a good bargain, but look out for the pitfalls
Life
9 months ago
Next Article

When a supercar becomes a part of the interior décor

When a supercar becomes a part of the interior décor