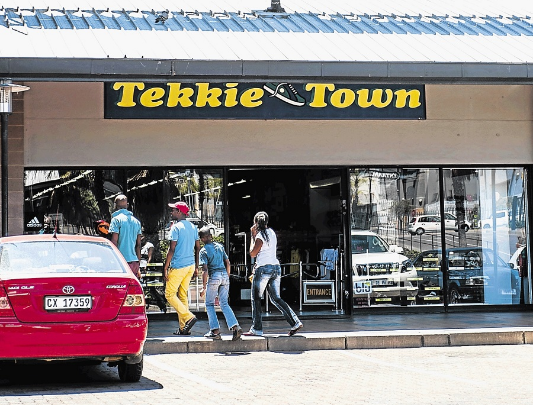 If Tekkie Town succeeds in its liquidation of Steinhoff, it will cause catastrophic damage to the settlement processes that aim to save Steinhoff and pay thousands of creditors. Instead, the creditors are being held “to ransom” by two men applying for the liquidation.

This was the argument of Steinhoff advocate Arnold Subel in the high court in Cape Town, where he was seeking a postponement in the case to have the company wound up and its proceeds shared among creditors.

Businessmen Bernard Mostert and Braam van Huyssteen sold their shoe business Tekkie Town to Steinhoff in 2017 for shares worth R1.8bn that lost most of their value months later when SA’s biggest corporate scandal was revealed.

The application by the pair is part of another bid to have Tekkie Town returned to them.

But Steinhoff also faces more than 100 legal claims totalling about R130bn from shareholders who say they were duped into buying a worthless stock through misleading information.

Facing bankruptcy from the sheer volume of claims, Steinhoff offered a settlement of €1.42bn (about R24bn) in August, up from €943m in July 2020, hoping to end the court action. Those who vote in favour of the settlement payout have to withdraw all legal claims against the company.

The settlement process received support from claimants and lenders in the Netherlands this week and from two of three sets of SA claimants, with the final settlement vote by contractual claimants such as Christo Wiese taking place on Friday afternoon. Following that, the settlement offer will need to be approved in both the SA and Dutch courts.

Subel told the court the settlement had been years in the making. “Where we are now is the product of years of negotiations [and] of very, very, very difficult discussions and negotiations [between] the new management of Steinhoff with creditors to find a position which is in everybody’s best interest.”

He accused the two former owners of Tekkie Town of causing “irreparable prejudice” to the thousands of creditors that have voted in favour of the settlement.

He said liquidation would “kill this goose and prejudice worldwide stakeholders”.

“Many, many thousands of people will be out of employment. The interests of the general body will not be served by burying this company.”

This, however, was disputed by Tekkie Town advocate Willie Duminy, who said not one job would be lost if Steinhoff is  liquidated.

The liquidation is not seeking to close down Steinhoff’s subsidiaries such as Pepkor, which owns companies like Ackermans and Incredible Connection, but to wind up its shareholding in profitable firms, said Duminy. A liquidation would allow the proceeds of Steinhoff to remain in SA rather than go to creditors abroad and allow for an independent investigation into the fraud at the firm, argued Mostert.

Steinhoff’s application for the postponement comes as it appeals an earlier decision that the case can be heard in SA.

On Monday, judge Hayley Maud Slingers ruled the liquidation court case can take place in SA and does not need to be fought in the Netherlands, where Steinhoff is registered.

Steinhoff disagrees, saying that allowing SA courts to liquidate companies in foreign jurisdictions would set a precedent and is of enormous public interest.

In his legal papers, Mostert argued against the liquidation case being held in the Netherlands. “Although Steinhoff was incorporated in [the] Netherlands, it has no real connection to that country.”

He said the Dutch registration was just an illusion “created to allow a group of SA companies and individuals to export their assets to safer waters of the Netherlands and to provide Steinhoff with a means to access European capital markets”.

Subel argued that there were other avenues in law that Mostert and Van Huyssteen could use to have Tekkie Town returned to them without asking for the liquidation.

No explanation has been given for the delay, while former chair Christo Wiese says he doesn’t know when it will take place
Companies
2 weeks ago

All claimants voted to support the settlement, which must now go before a Dutch court on September 16
Companies
2 weeks ago
Next Article