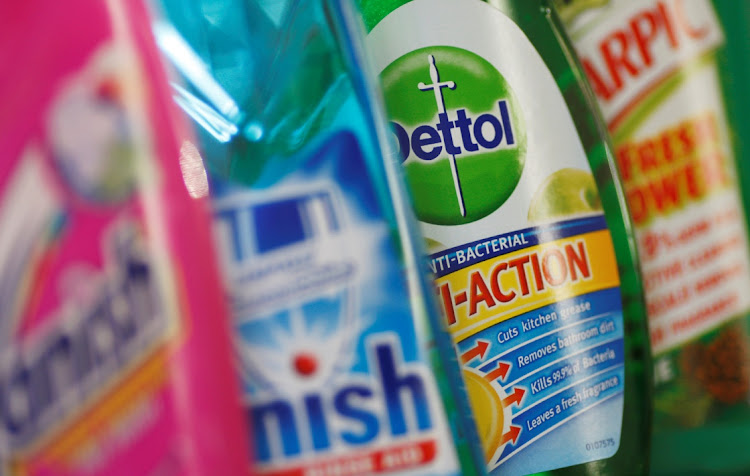 Reckitt Benckiser Group joined other top consumer goods companies with a warning its margins will be squeezed in 2021 due to higher costs, sending its shares 9% lower in early trading on Tuesday.

CFO Jeff Carr told journalists on a call that Reckitt had witnessed inflation across “most of its commodity groups”, with costs trending up between 8%-9% for the year.

The company said it would take time to offset the inflationary headwinds with productivity and pricing action being implemented in the second half of the year and early 2022.

Reckitt's comments mirrored those of larger peer Unilever, which last week cut its margin guidance blaming higher raw material costs on everything from crude to palm and soybean oil.

“For years, the market has assumed that big consumer goods companies had such strong brands that it was easy to pass on any extra costs to the customer in the form of higher prices,” said Danni Hewson, financial analyst at AJ Bell.

“Unilever recently showed that wasn't quite the case, and now Reckitt has also poured cold water on that theory. Its margins have taken a hit from higher raw material costs.”

The rollout of Covid-19 vaccinations, the reopening of developed economies and nearly $6-trillion in US government relief announced since the pandemic’s outbreak are fuelling demand for everything from restaurant meals to cars, straining the supply chain, creating labour shortages and driving up commodity prices.

It posted a £1.82bn first-half operating loss, due to a £3bn charge it incurred on the sale of its infant nutrition business in China announced in June.

The pandemic boosted Reckitt's sales to record levels in 2020, but there are signs that momentum is easing as vaccinations gather pace and stay-at-home restrictions in developed economies are lifted.

Reckitt said brands including Finish, Airwick, Harpic and Veet, which make up 70% of its sales, are growing, but at slower rates than last year, while brands such as Durex, Vanish and Nurofen are returning to growth as market conditions normalise.

Like-for-like sales rose 2.2% for the three months to June 30, excluding its infant nutrition business in China, lower than the 2.3% growth analysts had expected, according to a company-supplied consensus. Second-quarter net revenue fell 8.2% to £3.1bn.

Reckitt said it expects third-quarter like-for-like sales to be slower than in the same period in 2020. Sales are expected to pick up in the fourth quarter led by cold and flu remedies, which were starting to show “positive momentum” in places such as Australia and in the US in states where mask wearing is not mandated.

The company, which rebranded as Reckitt from RB earlier this year, maintained its full-year sales growth forecast of between 0% and 2%.