Sibanye-Stillwater has inked a R7bn deal for a 50% stake that is mooted to become the largest lithium mine in the US, and marks the precious metals producer’s largest acquisition yet in a pivot to become a green metals company.

Ioneer will retain the other 50% stake, as well as operational management responsibility. Sibanye said it will also subscribe for $70m worth of new ordinary shares in ioneer, equal to 7.1% of the available ordinary shares.

This is the third and largest investment by Sibanye into the battery metals sector as it looks to transform the company for the future. Earlier this year the company announced a €40m (almost R700m) investment agreement with the Keliber lithium project in Finland, as well as plans to acquire the Sandouville nickel refinery in France for €65m.

The battery metals will be essential for the transition to a cleaner future, Sibanye CEO Neal Froneman said in a statement. “Rhyolite Ridge is a world-class lithium project and we recognise its strategic value, with the potential to become the largest lithium mine in the US,” he said. 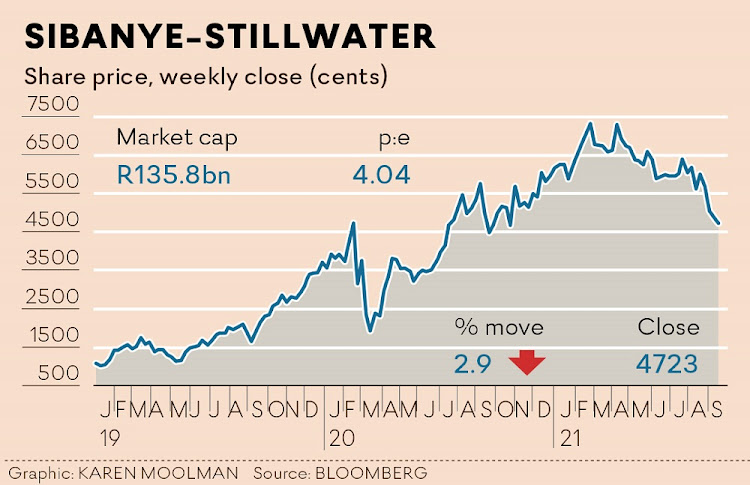 Sibanye-Stillwater has now clearly moved into action with its battery-materials strategy, with the three deals in fairly short succession, said Arnold van Graan, mining analyst at Nedbank Corporate and Investment Banking. “The strategy should give Sibanye-Stillwater some early-mover advantage, as the market for these materials is expected to heat up over the next few years.”

Under the terms of the joint venture, Sibanye-Stillwater will also have an 18-month option after the completion of the project to acquire a 50% interest in the North Basin, a highly prospective exploration asset neighbouring the current project, for up to an additional $50m.

Sibanye-Stillwater said its battery material strategy is primarily focused on the US and Europe in recognition of the developing need for battery metals for the transition towards greater electrification of their established automotive industries.

Van Graan said he believed it will take some time for investors to fully wrap their minds around this strategy and recent acquisitions.

“We believe investors would want to have good visibility on possible cash flow from these assets before they start pricing in the full potential of these assets.

“We, therefore, do not expect this strategy to drive a near-term rerating in the stock. We believe a near-term rerating will depend on a continued strong operational performance and free cash flow generation. In time, however, this strategy could serve the company well if there is a prolonged and sustainable boom in battery metals as Sibanye-Stillwater expects,” he said.

The Sibanye-Stillwater share was down 3.27% to R47.05 per share at the close of trade on Thursday. The purchase price of $560m represents about 6% of the group’s current market capitalisation and 20% of it annualised free cash flow for the first half of the 2021 financial year, Van Graan noted.

“The cash outlay of this strategy is now starting to tally up to a more material number, with about $680m in deals before advisory fees,” he said. “Given the pullback on PGM prices in recent weeks, the market may be a bit more cognisant about the scale of the cash being deployed to this strategy.”

The miner’s caution about palladium prices is worth a pause. But some say there’s plenty of cash to be made yet
Money & Investing
11 months ago