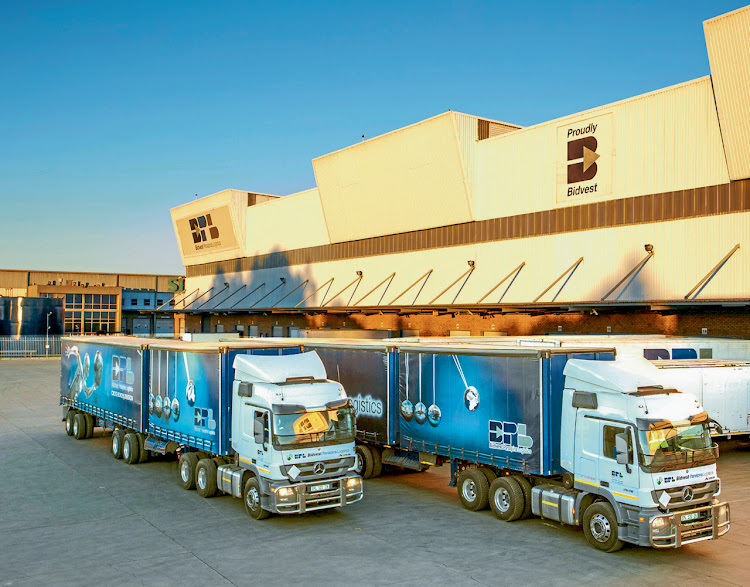 Shares in Bidvest, whose diverse interests span cleaning services to used cars and freight management, were having their best day in more than 13 years on Friday, after the group said it expects profits to rise by about a third in its half-year to end-December.

Headline earnings per share (heps) are expected to rise by between 35% and 40% in the six months to end-December, the group said, with its shares leaping as much as 10.27% in response, adding R7bn in market value.

Heps from continuing operations, which excludes the disposed of Bidvest Car Rental, are expected to rise by between 32% and 37%, the group said.

Bidvest’s heps guidance for continuing operations was against full-year guidance of between 10% and 29%, depending on the source, said Chantal Marx, head of investment research at FNB Wealth and Investment­s.

For full-year results to meet expectations, the group would only need growth of 4.5% in the second half, which seemed low, she said. 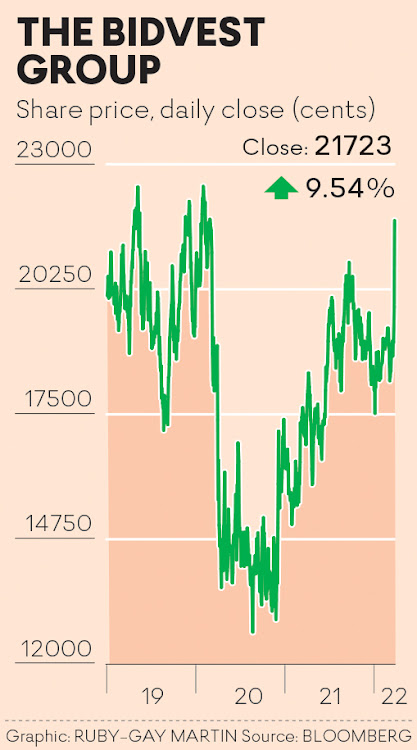 “We retain our favourable long-term view of this counter and view it as a key beneficiary of a continued — albeit slower — recovery in SA and UK economic growth and thematic support for hygiene services globally,” said Marx.

Founded three decades ago, Bidvest’s portfolio includes services, freight, consumer and commercial products, financial services and automotive and is arguably considered a proxy for the performance of the economy.

The group didn’t go into details in its trading statement on Friday, but it said in a voluntary update in November that its financial performance was “strong” and it was encouraged by demand slowly returning in the travel and tourism related industries, as well as corporate office consumables.

The group’s business service operations, which include the services, freight, and financial services divisions, delivered “a very strong performance,” in the four months to end-October, it said at the time.

Update: February 11 2022
This article had been updated with additional information and industry comment.

Bidvest upbeat after swinging back to profit

Efforts at keeping costs low, and a shift in managerial focus to profits rather than volumes, helped four of the group's divisions deliver record ...
Companies
11 months ago

The diversified industrial conglomerate received a leg-up from a UK provider PHS, which it acquired in 2020 just as demand for cleaning services rose
Companies
1 year ago
Next Article

WATCH: How Bidvest could benefit from the pandemic

WATCH: How Bidvest could benefit from the pandemic