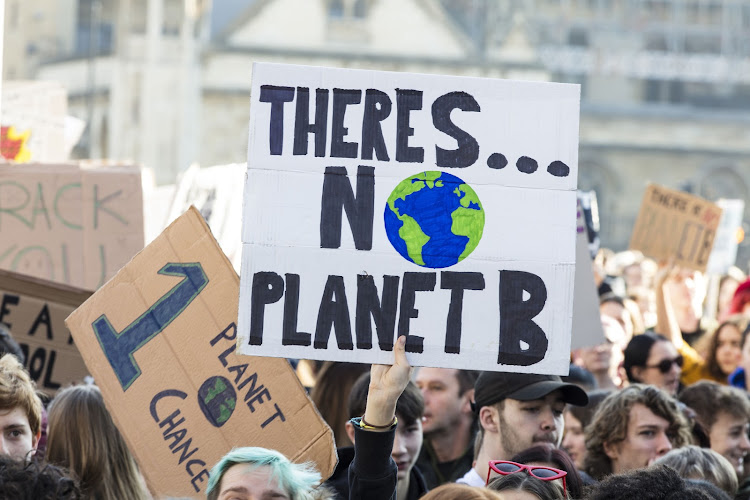 Climate activists have thrown red paint on the entrance of Standard Chartered's building as part of a ‘blood money’ march protesting the City of London’s funding of the fossil-fuel industry.

Hundreds of protesters , who initially gathered outside the Bank of England, are outside the 10-floor building including two atop the building’s revolving doors. Part of the Guildhall, the administrative heart of the district, has also been defaced.

The protests, which have attracted a heavy police presence, are targeting companies in London’s financial district as part of the group’s Impossible Rebellion, activists have said.

“The City of London is the arch-financier of the carbon economy,” Tim Crosland, a lawyer and a coordinator at Extinction Rebellion, told journalists last week. “It supports 60% of carbon emissions around the world and hosts companies like BP, Shell, Glencore and Russian fossil-fuel producers.”

The protests happen at a time when banks are scrambling to exhibit their green credentials, with some financial firms divesting from coal investments and others funding projects that could slow the pace of climate change. Sustainable investment assets have soared more than 50% since 2016, to $35.3 trillion last year, according to a report earlier this month.

Yet questions are being raised as to how effective these investments are, with about 70% not doing much, according to  the report by the Global Sustainable Investment Alliance last month. And financing fossil-fuel companies remains a major source of business for many banks.

Earlier this month, scientists warned that without drastic moves to eliminate greenhouse gas pollution, the planet will warm by 1.5° Celsius in the next two decades, the target global leaders set for the end of the century when they signed the Paris Agreement in 2015.

It is “unequivocal” that humans are responsible for global warming, the sixth global science assessment by the Intergovernmental Panel on Climate Change concluded.

Protesters want the state to ease some Covid-19 border controls to allow more seasonal overseas workers in, as the industry faces acute labour ...
World
11 months ago

An order by a Dutch court that Shell must deepen its planned emission reductions has raised fear in the industry of similar legal action against ...
Opinion
1 year ago
Next Article