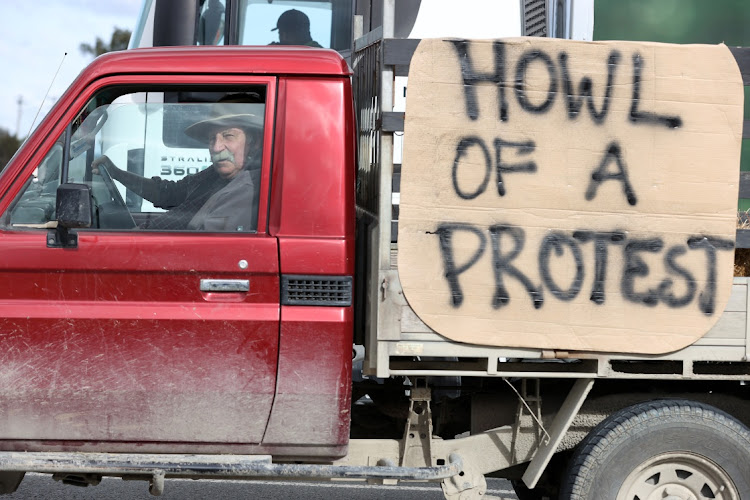 Wellington — Farmers in New Zealand drove their tractors to the city on Friday in a protest demanding the government loosen its environmental policies and climate change regulations, which they say are hurting their businesses. The nationwide demonstrations called “Howl of a Protest” saw protesters flood busy motorways with tractors, pick-up trucks known locally as “utes” and other farm vehicles, causing traffic jams in major cities.

Protesters have asked the government to loosen new regulations on managing waterways, and ease some Covid-19 border controls to allow more seasonal overseas workers into the country as the industry faces acute labour shortages.

They are also demanding the scrapping of what has been dubbed the “Ute tax” — a new government package subsidising cleaner electric cars while increasing fees on large petrol and diesel vehicles widely used by farmers and tradespeople.

“Farmers have got a lot of work to do and driving up the motorway in such mass is really representative of the gravity of what the farmers are feeling about these unworkable and unreasonable, and undemocratic regulations that they have just been forced upon us,” Scotty Bright, one of the organisers of the event in Auckland, told state broadcaster 1NEWS.

“It's just not workable, it’s really hurting farmers and it going to probably kill farming as we know it,” he said.

Some protesters held placards reading ‘No farmer, no food’ and ‘don't bite the hand that feeds you’.

Agriculture, fishing and forestry directly contribute about 7% of New Zealand’s $140bn economy and are a top export earner. But the sector has been criticised by environmentalists for degrading rivers and streams, many of which are now unsuitable for swimming, and for its carbon emissions.

Prime Minister Jacinda Ardern, in response to the protests, said the government was committed to tackle issues such as climate change and clean water.

“We cannot stand still. If we want to make sure that on the world stage our exports continue to fetch a high price and are highly valued, we have to make progress on the challenges New Zealand and the world is facing,” she told reporters.

“We’re committed to doing that alongside our farmers.”

Closed borders, regional lockdowns and a slow vaccination rollout are frustrating businesses and consumers
World
3 weeks ago
Next Article