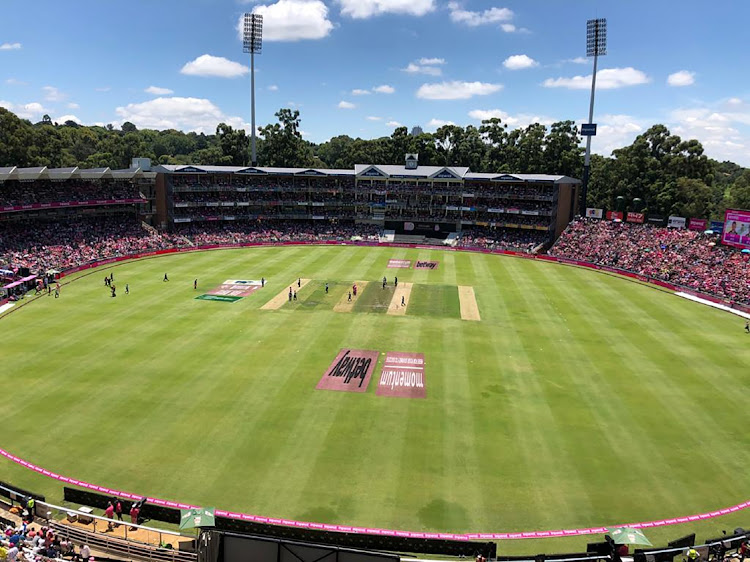 SA will welcome India for three Tests starting at the Wanderers in Johannesburg on Boxing Day, before heading to Centurion and Cape Town.

The tourists have won only three of their previous 20 Tests in SA but will fancy adding to that tally on their forthcoming tour, especially as the opener is at a ground that has surprisingly favoured them down the years.

Here is a look at their record at each of the three venues for the 2021/2022 series since the nations first clashed almost 30 years ago.

Summary: Much has been made of the lively Wanderers track down the years providing help to the SA seamers, but the Proteas have yet to beat India in Johannesburg after five previous attempts. In fact, the tourists have held sway in most of the Tests. The first encounter was the second Test of the inaugural series between the pair that ended in a low-scoring draw.

That four-match series had a seven-match One-Day International series played after the second game, before the Test series resumed. No side scored more than 300 in the Test, with India set 318 for victory, but finishing on 141/4 after 81 overs.

The second clash was in January 1997 and this time it was SA who hung on for the draw having been set 356 to win. They finished on 228/8 thanks largely to Daryll Cullinan’s unbeaten 122 in the fourth innings and Lance Klusener’s 49 batting at No 9. The teams did not play at the venue again until December 2006 and India romped to a 123-run victory, bowling their hosts out for 84 in the first innings. Seamer Shanthakumaran Sreesanth, who would later be banned for spot-fixing, took 8/99 in the match.

The teams were then involved in one of the most epic draws in the history of the game in December 2013, when SA reached 450/7 in their fourth innings chasing a world record 458. They stopped going for the victory target when Faf du Plessis (134) was the seventh wicket to fall, scoring two runs in the next 18 deliveries before Dale Steyn cracked a six off the last ball with the draw secured.

The decision to close up shop was criticised in many quarters. India won by 63 runs on their last visit to the Wanderers, in January 2018, on a pitch that was perilous for batsmen.

Summary: It was not until December 2010 that the teams first clashed at SuperSport Park and SA romped to victory by an innings and 25 runs. Morné Morkel took 5/20 as the tourists were bowled out for 136 in their first innings after being sent in to bat. Jacques Kallis scored an unbeaten 201, and Hashim Amla (140) and AB de Villiers (129) posted centuries as the Proteas managed 620/4 declared in reply.

India were much improved in their second innings, with Sachin Tendulkar (111) leading the way, but were bowled out for 459 and failed to make the home side bat again. They clashed again in the second Test of their series in the 2017/2018 season and SA were winners again.

They posted 335 in their first innings, before an excellent 153 from Virat Kohli dominated India’s reply of 307. The visitors were set 287 to win after SA’s second knock but bowled out for 151 as Lungi Ngidi took an impressive 6/39 and SA won by 135 runs.

Summary: Newlands has generally been a happy hunting ground for SA against India, with the fixture traditionally played early in the New Year. Their first meeting was on India’s maiden tour of the country in a game in which scoring was at a snail’s pace. The first two innings saw 636 runs scored, but they took 322 overs, which made a result unlikely and the match was drawn.

SA won by five wickets when they clashed in 2007, despite India posting an impressive 414 in their first innings. But the tourists were bowled out for 169 in their second dig as Dale Steyn (4/30) got among them.

The home side chased down their target of 211 for the loss of five wickets. India batted for 82 overs in the fourth innings of the fourth meeting in 2011 and reached 166/3 having long given up going in search of the victory target of 340. It was an impressive rearguard action, albeit on a pitch that had flattened out. Kallis got centuries in either innings (161 & 109 not out), while Tendulkar was immense in India’s first innings with a stylish 146.

SA claimed victory in their last meeting, in 2018, another low-scoring contest on wickets prepared to make life difficult for the batsmen.

India were set a modest target of 208 to win, having scored 209 in their first innings, but were bowled out for 135 as Vernon Philander took 6/42 on one of his many superb Newlands showings. He finished with 9/75 in the match.

Freer than older generations, they have a genuine desire for a more equitable society
Opinion
8 months ago