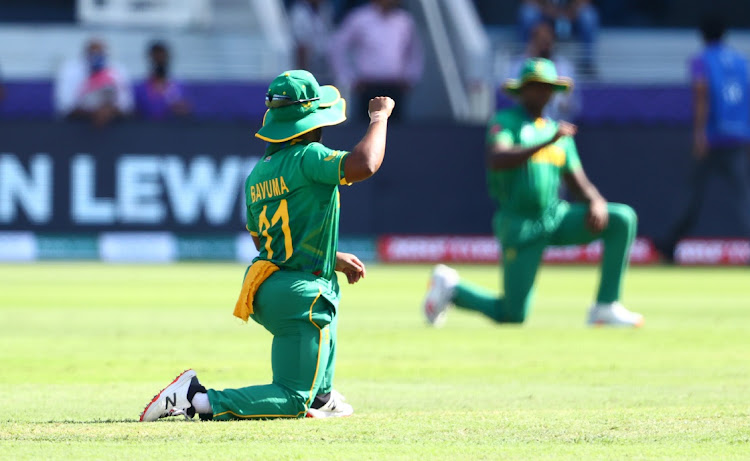 The writer argues that he real purpose of the Cricket SA Social Justice and Nation-Building Commission should be to develop a non-racial integrated cricket environment. Picture: FRANCOIS NEJ/GETTY IMAGES

Racism, gender-based violence and other forms of prejudice should have no place in society. That is a given. Being human, though, means that we often battle to filter the destructive lessons learnt in our childhood. Organisations face the same problem.

Generation after generation shifts its approach to life as the world adjusts to the changes thrust upon them all. The WW2 experiences of CEOs fighting alongside grey-collar workers developed a closely knit bond and trust between all soldiers, is one such example. That bred a generation that embraced a more equitable society, producing socialist economic reforms, including the formation of the NHS in England. That generation understood Ubuntu.

Under Nelson Mandela, fleetingly, SA understood and embraced Ubuntu. It now lies dormant beneath us, buried under corruption and self-interest, waiting to be awakened.

Instinctively as individuals, we know what is right. Racism and GBV are wrong. The Gen Z generation, those born between 1997 and 2012, have a clear set of values. They desire a more equitable society which is shown in their approach to GBV, LGBTQI+, racial prejudice and economic disparity.

Most people try to do right thing, with integrity. The Yorkshire Cricket Club board’s response to the Azeem Rafiq challenge and his racial exposé, however, raises questions of their integrity. The six-figure sum gifted to Rafiq is the board’s way of dealing with it. That is an extraordinary response to such a sensitive and critical issue. As is the firing of the entire 16-person Yorkshire team’s support staff. Racial prejudice cannot be willed away through sweeping dismissals and money.

Elizabeth Ammon in her London Sunday Times piece writes: “The new board of directors believes that it is only by clearing out the staff who were employed during the time of the investigation into institutional racism, that they will be able to begin the process of trying to persuade sponsors to return.

“Their response is a matter of finance. A response of integrity would have included a non-racial educational plan from school cricket upwards. The board remains stuck in old unsuccessful approaches.”

In 1980, my opening bowler Middlesex partner, the indefatigable West Indian Wayne Daniels and I were bombarded with racial and other taunts in Scarborough, Yorkshire. At that stage Yorkshire had never had a player of colour in their team and they could not accept the natural friendship between a white South African and a black West Indian.

Many spectators apologised to us for their behaviour when we were warming up before the third day’s play. They knew their sledging was wrong on all counts. Cricket does not run in a parallel universe separate from the rest of the world. Those spectators were racist.

Racism in SA is endemic. We need to start from the grassroots up and the Gen Z are seemingly there, less tainted by old deep attitudes. They can teach us. We need to give the SA youth the opportunity for natural social cohesion — not superficially or by artificial insistence. This can be achieved by shared activities such as drama or music genuinely coming together on a shared stage or with sport on a level playing field. There are ways of shifting perspectives.

The real purpose of the Cricket SA Social Justice and Nation-Building Commission (SJN) should be to develop a non-racial integrated cricket environment. Financial reparations are not the way. How will one judge the right amount, against what criteria?

All black South Africans have been racially excluded for generations. Those who have stood up bravely and honestly to share their stories at the SJN have the opportunity to use their experiences to change the country’s perspectives, rather than hope for a payout or position.

The report from the SJN will be presented to the Cricket SA board this week. It will hopefully set the right tone for healing which can bring us together as a cricket family. The report must not be just another politically correct dissertation.

My father in 1956 knelt down and explained why he was going to join the Torch Commando march of WW2 veterans, led by Sailor Malan. The march was organised to protest against the Nationalist government taking away the voting rights of the Coloured people. It was my introduction to our racist world at the age of eight.

I was later captivated by Martin Luther King’s  “I have a dream” speech. His words forever ring in my head, especially: “I have a dream that my four little children will one day live in a nation where they will not be judged by the colour of their skin but by the content of their character.”

The Cricket SA SJN can begin the process of making that dream a reality.

VINCE VAN DER BIJL: In T20 games, every ball is a chapter in itself

VINCE VAN DER BIJL: In T20 games, every ball is a chapter in itself