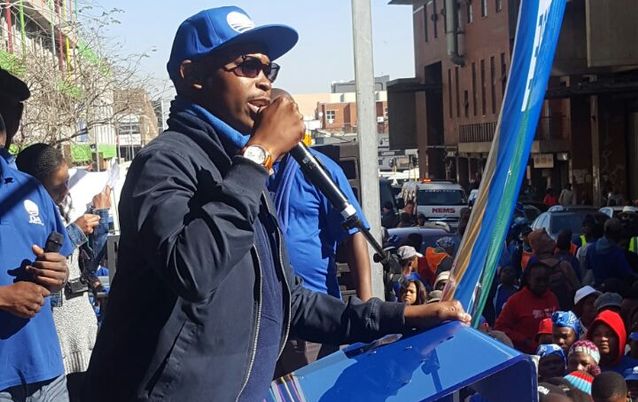 There is no animosity between the DA and former Midvaal mayor Bongani Baloyi after his sudden resignation from the party on Monday, says the party’s Gauteng leader, Solly Msimanga.

Baloyi quit the DA after 14 years. He was tipped to become the party’s Gauteng premier candidate in the 2024 national and provincial elections. He confirmed to Business Day on Monday that he tendered his resignation from the party with immediate effect.

Msimanga said the DA wishes Baloyi all the best.

“I find it strange when people point out that a black person has resigned from the DA and not when a person from another race leaves the party,”  Msimanga said.

“This hasn’t been an easy decision,” Baloyi said in the resignation letter sent to DA national leaders. He gave no further reasons for his abrupt departure from the party.

“I’m leaving on my own terms while my stock is still high and I am still wanted in the party… now it’s time to move on to the next thing,” he told Business Day.

“When I leave, it’s  my narrative and nobody else’s.”

Baloyi became the youngest mayor when he took the reins at Midvaal in 2013 and went on to make it one of SAs most successfully run municipalities.

His departure follows the drop in DA support after the November municipal elections in which the party failed to win majority votes in crucial metros save for Cape Town. DA support under Baloyi rose from 59% in 2016 to 63% in 2021.

Baloyi’s  situation differs from that of Maimane and Mashaba who left before their terms in office expired, says political analyst Levy Ndou.

“He [Baloyi] worked for two terms and his era has lapsed… His decision should be a good lesson for politicians who want to stay on in power without making any difference,” Ndou said.

Baloyi remained tight-lipped about his next move, only saying he will announce his decision in February 2022. Shortly after his resignation on Monday, he confirmed on Twitter that he will not be leaving politics, sparking speculation that he may be moving to another political party

The plans to make Baloyi Gauteng’s premier were discussed previously but were not formally put in place.

“It was just the leader [John Steenhuisen] expressing confidence in my ability with a good track record,” he said.

Under his stewardship, which ended after the November 1 2021 local government elections, Midvaal municipality received two clean audits and was ranked the top-performing municipality.

“It was the best time because I don’t leave any instability… right now there’s no election around the corner and there won’t be any issues in the municipality,” he said.

Updated: December 20 2021
This story has been updated to reflect additional information.

The party has formed majority governments in Johannesburg, Tshwane and Ekurhuleni with the help of smaller opposition parties
National
1 month ago
Next Article