Contrary to recent opinion, the DA can and will get more votes, because we deliver on the things voters care most about: jobs, service delivery and honest government

The title of Justice Malala’s column, "Why Can’t the DA Get More Votes?", is misleading and inappropriate.

It drives a false and damaging narrative that the DA can’t grow. This is not true. Of course the DA can grow — and it will have to if SA’s decline is to be arrested. It is the only political "magnet" strong enough to unite voters in the moderate, nonracial, law-abiding centre of the political landscape. It is the only party with the size, structures, systems and policies to offer a credible alternative. And it is the only party with a solid track record of good, honest delivery in government.

SA’s best-run province, best-run metro and top five best-run municipalities are all governed by the DA, according to independent rating organisations. There are miles of clear blue water between DA-run and ANC-run areas. One only has to visit Cape Town and Joburg to see the stark difference. 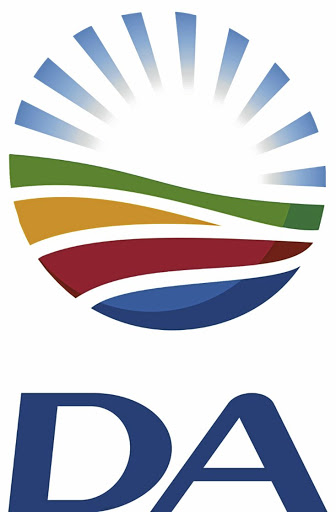 DA-run Midvaal, the only municipality in Gauteng where the DA governs with a full mandate, is a case in point. Under the leadership of mayor Bongani Baloyi, citizens have benefited from a decade of people-focused municipal delivery where public money is spent on the public. Midvaal has seven consecutive years of clean audits to show for it; it is clean and functional. Things work, so businesses invest, so people work.

This is the only sustainable model for real social progress in SA: get things working, so people will feel confident to invest, so we can get people working. The only way to create sustainable jobs is through investment in productive enterprises.

It should therefore come as no surprise that the broad unemployment level in the DA-run Western Cape is 17.5 percentage points lower than the average for the other provinces, according to Stat’s SA’s first-quarter data. It shows unemployment at 27.9% in the Western Cape and at 45.4% in the rest of SA. And Western Cape unemployment would be lower still were the province not held back by incoherent policy at the national level.

Our education and health outcomes are consistently and significantly better. The Western Cape was the only province to use the hard lockdown to build health-care capacity. It was also the only one to continue the school-feeding programme and paying early-childhood development subsidies at that time.

Even where the DA has no governing mandate or budget, such as in energy supply or policing, our governments are delivering. The Western Cape is spending R1bn to put 1,000 extra crime-fighting officers into the Cape Flats, with the aim of halving the murder rate by 2030.

Through its Steenbras dam system, the City of Cape Town is able to keep its residents on one level lower of load-shedding than Eskom.

This is why the DA can get more votes. Because we deliver on the things voters care most about: jobs, service delivery, and honest government.

In opposition, we’ve fought relentlessly to protect people’s rights. It is thanks to the DA’s doggedness on the "spy tapes" matter that Jacob Zuma is finally getting his day in court; that the Zondo commission is exposing state capture; and that the parliamentary process is under way to impeach public protector Busisiwe Mkhwebane. It is the DA that is in court challenging the constitutionality of the policy of cadre deployment that made state capture possible. In parliament, we continue to fight incoherent, investment-destroying policies such as expropriation without compensation, National Health Insurance and the mining charter.

These are all compelling and powerful reasons why the DA can and will get more votes.

Malala points out that the DA won just 1.7% of the vote in 1994, when it was still the DP. The party has grown steadily in every election since then, on the back of its track record. The exception was the 2019 general election, when voters punished it for straying from its core principle of nonracialism and sending out mixed messages.

But after implementing the recommendations of a comprehensive review, which called for a change of leadership and a return to nonracialism, the party is back on track and doing the hard yards to win back support.

Our economic justice paper offers a compelling, workable route to addressing the unacceptable and damaging inequalities that are mostly a result of past dispossession and discrimination, but also of the current insider-outsider economy that enriches a connected few at the expense of the many.

A proper analysis of recent by-election trends shows the DA is growing again in wards representing 89% of South Africans — that is, among black and white voters.

The DA stands ready to govern more municipalities after the local government elections in October. This is the first step voters can take to arrest SA’s decline. Not only can the DA get more votes — it must.

DA wants provinces to have power to hold referendums

Base who you vote for on considerations like cleanliness, water, lighting, sewage and dignity, not on history
Opinion
1 year ago

Why can’t the DA capitalise on a broken ANC?

In any other democracy, a corrupt and incompetent government would present a golden opportunity to the opposition. Somehow, this is not happening in ...
Features
1 year ago
Next Article