After many foreign nationals entered SA due to lax border security, businesses found that immigrants were more qualified for certain jobs than locals 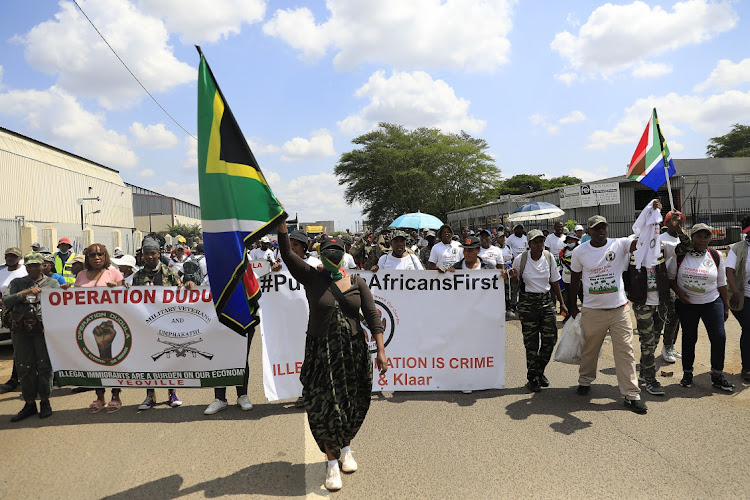 Members of Operation Dudula protested against the employment of foreigners. Picture: ALON SKUY

I was intrigued by Kashif Wicomb’s article, “Employing South Africans is an economic imperative,” (July 4). After many foreign nationals entered the country due to border security deficiencies, businesses discovered that immigrants were more qualified for certain jobs than locals. It may be that South Africans have become accustomed to the entitlement exemplified by the ANC (and the EFF).

I agree that undocumented foreigners should not be employed. However, the “lack of patriotism” referred to by Wicomb is irrelevant if the immigrant is a refugee or is entitled to work in terms of the Immigration Act or any other law.

Businesses will always act expediently to protect their efficiencies and profits. Bear in mind that SA's enormous unemployment rate was caused by ANC government policies and the destruction of state-owned entities, and therefore the private sector is not complicit in exacerbating joblessness.

Patriotism and loyalty have no place in business, particularly where the government has shown itself to be grossly unethical and dishonest towards its people. As the saying goes, if you want loyalty, buy a dog.