LETTER: KwaZulu-Natal could flare up again 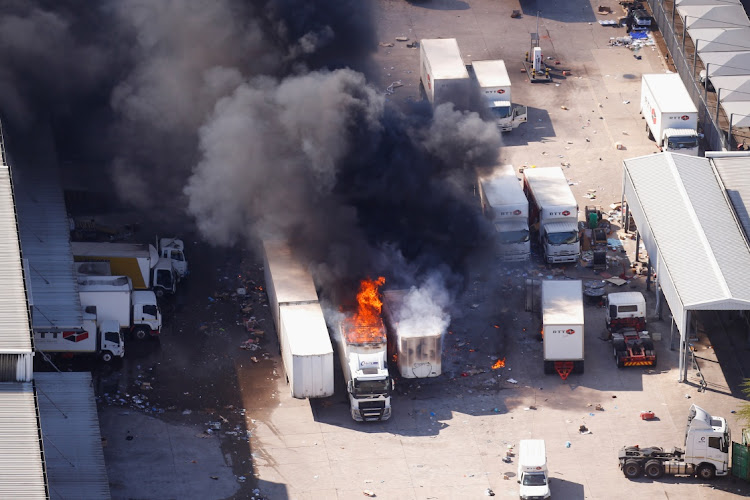 The looting and burning that took place in KwaZulu-Natal in July refers. One can arrive at some worrying conclusions as a result of the fiasco, which I believe has been a long time coming.

The Zulus are the biggest single population group in SA, and in 1994 they threatened to boycott the elections unless they got their homeland, KwaZulu. Eventually the powers that be relented, hence the Ingonyama Trust, controlled solely by the Zulu king — a form of dictatorship.

This is now a country within a country, virtually independent of the laws that prevail in SA. The elite of the Ingonyama Trust control KwaZulu as they see fit. The trust is the biggest single landowner in SA and is funded by the taxpayer.

What does this mean for SA? Tribalism will become progressively entrenched as only uneducated people will support this system. The trust will see to it that this status quo prevails. It is all about hanging on to power, not democracy.

No-one can own property in KwaZulu; you live at the discretion of the king, making it a nation of squatters/tenants. After all, who is going to improve property they do not own and can get evicted from at the king’s discretion? The only way for the elite to keep their grip on the reins of power is to entrench ignorance.

Expect schools, businesses and libraries to burn down from time to time. Political dissidents/opponents will be eliminated and, unfortunately, KwaZulu-Natal will sink further into dysfunctionality. SA has three economic powerhouse provinces, but I fear at some point in the not-too-distant future it will have only two.

Businesses in KwaZulu-Natal are reviewing their options after what happened three months ago. They ask themselves if it can happen again, and unfortunately it can. The future of the province is in the hands of those citizens living north of Durban, and they have another agenda — power at all costs.

Also, please remember: If you are going to loot, do so carefully and responsibly (a quote from Duduzane Zuma, the former president’s son).

No sir, Ramaphosa is not worthy of praise
Opinion
10 months ago