While excluding ‘dirty gold’ from the energy mix would be first prize, reality demands we find ways to mitigate its emissions 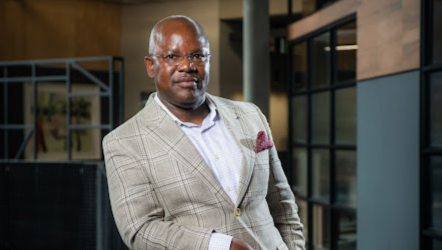 At least one observer will have been left with egg on their face after the rally in Thungela Resources that has illuminated the reality that coal remains crucial in the global energy mix.

When the Anglo American spin-off started life just less than a year ago, Boatman Capital, a short-seller few had heard of, said it attributed zero value to the company, despite thermal coal at the time generating about 40% of all electricity worldwide.

Instead, the shares have been among the must-haves in fund managers’ portfolios, including those, as Bloomberg reported, whom the split was supposed to appease due to their reluctance to hold fossil fuel investments. From an almost R300m loss in 2019, the company generated a mind-blowing R10bn in core profit and showered investors with more than R2.5bn in cash in 2021.

This performance has also offered policymakers, investors and activists a reminder that billions of people still depend on coal for their electricity needs. The so-called black gold is crucial in the manufacturing of cement, wind turbines, steel and aluminium.

India — one of the major emerging market economies and the world’s second-most populous nation — is the largest market for SA’s thermal coal, consuming 72-million tonnes a year. At home, Eskom generates the bulk of its electricity from coal-fired power stations.

Of course, fund managers will face uncomfortable questions about their commitment to combat climate change by including companies like Thungela in their portfolios, but it is not unreasonable to surmise that their stance is an implicit acknowledgment of evidence that coal will have a longer than anticipated future, something that has been emphasised by the energy crunch resulting from Russia’s invasion of Ukraine.

To be sure, coal is one of the biggest enemies of climate, and an environmentally friendly, cleaner and liveable planet needs less of it than more. Even so, it is still the biggest source of energy for billions of people in emerging markets, where, according to JPMorgan research last week, energy consumption is expected to drive demand that would exceed supply growth by about 20%  by 2030, based on current investment trends in supply.

Thungela chair Sango Ntsaluba is right when he said the dilemma, perhaps best illustrated by the last-minute wrangling during the recent COP26 conference about whether to “phase out” or “phase down” coal by 2030, should help shift policy debate from advocating for the removal of coal in the global energy mix to how the world can reduce its harmful effect on climate.

“We strongly believe that the coal debate needs to shift from phasing out of fossil fuels to the phasing in of all emission abatement technologies, including those relating to coal,” CEO July Ndlovu wrote in the company’s latest annual report.

It is easy to see it as a public relations stunt, and a bid to prolong coal’s role in a world where the cost of renewable energy is dramatically coming down. Critics say investing in technologies such as carbon capture and carbon storage makes little sense because the technology itself is energy intensive enough to negate the ultimate goal of reducing emissions.

But industry lobby body groups such as World Coal Association (WCA) will tell you otherwise, saying such technologies have “proven” to capture carbon produced from the use of fossil fuels in electricity generations and industrial processes nine of the 10 times. And the UN’s Intergovernmental Panel on Climate Change has firmly put such technologies on the table in the fight against global warming, saying in its 2021 report that the deployment of “carbon dioxide removal” technologies to counterbalance hard-to-abate residual emissions is unavoidable if net-zero carbon dioxide or greenhouse gas emissions are to be achieved.

It is time for a closer look at these technologies, which also include planting more trees, in the debate about the future of coal as source energy because one thing is clear: the black gold, however quickly we would like to be rid of it, will remain part of the global energy mix for the foreseeable future.

If the economic populists in the ANC want a lesson in how ruinous foot-off-the-brake monetary policy can be, here’s a timely lesson from Sri Lanka
Opinion
1 month ago

Mavuso speaks for an entire country sick of blackouts, but even more infuriated by the ANC-led government’s 14-year mishandling of the power crisis
Opinion
4 weeks ago