Far away from the conditionality of structural adjustment programmes, Africa can only benefit from having diverse sources of funding 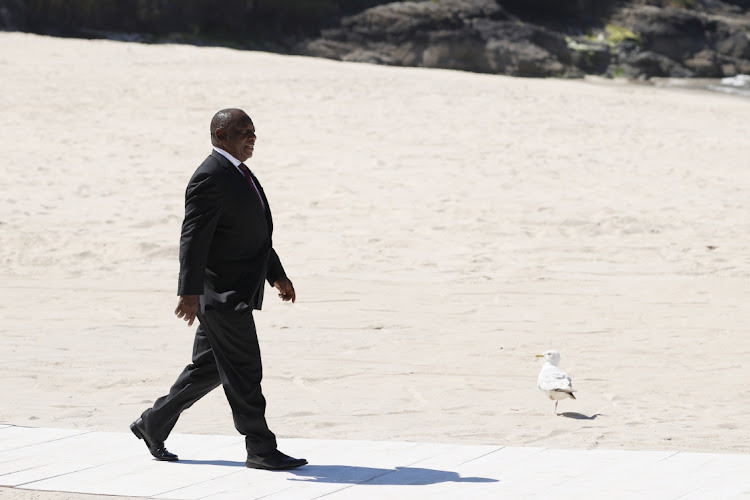 For a country that was neither a member nor an invited guest at the Group of Seven (G-7) meeting over the weekend, China had an outsize influence on events.

Former US president Donald Trump might be gone and his successor Joe Biden was keen to emphasise that the US is “back” and ready to play a leading role in solving the world’s many problems, but competition with the world’s number two economy isn’t going anywhere any time soon. Domestic politics in the US mean it cannot be any other way.

Just as on other sensitive policy issues such as immigration from its southern border, the administration under Biden can’t afford to expose itself to accusations that it’s being soft on China. It’s not surprising therefore that it has adopted a muscular approach to alleged Chinese atrocities in the region of Xinjiang, and to the more obvious end of the “one country, two systems” approach to Hong Kong, whose autonomy and democratic traditions are being quickly eroded.

It was notable that the communique issued by the leaders mentioned China a number of times, including in relation to the call for a “timely, transparent, expert-led and science-based” investigation into the origins of Covid-19, which has so far killed more than 3.5-million people. The theory that it might have been due to a lab leak in Wuhan, once dismissed as Trump-era propaganda, has gained traction in the US, heightening tension between the countries.

The potentially tricky position in which others will be put by the US-China competition was demonstrated in President Cyril Ramaphosa’s media conference on Sunday. SA, like others, is going to have to play a deft diplomatic game. For countries in Africa, this might even be an opportunity.

The G-7 has rightly been criticised for failing to come up with concrete solutions and practical commitments to deal with the crises facing the world. One of the more notable outcomes was the commitment of the rich countries, no matter how vague, to “develop a new partnership to build back better for the world, through a step change in our approach to investment for infrastructure, including through an initiative for clean and green growth”.

The official communique went on to say the leaders were “resolved to deepen our current partnership to a new deal with Africa, including by magnifying support from the International Monetary Fund for countries most in need to support our aim to reach a total global ambition of $100bn”.

This was clearly a response to China’s belt and road initiative, an ambitious programme of infrastructure projects to connect Asia, Africa and Europe, with the twin aim of aiding its economy to reach developed-economy status.

That programme has come under attack from observers, including financier George Soros, who said it was to the disadvantage of host nations who financed uneconomical projects through loans from China, citing a case that saw Sri Lanka hand over a port — nobody else would fund it — to China after failing to make payments.

The commitment from the G-7 nations might be a positive development for Africa, provided the rich countries, as Biden urged them to, deliver on their pledge to provide infrastructure funding on terms that are ambitious, sustainable, transparent and support its transition away from fossil fuels. Far away from the conditionality of structural adjustment programmes of yesteryear, the continent can only benefit from having diverse sources of funding, with an emphasis on supporting adherence to good governance.

Asked about Africa being caught up in the middle of a superpower struggle for influence, Ramaphosa was diplomatic, saying the continent should welcome investment from everywhere.

“The commitment from the G-7 to invest in our economies and to support our economies must not be looked at negatively,” he said. “It is actually a very positive development. We can never say that is a threat to China or pushing China out. We are very inclusive in our approach.”

SA, so often seduced by its membership of Brics with China, Brazil, India and Russia, is going to have to learn to play a more subtle game now that there’s an opportunity to deepen economic relations with its traditional partners in the West.

You can sneer at Magda Wierzycka calling ESG ‘largely meaningless’, but she has a point
Opinion
1 month ago