CEO Mike Brown is adamant his staff did not engage in dishonesty, corruption or collusion 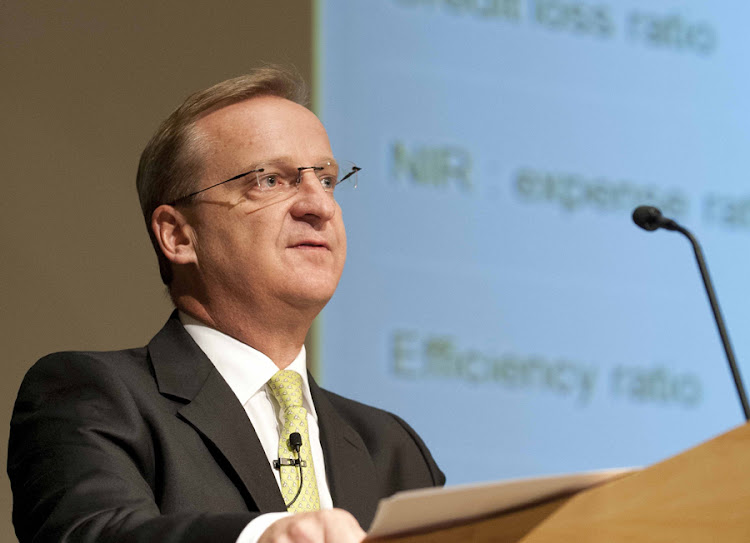 In an interview with Business Day after the announcement of Nedbank’s annual results, CEO Mike Brown responded publicly to the allegations contained in an amaBhungane article that accused the bank of being complicit in state capture through its dealings with Gupta-linked Regiments Capital.

Regiments and Nedbank had a formal business relationship dating back to 2009 that allowed Regiments to earn fees from transactions it introduced to the bank. Regiments, as a purportedly black-owned corporate advisory firm, developed relationships with a number of sophisticated public entities, including metros and large state-owned enterprises (SOEs) with funding and hedging requirements that needed the balance sheet of a bank to structure.

AmaBhungane alleges that Nedbank chose to ignore several warning signs that called into question the nature of the relationship Regiments had with its clients, which have subsequently been shown to be both corrupt and highly conflicted.

Last week Brown was adamant, in his defence of the bank, that its staff had not engaged in “dishonesty, corruption, collusion or breaches of law or regulation”.

Nedbank has already pointed out that no-one knew the full extent of the shadow state created under former president Jacob Zuma and which only began to be revealed with the appointment of Des van Rooyen, the notorious “weekend special” finance minister who lasted a couple of days as Zuma yielded to massive political and market pressure.

But corruption is not new to SA, and neither is the term “know your client”. Nedbank’s dealings with Regiments brought it a variety of transactions involving the metros of Tshwane and Johannesburg, and SOEs, including Airports Company SA (Acsa) and Transnet, in which it did generate substantial income.

According to amaBhungane, there were signs that Nedbank was concerned about the advice Regiments was providing to its clients. In one instance, as far back as 2009, a senior Nedbank executive was said to have intervened to ensure Acsa’s treasurer understood that the switching and swapping of interest rates on its debt at a such a dizzying speed was, frankly, unnecessary and would be costly.

This should have raised questions regarding the quality of the advice and the nature of the relationship Regiments had with its clients and, consequently, what these meant for Nedbank’s association with the group and the potential risks it might pose to its reputation.

It is a given that those tasked with negotiating and structuring multibillion-rand swaps and loans on behalf of institutions are expected to be sophisticated and understand the inherent risks of products and structures that are tabled. But even at this level transparency is non-negotiable, and it is unforgivable how Regiments repeatedly attempted to hide the fees it would earn from transactions with its clients.

The whole fiasco was illuminating from other perspectives. The application of BEE under state capture pushed numerous large local and foreign firms into business with what would turn out to be dubious partners.

Were the treasuries of public bodies properly capacitated with qualified professionals, the treasurers would have simply picked up the phone and asked to structure a deal directly with a bank. It seems Regiments became a gatekeeper that would provide whoever partnered with it something of a competitive advantage in dealing with public sector clients.

This is hardly state capture, but certainly questionable enough for those partners to be tainted by association.

A legislative proposal to make this possible has the wellbeing of the poor in mind, but is misguided
Opinion
5 months ago

Jacob Zuma must be jailed for his defiance, Zondo commission argues

Jacob Zuma must be jailed for his defiance, Zondo commission argues