It is likely that SA will fall down even further by at least by one notch, which will make the road back to investment grade even harder and longer 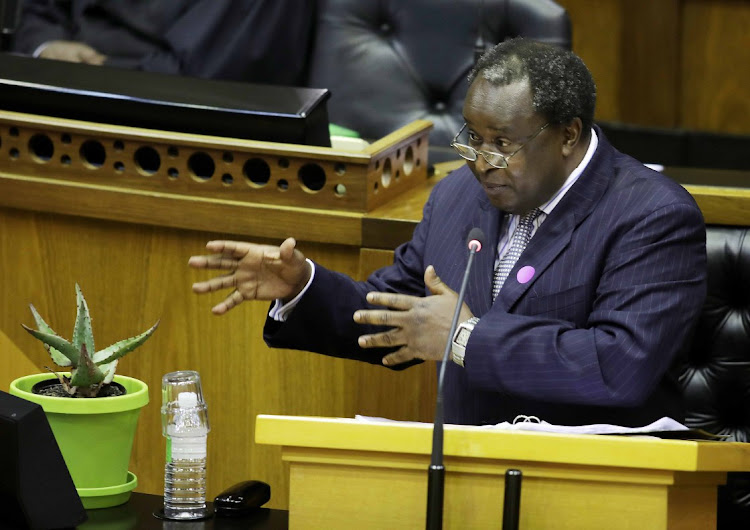 Has Tito Mboweni done enough? The ratings agencies will have their say soon enough, but it is hard to imagine that the medium-term budget policy statement presented by the finance minister on Wednesday will cure them of their scepticism that the government can deliver on reducing debt and growing the economy.

If recent history is to be a guide, they are likely to make known  their initial reactions in the next few days. And when they make their ratings moves in November, it is likely that SA, which has one of the highest debt-to-GDP ratios among emerging markets, will fall down even further by at least by one notch, which will make the road back to investment grade even harder and longer.

Initial moves in the currency and bond markets signalled that the decision to push back the time frame for debt consolidation, though widely expected, was not taken very well. Further downgrades seem almost inevitable. The question is how deep, and what the impact will be on the country’s already high borrowing costs over the medium to long term.

If the government had come into the Covid-19 crisis with a track record of delivery it might have been easier to accept that the decision to abandon, or delay, the “active scenario”, citing extraordinary circumstances. Instead of stabilising the debt-to-GDP ratio at 87.4% by 2023/24, the government is now looking at 95%. Of course, Mboweni will dispute this interpretation  and say that scenario is very much still on, pointing to the punishing cuts that he has budgeted for.

While the new target is on the high-end of the emerging-market average, it might gain acceptance over time in that it is at least more realistic and shows a deeper commitment than what was suggested by President Cyril Ramaphosa’s advisers, who wanted Mboweni to allow a slide to 100%. Once one takes into account contingent liabilities due to state-owned enterprises’ government-guaranteed debt that is likely to come due, it is a slightly different picture.

Mboweni told a press briefing on Wednesday, ahead of what he said he expected to be a “robust discussion” with Fitch Ratings, that there was no reason for SA to be downgraded again, having suffered at the height of the Covid-19 outbreak. The numbers are “what they are”, he said, and the Treasury was doing what it can under difficult circumstances.

Mboweni’s personal desire and commitment to fixing the country’s finances has never been in doubt. If that was the only issue to consider, there would be little reason to doubt. Unfortunately, the finance minister is not all powerful as in the past and the success or otherwise of his plan will depend on decisions made elsewhere.

The uncertain economic outlook — the Treasury’s downgraded GDP forecast is still more optimistic than the Reserve Bank’s — could also throw the debt projections off even before the next budget in four months’ time, and with that the debt and deficit projections. While, as Mboweni said, there is “no room for slippage”, the sad reality, borne by history, is that no-one can state with any degree of confidence that this will not happen.

And then there is the politics, which has led to money being taken away from students and the police service and diverted towards an airline that no banker would fund, even with a government guarantee. We have no doubt that Mboweni means it when he says the funding of inefficient state-owned enterprises has to stop, but, as SAA showed, this is unfortunately a collective, rather than a Treasury decision.

Given the choice between facing the stark economic reality or following an ANC conference resolution, the rest of the cabinet will choose the latter.

While Mboweni might get some credit for opting for a more realistic path towards debt consolidation, the ratings agencies might conclude that his way of getting there is actually less so, being premised on wage cuts that are even deeper than the R160bn that was promised earlier in 2020. Nothing union leaders have said indicates they are in any mood for compromise.

Unfortunately, there are too many implementation risks for us to think this time it will be different, no matter how much we wish Mboweni could convince the ratings agencies otherwise.

While business is not focused on protecting jobs, which is disappointing, the government should be
Opinion
11 months ago

In the meantime, the prosecuting authority could and should act without fear, favour or prejudice
Opinion
11 months ago
Next Article

PETER BRUCE: That screeching was Tito Mboweni hitting the brakes on promises to ...

PETER BRUCE: That screeching was Tito Mboweni hitting the brakes on promises to ...