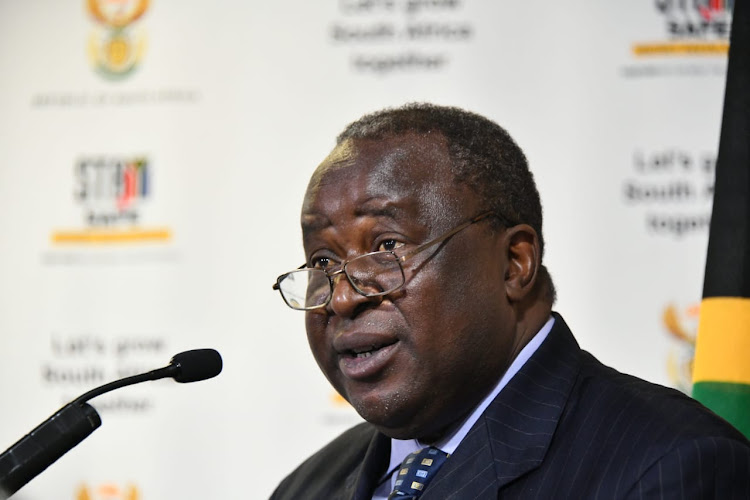 One thing in finance minister Tito Mboweni’s favour ahead of the supplementary budget he presented on Wednesday was that he wasn’t facing a highly expectant financial market, or one that was particularly uneasy.

While there was some weakness in the bond market, it was nothing compared with the build-up to that terrible week in March when SA was hit by a double whammy of a ratings downgrade and a lockdown that closed the economy. Surprisingly, 10-year bonds ended the day on a high note, with yields dropping the most in more than a month. The rand declined, but a move of 0.8% is hardly something to panic about.

It’s not as if there wasn’t a reason to be worried about what the budget speech contained, so we would take that relatively benign reaction with a pinch of salt. If the markets are giving Mboweni and his colleagues in the government breathing space, the ultimate test is how they use it and whether they’ll use the next few months to come up with a credible plan to boost the economy and bring debt under control.

Contrary to the belief of those on the fringes of conventional thinking that deficits don’t matter and that SA can buy itself prosperity through debt, and if that fails the Reserve Bank can print money, the budget made for grim reading because it points to some tough decisions ahead.

Business Day reported at the weekend that the deficit for 2020/2021 would be about 14%, more than double the 6.8% pencilled in for February’s budget. That was based on an expectation that the economy would shrink 6.4%. We wouldn’t have bet on the final numbers being even worse — 15.7% and 7.2%, respectively — and Mboweni must be congratulated on his candour. He was probably doing so in the hope that this would finally exercise minds within the ANC alliance. Unfortunately, based on experience, we are not that optimistic.

The government’s debt projections will of course raise eyebrows, and that’s not the part about the debt-to-GDP ratio rushing towards 100% in the next two years. The GDP shrinkage, coupled with the need to spend more to shield the economy from the effects of the Covid-19 pandemic, make that almost inevitable.

What comes with a huge credibility gap is the pledge to try to avert that and stabilise the ratio at 87.4% by 2023/2024. Like in the February budget, this comes on the back of spending and revenue plans that will be hard to achieve.

There’s likely to be huge political fights over planned spending cuts of more than R230bn over the next two years, with the government already embroiled in a dispute with public-sector unions. Even if the government achieved the R40bn in extra tax planned over the next four years, it will hardly make a dent given the government’s borrowing requirements.

Faster growth means higher tax revenue and therefore faster debt consolidation. Austerity that strangles the economy means the opposite. The problem with SA, as Reserve Bank governor Lesetja Kganyago doesn’t tire of saying, is that the country did not fix the roof before the rains came.

The rains come while the country is drowning in debt and is short on credibility. Telling the international markets that it wanted to boost spending through borrowing with a promise of a consolidation later probably would have been a hard sell while the country is already spending about 20c of every rand it collects in taxes on servicing debt.

The director-general, Dondo Mogajane, said it best when he noted that the choice is less about what the government does with spending or taxation — the solution “lies in us growing the economy”. To underline his point, he repeated “growing” three times.

Unfortunately that ingredient was missing from this budget, and as we don’t tire of pointing out, this is not something Mboweni can deliver on his own. The lack of political consensus within the ANC means ratings companies and bond investors will be far from being assured.

EDITORIAL: Sipho Maseko owes shareholders who refuse to hang up on Telkom