Business urgently needs more clarity and guidance on how economic growth is going to be delivered through policy reform, says BLSA 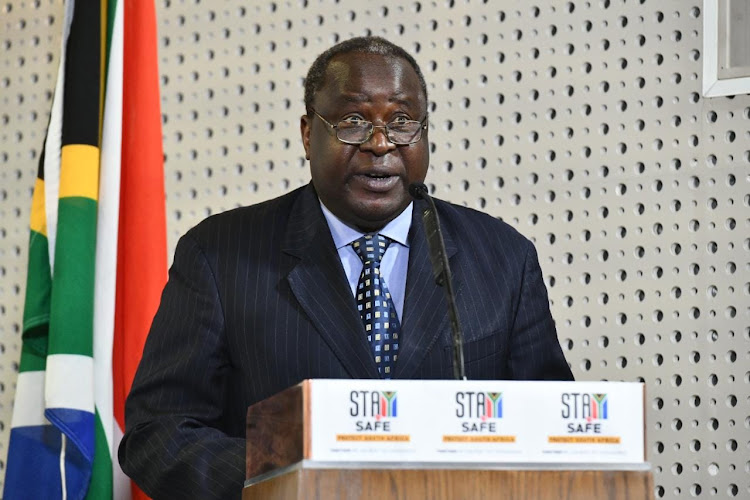 Finance minister Tito Mboweni's  supplementary budget is scant on measures to stimulate economic growth and leaves too much room for speculation at a time when certainty is required to drive investor confidence.

While Mboweni himself described his supplementary budget on Wednesday as an “extraordinary” plan aimed at saving lives, protecting livelihoods and building a bridge “to a prosperous future”, business, political parties and labour seemed unimpressed.

He said the Treasury expected the revenue shortfall to be more than R300bn, and that the consolidated budget deficit was expected to reach 15.7% of GDP for 2020/2021, up from February’s estimate of 6.8% of GDP.

“Our early projection is that gross national debt will be close to R4-trillion, or 81.8% of GDP by the end of this fiscal year. This is compared to an estimate of R3.56-trillion or 65.6% of GDP projected in February,” said Mboweni, adding SA needed new sources of funding.

“Government intends to borrow about $7bn (R121bn) from international finance institutions to support the [Covid-19] pandemic response. We must make no mistake, these are still borrowings. They are not a source of revenue. They must be paid back.”

Business Leadership SA (BLSA) said the minister’s warning was clear that “if we continue as we have, we will end up in a debt crisis that will see us lose our sovereignty to our lenders”. The organisation applauded the clear commitment Mboweni made to fiscal discipline that will save SA, “but we urgently need more clarity and guidance on how economic growth is going to be delivered through policy reform”.

It said the economy needed to be radically changed as SA needs many years of 5%-plus growth to tackle unemployment and poverty. “What concerns us most is establishing that growth trajectory.”

Businesswoman Nomkhita Mona, chair of the newly established Association of South African Chambers, said the “astronomical debt-to-GDP projections” are concerning and the minister is not being alarmist in warning of a sovereign debt crisis, which would be accompanied by further downgrades.

“However, the budget lacked crucial details on how SA would fund the deficit and improve its fiscal sustainability over the medium term. Additionally, there was no real information on what is to be done with SOEs [state-owned enterprises] — other than the recapitalisation of the Land Bank.”

Mona, who also serves as CEO of the Nelson Mandela Bay Business Chamber, said the shift to zero-based budgeting, however, was “a significant development which will help cut back on overspending and inefficiency. This is what the private sector has been advocating for many years”.

DA finance spokesperson Geordin Hill-Lewis said there was no clear plan from Mboweni for economic growth. He commended the minister for having painted “an accurate picture of the horror story of our public finances, and he was right to describe how much worse things will get unless there is a very sharp turnaround soon”.

“But beyond that, the speech sounded like more of a plea to his own party to support the stalled economic reform agenda, rather than a detailed plan for how to avoid a full-blown sovereign debt crisis. Without this detail, the speech lacked credibility,” said Hill-Lewis.

IFP spokesperson on finance Inkosi Mzamo Buthelezi said they welcomed the zero-based budget approach as it allows for flexibility in the financial management in response to the Covid-19 crisis. However, he said Mboweni was scant on details about reigniting the embattled economy, saying he has left “too much room for speculation in a time whereby certainty is required to boost investor confidence”.

Former Johannesburg mayor and founder of The People’s Dialogue, Herman Mashaba, said the budget failed to announce measures to stimulate the economy.

“This budget was the time for brave and decisive leadership, an announcement of a new direction to drive our economy forward and reduce the hardships of jobs losses that are certain in our future,” said Mashaba.

“Perhaps where the greatest failures of the minister’s amendment budget lie, is in what he did not say. He failed to announce where government is in the process of securing funding from the IMF and World Bank and what conditions are being attached to such loans.”

Cosatu spokesperson Sizwe Pamla said they were disillusioned by the budget as it did not match the needs of workers and the economy. “We are now in danger of entering an economic depression and the scariest thing is that government does not have a plan. This budget only served to remind us that as workers, we are on our own and the policymakers have no idea what they are doing.”

“Cosatu is amazed that the minister did not allude to a road map to save our key economic SOEs. There is nothing in a form of a concrete plan tabled on how it seeks to rationalise and align the SOEs and the generally huge pay and benefits structures within the SOEs.”

This requires tax measures of R40bn over the next four years, as the government looks to stabilise debt at 87.4% of GDP in 2023/2024
National
10 months ago

In February, before Covid-19 hit SA, the minister had pencilled in big cuts to the public-sector wage bill in an attempt to trim the budget deficit
National
10 months ago