IAN PALMER: Our democracy depends on local municipalities, not districts 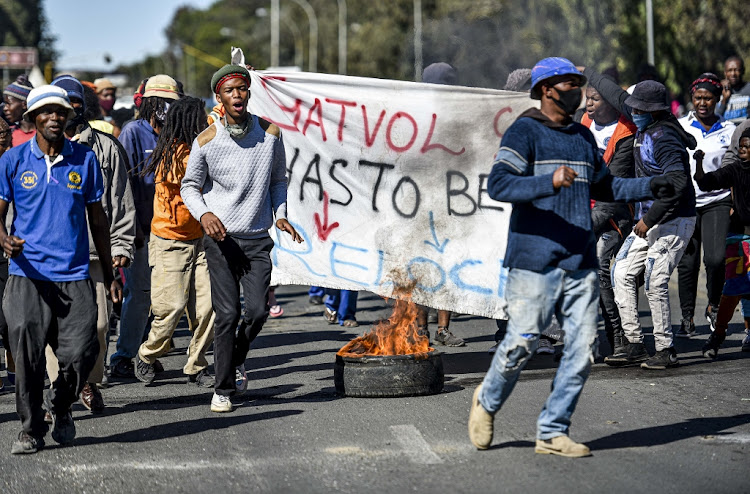 Residents protesting over poor service delivery and irregular appointments in the metro municipality in Heidedal on May 18, 2021. Picture: GALLO IMAGES/VOLKSBLAD/MLUNGISI LOUW

I am a great admirer of Michael Evans, both as a person and for the contribution he has made to public sector law in SA over about three decades. But I have to take issue with his arguments promoting district municipalities above local municipalities (“Time for a major restructuring of local government”, June 29).

Based on my own experience, working with others researching local government structures and systems over the past 20 years, much of this for the department of co-operative governance, I believe the opposite: that local municipalities can bring substantially greater benefits than districts.

First, SA local municipalities are already large by international standards. Austria, Switzerland, Brazil and Mexico all have more than 2,000 local authorities with a single tier; the US, Germany, Spain, Philippines, Indonesia, China and Ghana have two-tier local government but with 8,000 or more local authorities. Further, those with two tiers have a far wider “span of control” with far greater numbers of local municipalities per district than we have in SA.

The primary argument for smaller local authorities, as applied in all these countries, is that they are more democratic, closer to the people they serve and hence better able to serve them. In SA, we have 257 municipalities and yet there are arguments for having fewer based on a misplaced view that larger municipalities are more effective.

Second, to follow this issue on size, the evidence on performance must be considered. Most significant is a comprehensive analysis by the National Treasury and department of co-operative governance undertaken in 2016/2017 to assess the extent to which municipalities are “distressed”. This analysis assessed service delivery, governance and financial distress and shows no clear relationship between size of municipality and distress.

For example, 41% of small-town municipalities were found to be in distress but so were 37% of the far larger secondary cities. Interestingly, only 28% of mostly rural local (B4) municipalities were categorised as distressed, in comparison to 52% of their much larger district (C2) partners. A similar pattern emerges from the auditor-general’s report on local government finances for 2020/2021. There is no difference between local municipalities and intermediate cities regarding the percentage that received unqualified reports. And the C2 districts — those that have service provision responsibilities — fared worse than their local counterparts.

This is based on two fundamental principles. The system of transfers from the national fiscus is intended to cover the cost of provision of basic services to the poor, whether they live in a large or small municipality. And for those households that are not poor and hence not eligible to receive free basic services, municipalities are mandated to raise revenue from them in the form of rates and tariffs to cover the cost of service provision, regardless of whether they are in small or large municipalities. Throughout the world this is how local authorities function, many of them far smaller than ours.

Fourth, we need to address the myth that smaller municipalities cannot provide services effectively. This is not true: municipal service provision is not “rocket science”, as stated by Eastern Cape academic and activist Philip Machanick in a recent article in the Mail & Guardian (“Make leaders pay for broken municipalities”). Repairing potholes, collecting solid waste and keeping a pump or an aerator functioning is straightforward provided technical support is available and there are effective procurement systems in place for buying materials and components, most of which are commonly available.

For me, the best example of this was the municipality of Laingsburg in the Western Cape, which was one of the two smallest municipalities in the country and for 15 years was a top performer, as assessed inter alia through the Vuna awards that were applied at the time. It is true that Laingsburg is no longer a good performer, but this is related to governance issues, not size.

District municipalities that have been mandated to provide water and sanitation services in rural areas of SA (so-called C2 districts) serve an average of 750,000 people each and have largely failed: they have created expensive and cumbersome bureaucracies primarily using transfers from the national fiscus; they raise far too little revenue from those that can afford to pay and have proven unable to recruit sufficient technical expertise. The result is obvious: how often do we read about the shocking status of water supply in rural areas? Looking more broadly at technical expertise, statistics on engineers in local government per capita served show a declining trend with large municipalities and an inclining trend with smaller municipalities.

In the end, the shortcomings of local government relate not to the size of a municipality but to governance failures, which are becoming legendary (“Cadre deployment has poisoned our municipalities”, June 5). All too often municipal councils are sites of conflict between political parties or factions within parties, rather than sources of sound political leadership and caring support for officials. Dysfunctional councils, which exist across the size spectrum from metros to small municipalities, are not well placed to appoint and retain the most competent municipal managers and other top officials, hence municipalities flounder as organisations.

When governance failure is so well understood as the primary concern with local government, why is it that the solution is held to be institutional restructuring, as proposed by Evans? This distracts us from the overwhelming objective to sort out governance. Based on the arguments above, I believe this is best achieved through better support from national and provincial government, getting councils closer to citizens, and focusing on the basics of service provision, including access to technical expertise.

If we are to do any institutional restructuring we should retain local municipalities as they are and have fewer districts.

• Palmer, a recently retired adjunct professor with the African Centre for Cities at the University of Cape Town and lead author of ‘Building a Capable State — Service Delivery in Post-Apartheid SA’, is cofounder of public sector consulting firm PDG.

Chief Justice Raymond Zondo’s final instalment of his report on state capture details the efforts of public officials to stymie investigations of the ...
National
1 month ago
Next Article