From energy to food security, the signs are not promising and ever harder to interpret 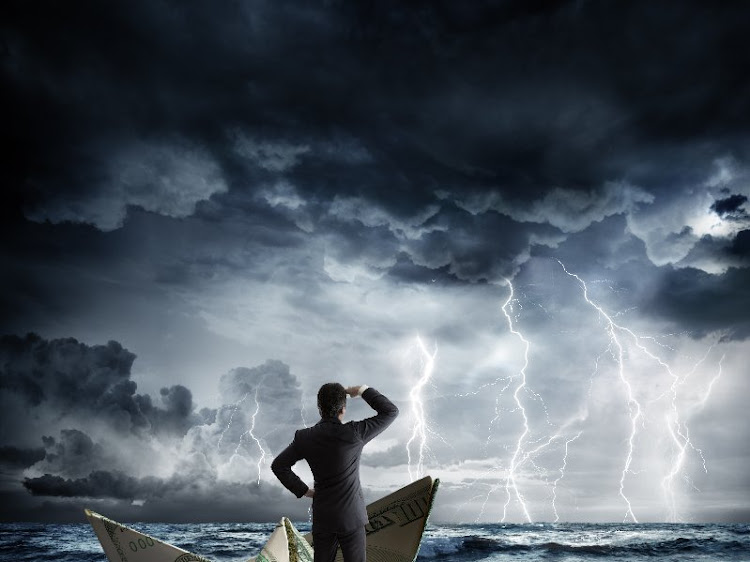 Multiple crises are compounding each other, indicating troubled waters ahead, the writer argues. Picture: 123RF/SOLERF

Former British prime minister Harold McMillan identified unforeseen events — those out of your control — as the ones that have the biggest impact on politics and the economy. When major events coalesce and collide the ramifications are epoch-defining.

This is now happening as the world responds, tentatively, to the legacy of the Covid-19 pandemic (disrupted economies, changing supply chains) and awaits clearer indications of the medium- and longer-term consequences of the Russia-Ukraine conflict.

Was any of this foreseeable? Take yourself back to 2019. While some like Bill Gates had predicted a global virus, few would have countenanced what transpired because of the Covid-19 pandemic. Cities shuttered; borders closed. A global work-from-home experiment.

Similarly with the war in Ukraine. There were indications that the simmering conflict could escalate, but few would have envisaged where we are now. A global cost-of-living crisis, 20-million tonnes of food commodities blocked. The threat of military expansion, even nuclear conflict. A new cold war and global polarisation.

Policymakers have various tools and processes to try and anticipate possible scenarios. Yet it is an imperfect science. They struggle to escape from a linear view of the world, where pulling the right levers will get the economy and society back on track after shocks and crises. Such an approach ignores how systems interact.

We are now seeing how a conflict in Europe directly affects the basket of staple goods in Checkers. Globalisation has connected countries to collective impacts — negative and positive — meaning actions in one country have immediate spillover effects elsewhere.

What can we expect next? First, the global disruption to supply chains caused by the pandemic is pushing more firms to limit their risk exposure. The Russia-Ukraine war — with encouragement from Western governments — will accelerate this trend.

Second is recession. The World Bank predicts recession is likely for many countries. At present there is uncertainty, which results in a lack of confidence to invest. Money stands still.

The fate of the Chinese economy, the world’s second-largest, is critical too. The government is trying desperately to deflate a property bubble. Lockdowns have ravished economic activity. Geopolitics is seeing shifting supply chains, like in the important semiconductor sector (critical for smartphones, weaponry and computers). There are many risk factors here.

The situation is especially dangerous with crises compounding each other.  UN secretary-general Antonio Guterres said the war is “supercharging” a crisis in food, energy and finance in countries that were already struggling to deal with the Covid-19 pandemic, climate change and a lack of access to adequate funding for economic recovery. As many as 1.7-billion people — a third of whom are already living in poverty — are now highly exposed.

This has led to the current uncertainty, economic stagnation and ever-increased inequality. These ingredients usually result in the appearance of political charlatans trading on xenophobia, populism and easy promises. The most recent 2008 global financial crisis created a fertile environment for political reactionaries such as Donald Trump, Rodrigo Duterte and Jair Bolsonaro, and reactionary processes such as Brexit.

Populists feed off a sense of unfairness and growing disconnect between ordinary folks and those at the top in politics and business. The same happened in 1929 following the Wall Street crash, with disastrous consequences.

There are many indicators of troubled waters ahead. The Russia-Ukraine war has forced a more binary view of the world. It has accelerated the already deepening rivalry between China and the US-led West. As during the last cold war, Africa has again emerged as an arena in which to exercise rivalries.

The 1987 global financial crash resulted in even bigger losses than the 1929 crash. It came at a time of famine in the horn of Africa, a deadly HIV/Aids pandemic, and multiple wars from Afghanistan to Iran and Iraq. Yet it was quickly followed by the end of communism, the opening of global markets on a scale unseen before, and the largest drops in global poverty in human history.

• Rynhart is senior specialist in employers’ activities with the International Labour Organisation, based in SA.

At a time when the world should be pursuing radical reform in the energy sector, the opposite is happening and the world will pay heavily for it.
Opinion
1 week ago