That SA is facing serious economic and fiscal headwinds is no longer a debate. The data and evidence are glaring for everyone to see. Unemployment has reached record highs, having recently been recorded at 34.5% by Stats SA. That is a whopping 8-million or so of the most vulnerable in the adult population with no means to support themselves and their families. Economic growth has averaged below 1% per annum since the democratic transition, despite sporadic green shoots triggered by commodity boom cycles.

Many people who expected to reap the democratic dividend are stuck in a devastating state of destitution and disillusionment as the economy demonstrates an inability to apportion the available meagre economic spoils equitably across regions and citizens. A picture of hardship has become a permanent feature of the socioeconomic landscape, illustrated by mushrooming informal settlements, vagrancy, day job seekers along high streets and long social grant queues. With the growing disquiet over unmet expectations, community protests have become a daily occurrence, with some anecdotal reports claiming as many as 1,000 incidents a day during 2020 and 2021, presumably on account of lingering Covid-19 imposed economic crises.

July 2021 was the last straw of community displeasure (and the detonation of the time bomb many had warned about) when the country erupted into social unrest, which left thousands of shops looted, billions of rand in damage to property and over 300 people dead. I’m certain no South African wants to see the horrible events of last July being repeated, not least the very disenfranchised communities that tend to bear the disproportionate burden of violent protests through job losses and public service interruptions. Townships experience days on end without electricity due to infrastructure vandalism, adding further strife to people eking out a living from the township economy. Water supply interruptions in the rural areas are a way of life because of failing municipalities.

All the while the public finances and policies that must respond to these challenges seem noticeably unresponsive and insufficient if not completely inept. The government collects revenue in the order of R1.3-trillion a year and dispenses over R1.6-trillion, supplemented by deficit finance (borrowing). When debt service costs (debt repayments) are included, annual expenditure is a whopping R2.1-trillion. This is by no means an insignificant amount, despite what is often proclaimed by budget claimants entrusted with the responsibility to effect meaningful social transformation. By way of illustration, SA’s total consolidated (including debt service costs) spending is about five, six and seven times the entire GDPs of Zambia, Zimbabwe and Botswana, respectively.

Admittedly, the size of expenditure is of no consequence to anyone if it does not change their material conditions for the better.  What matters is the composition of such expenditure and the resulting impact on broader development. A R1.6-trillion fiscal injection must be felt by every citizen in the country, and especially the needy through better access to basic services, infrastructure and work opportunities, among others. The budget must be responsive to development policies to set in motion a sustainable and inclusive growth trajectory.

Regrettably, the composition and outcomes of public spending are a subject of growing concern. At an aggregate level the structure of spending seems well targeted, with education, health and social transfers accounting for 54% of the total budget. However, the micro and meso levels (subnational and programme) tend to exhibit worrying levels of fiscal, performance and accountability erosion.

This erosion is not always clear to the naked eye because it manifests within the operational or administrative machinery of the government and is inaccessible to the public. For instance, few people would know that over 80% of the national education and some municipal budgets comprise employee compensation, thereby leaving few resources for developmental programmes.

Similarly, there is no available information about the nature and prices of goods and services purchased through the budget, and more importantly the prioritisation process that leads to the allocation of resources to various projects. Consequently, the government wastes limited resources on frivolous programmes and initiatives at highly inflated prices, attracting the scrutiny of the auditor-general, who has not been shy in issuing adverse audit opinions when necessary.

A classic example of such unrelenting profligacy and misprioritisation is the recent R22m monument flag proposal by the department of arts & culture, which caused a public outcry for being insensitive to the plight of struggling artists and, perhaps unfairly, the millions of unemployed South Africans. The flag incident is not isolated. Many other initiatives or projects (mostly one-off) have been proposed in the budgets of various departments in the interests of expediency, at times neglecting to approve follow-through costs.

As a result, the budget is constantly undergoing reprioritisation in a scramble to fund pork barrel initiatives. Reports of misuse and maladministration in the media and by watchdog institutions do not invoke equivalent corrective actions from elected accountability structures due to an incestuous political-administrative interface. As the culture of profligacy and underperformance intensifies, the fiscal position has deteriorated markedly because the deficit is financing recurrent expenditure instead of growth and employment-inducing investments.

The commission I lead, and many other sister chapter 9 institutions, are constantly looking for solutions to improve the state delivery machinery and, more importantly, the impact of spending. We do this through independent and evidence-based research and disseminate our recommendations to the executive and the legislatures, which must hold the executive accountable for translating such solutions into actions.

Our role is to act as an arm’s length sounding board and sound a warning bell, particularly when the fiscal matrices granulate. In preparation for the 2023 budget my commission has tabled a compelling set of recommendations to deal with corruption, youth unemployment, the wage bill and local government re-engineering, among others.

The recommendations complement other progressive advice given to government by South Africans in various capacities. However, it is becoming increasingly apparent that the response mechanism to such advice may be flawed. It may very well be a reflection of the erosion highlighted above, or the impracticality of the solutions provided. The debate is moot. What is uncontestable is that the country faces dire socioeconomic circumstances that are likely to worsen as the global economic outlook deteriorates and the domestic fiscal headwinds tighten in return.

While I acknowledge that government is a complex institution with multiple and competing interest groups, the picture I have painted in this article will change only if we invest in capacity to translate advice into action and commit to quality execution. SA has no shortage of solutions.

• Dr Mbava chairs the Financial and Fiscal Commission, an independent advisory institution established in terms of the constitution with the primary role of ensuring equitable and sustainable intergovernmental fiscal relations.

SA’s downfall has been its failure to properly implement the holistic, research-based NDP 2030
Opinion
3 weeks ago 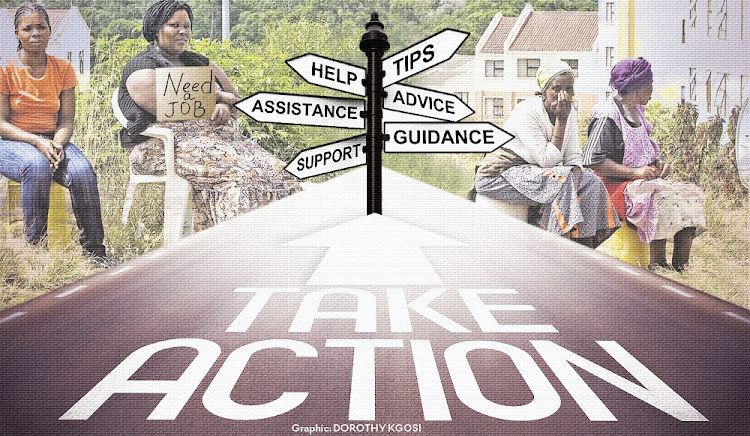 LULAMA QABAKA: Succesful SOEs — yes, we do have some — are ethically effective

LULAMA QABAKA: Succesful SOEs — yes, we do have some — are ethically effective